The National Park Service had a tradition of honoring landmarks in different industries. Some thought the selection of a brewery as a national landmark was odd. 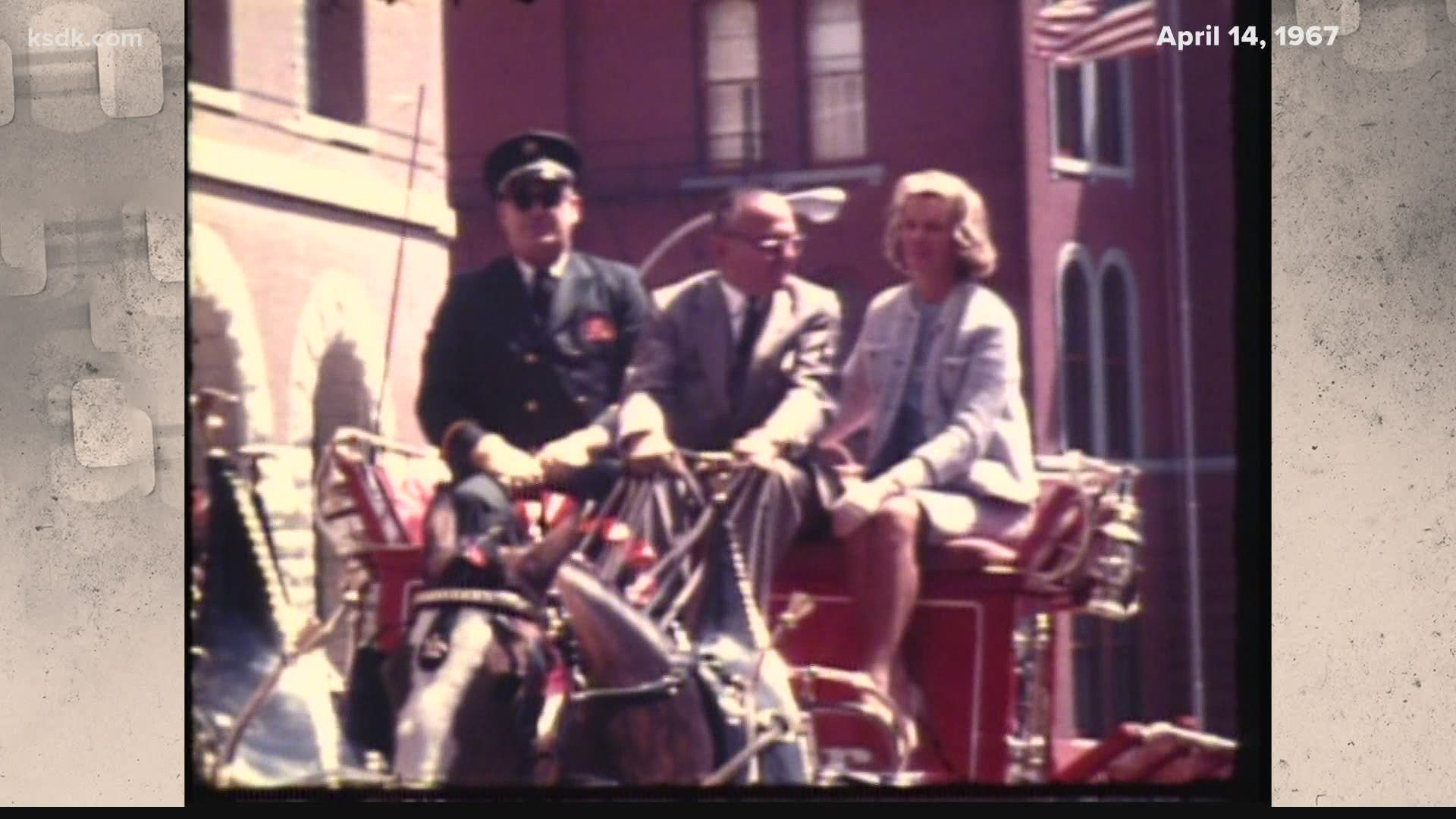 ST. LOUIS — There's an unusual plaque hanging on the exterior of the Anheuser-Busch plant in Soulard.

It honors the brewery as a registered national historic landmark.

In this week’s Vintage KSDK, we go back to the spring of 1967, when crowds turned out for the official dedication ceremony.

That ceremony was held on April 14, 1967. Under sunny skies, dignitaries, a packed crowd and even the famous Clydesdales gathered outside the brewery to celebrate.

On hand: George B. Hartzog Jr., the director of the National Park Service.

In remarks at the podium, he told the crowd, "It is a distinct honor to now award the Anheuser-Busch brewery a landmark plaque dedicating it as a national historic landmark."

Then, as a patriotic banner was pulled aside, the marker was officially unveiled. The historic designation was granted in 1966, but the ceremony wasn’t held until the following spring.

The brewery's founder, Adolphus Busch, was a German immigrant who began making beer on the banks of the Mississippi River in 1852. His father-in-law Eberhard Anheuser was his partner.

Anheuser-Busch would grow to become the largest brewery in the world by 1957, with his grandson Gussie at the helm.

He also spoke at the dedication ceremony.

“All of us at Anheuser-Busch deeply appreciate the honor that has been given to our brewery," said August "Gussie" Busch Jr., the late president and chairman of the brewery.

Today, the property is a National Historic Landmark District, with three buildings in the complex included in the designation: the brewhouse, dating back to 1892; the administration building that once served as the Lyon School, built in 1868; and the stables built in 1885.

The Anheuser-Busch plant was the first brewery to be designated a national landmark.

National Park Service historians had a tradition of honoring buildings and properties in different industries, and newspaper articles from the time mused that some thought the selection of a brewery as a national landmark was odd.

But Hartzog praised the selection as one that reflected the rich tapestry that makes America unique.

Our KSDK reporter asked Hartzog about the honor. "What does it mean besides putting a plaque on the building?”

“It means that the owner agrees to maintain the historic integrity of the property," Hartzog said.

Buildings designated as national landmarks are typically inspected every two years to make sure the historic integrity is protected.