Vintage KSDK: Severe weather pounded the bi-state for 5 days in May 2004

It was a severe weather outbreak unlike any other. Storms brought day after day of flooded highways, damaging hail, and tornadoes. 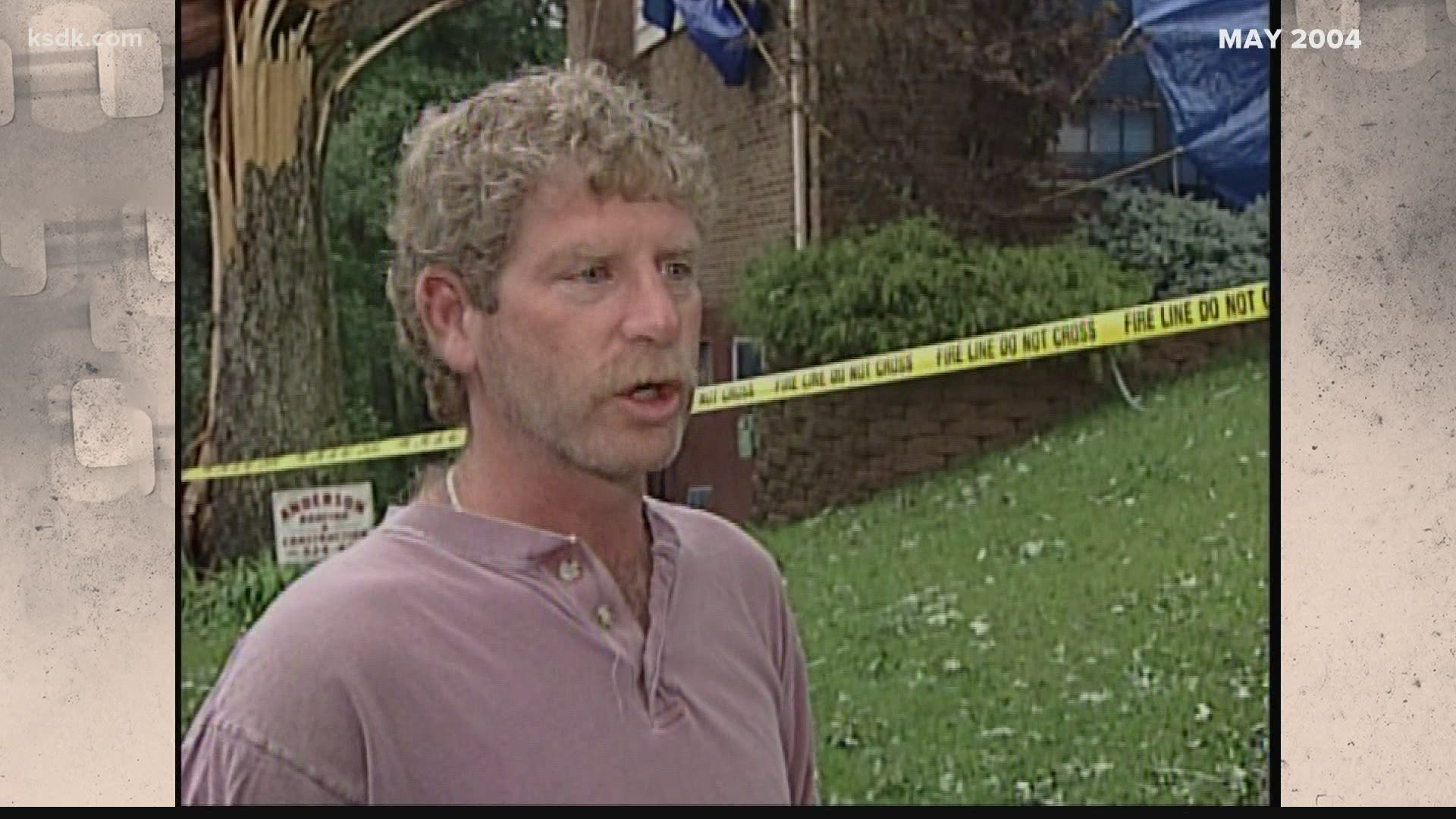 ST. LOUIS — If you think our May weather has been unusual, let's take a trip to 17 years ago, when five straight days of severe weather brought high winds, tornadoes, and flooding to the bi-state.

It all started on Monday, May 24, 2004. Wave after wave of pounding rains, high winds and lightning.

According to a National Weather Service (NWS) report from the time, a wavering frontal boundary draped across Missouri and Illinois created the perfect conditions and instability for sustained severe weather.

By May 25, 2004, damaging hail swept through Missouri and Illinois.

Credit: KSDK
Hail covers the ground at Mary Institute and Country Day School in Ladue in late May, 2004.

The grounds of Mary Institute County Day School covered with chunks of ice.

"We all ran outside saying what about our cars,” said one student, “so everyone ran outside and we realized we couldn't stay outside because it was a blizzard of hail."

Credit: KSDK
Students from Mary Institute and Country Day School survey hail damage after severe storms roll through the bi-state in late May, 2004.

Penny- to golfball-size hail broke out car windows in a wide area, and up to 3 inches of rain fell in just 30 minutes, making driving treacherous.

Town and Country, Kirkwood, St. Louis, and Creve Coeur were hit the hardest.

A Creve Coeur family had to find another place to live after a tree landed in their daughter's bedroom.

"It sliced her room in half, crushed her closet and one of her beds, she has two beds up there," said the homeowner.

"Fortunately, she wasn't up there because she wouldn't have made it out.”

For five days, highways and main thoroughfares would be intermittently shut down due to flooding, including Brentwood Road, I-64 at Hampton, and I-44.

Things only got worse on the evening of May 27th when a strong line of thunderstorms triggered several small tornadoes.

In all, the National Weather Service Office in St. Louis issued nearly 450 watches, warnings and statements over the course of five days.

Over 60 reports of property damage due to hail and severe wind gusts were reported to the National Weather Service from Saint Louis County alone.