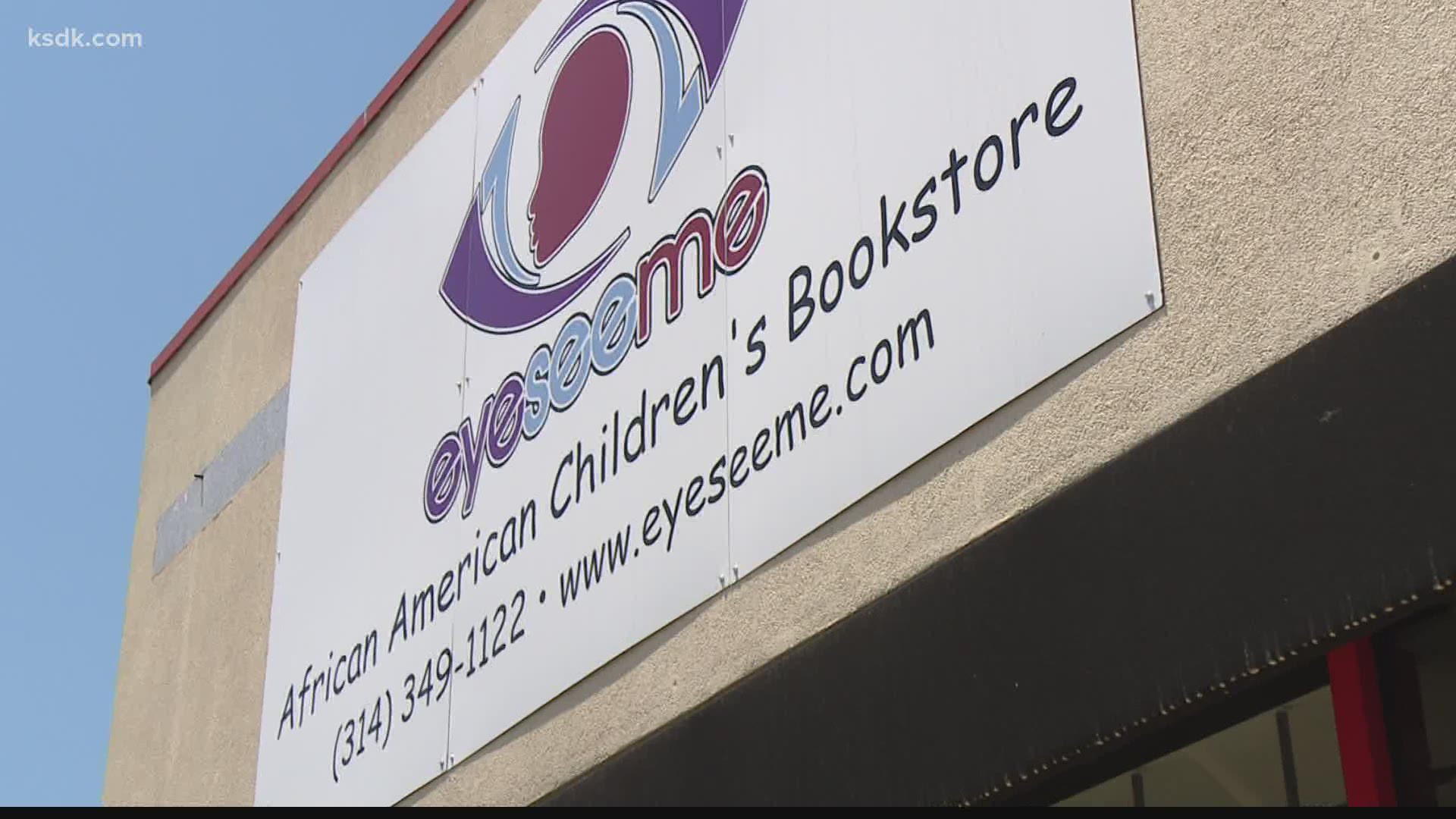 UNIVERSITY CITY, Mo. — Jeffrey Blair's business idea was born out of necessity. He and his wife saw a gaping hole in their own life and decided to fill it for other families.

“Myself and my wife started on this quest of creating Eyeseeme Bookstore just from our experience raising our own children," Blair said. "Finding it extremely difficult, if not impossible, to find books that really empowered them, that have positive images and stories about African Americans that are doing positive things and contributing to society."

The store, which is located in University City, offers books for all age groups in an array of genres- the common theme is that they all showcase black characters and authors.

"We have fiction, non-fiction, graphic novels and poetry," Blair said.

While there are many titles that focus on the issues of slavery of the Civil Rights Movement, Blair said it's important to know that the store doesn't just focus on those areas.

"We have Black Panther," Blair said. "We also have Catherine Jonson, and her contributions to NASA."

Blair said, as images of police brutality, racism and protests go viral, it's more important than ever children, especially children of color, to see other images as well.

"If the only time you’re speaking to your children about their blackness is when there’s an issue or when there’s a protest going on, then there are certain clues that they will pick up, like that’s the only way I can define myself," Blair said.

He said books showcasing empowered, positive black characters creates a sense of dignity for children that may be lost if they are never able to see themselves in the stories and images they digest every day.

Bookstores in Washington D.C. where, like many cities, large protests have taken place over the past few weeks, have reported an increase in sales. Blair said his store has seen the same.

"We've seen a surge in our sales, especially with books dealing with race and anti-racism," Blair said. "I think the whole book industry is seeing a surge in that, which is a great thing."

While he said George Floyd's death was untimely and unfortunate, he said the result of people wanting to seek understanding is one positive for the community to hold on to.

For children, he said showing images of characters of color isn't just important for black children.

"That was part of our education," Blair admitted. "When we first started, our focus was on our children. Our focus was on African American children and filling that gap of books where they don’t see themselves positively.  Along the way, based upon our relationships with different schools and different organizations, a lot of them being predominately white, the realization came that all children need black books. Their children need to see other children doing other things as well, so it won’t seem so odd to them when they see that, and they don’t make false conclusions.”

In the midst of the pandemic, Eyeseeme has been operating online and offering curbside service. Blair said he hopes the store will be back open in about a week, depending on data.

RELATED: 'He was an innocent kid having fun' | Family wants justice for 14-year-old killed in East St. Louis

RELATED: What are people’s rights during a demonstration?

RELATED: "That's where we will get the real returns" Volunteers launch voter registration drive in honor of St. Louis Police Capt. David Dorn

RELATED: 'His life was senselessly taken from me' | Widow of David Dorn calls for change