Some bars preparing to reopen as restaurants under new TABC regulations

For some businesses, it's a long-overdue adjustment. But it also means spending more money on new kitchen supplies. 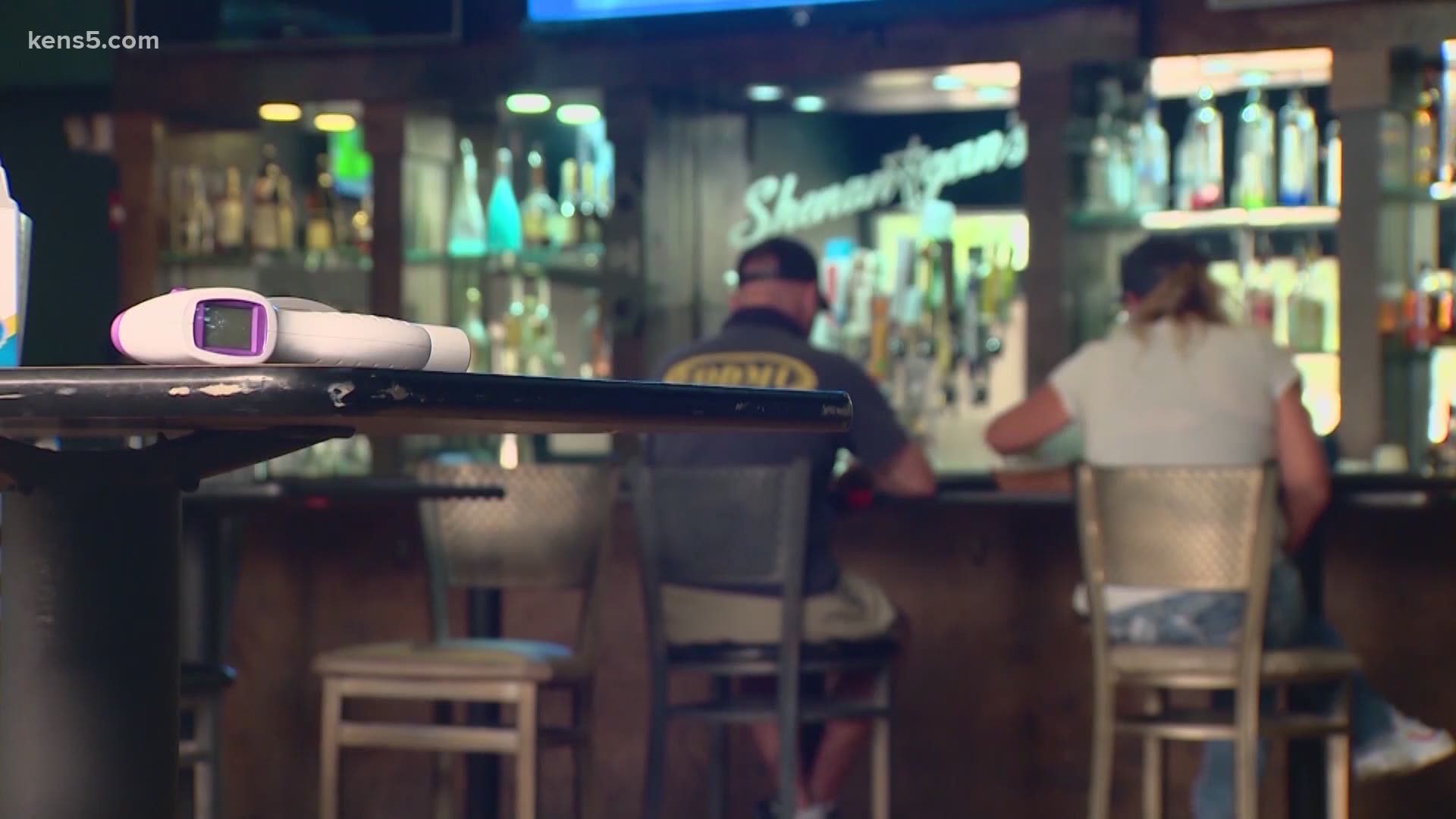 SAN ANTONIO — Bars can reopen, welcome back customers and serve up refreshments with a new lease on life. A notice from the Texas Alcoholic Beverage Commission is giving them a chance to reclassify as a restaurant.

For Albert Cortez, who co-owns Shenanygans Sports Bar on Babcock Road, the adjustment is long-awaited.

"We had just bought it in February," Cortez said of the business venture.

Righ away, they had to get used to running a business during a pandemic. In accordance with shifting local guidance, that meant closing, reopening at limited capacity, then closing again.

Now they're reopening once more—this time as a restaurant.

"You know, you're trying to make sure that you cross every 't' and dot every 'i'," Cortez said.

The TABC sent out its new guidelines last week. According to the commission, some bars can qualify as restaurants under limited circumstances.

Texas bars have two options. They can fill out a form which proves their business is making less than 51% of its sales from alcohol, thus de-classifying it as primarily a bar. Or, they can apply for a Food and Beverage Certificate, wherein the business will have have to increase kitchen capacity or have permanent food trucks so that the majority of profits don't come from alcohol.

Reopening doesn't take away all of Cortez's financial worries. Now, they need to buy more food and other supplies.

"They say, 'Oh you're able to open like that and you're able to do this', but there's stuff that goes into making it work," Cortez said. "It costs money."

But this opportunity does give Shenanygans another chance to withstand volatile economic times.

To date, TABC has processed requests from approximately 250 bars across the state asking to recertify their sales as less than 51% of their total gross receipts, which would enable them to operate as restaurants.

Braunda Smith, who owns Lucy Cooper's Texas Ice House, also reopened her bar under the new guidelines. But the fight continues for her friends.

"We are very thankful for the ability to pivot and were able to get our FB Blue License. We didn’t change anything from our operations that we submitted to TABC; we are the lucky ones that naturally fell into the FB Blue License," Smith said. "Now it’s time to continue to push for help for ourselves and the hundreds of the 51-percenters whose businesses remain shuttered with no financial rescue plan and running out of money and hope closing permanently every single day across Texas."