The simplest way to explain it? People aren't selling their homes 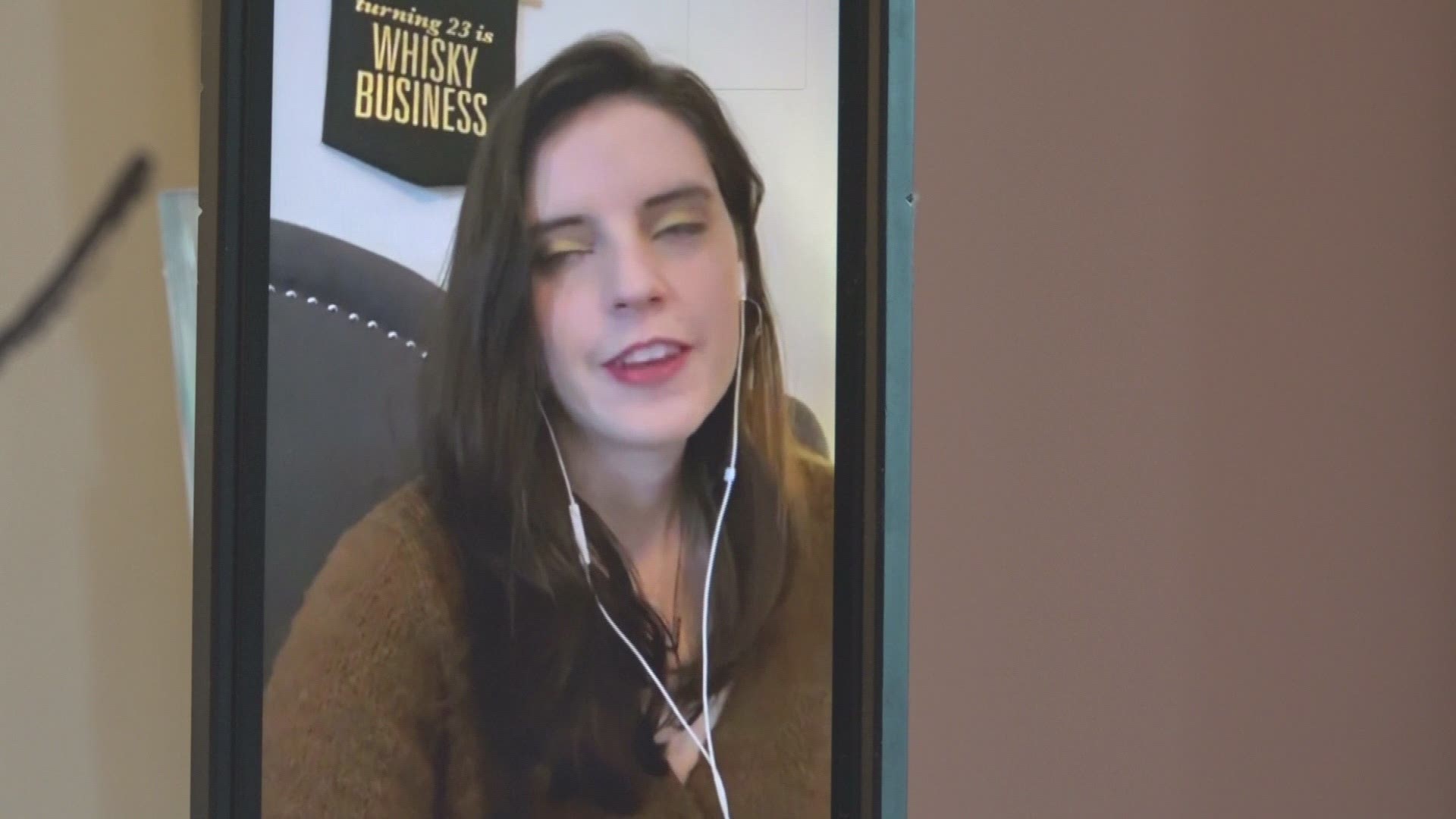 ST. LOUIS — “I have these balloons that I kind of want to blow up and just like have all around the house just to make it a little party,” said Victoria Smidt, a first-time home buyer. But she says she’s not getting her hopes up.

“Right now the market is ridiculous,” she said.

When it comes to real estate, there's the "seller's market," the "buyer's market," and the 2021 market, which local agents say is unlike anything they've ever seen.

“There is very, very limited inventory,” said realtor Sarah Bernard. “We've never seen it like this in St. Louis."

The simplest way to explain it? People aren't selling their homes.

That means people who want to buy have fewer homes to choose from, and it's more competitive. That can be good news for sellers who might get offers to pay in cash, buy without inspection, or go above asking price.

“With a lack of homes and still a lot of buyers, it's a bit of a feeding frenzy right now,” said Bernard.

But that also shuts out a lot of people, especially first-time homeowners.

“That's very disheartening because they have worked very hard to get these down payment and closing costs. But they're not able to pay the 10, 15, 20 and in some cases thirty thousand dollars over the asking price in this market,” said Broker Gail Brown. She worries about equity — in real estate, and communities.

“There were already disparities in the marketplace and the inability for a certain segment of the population to gain wealth. But if they're not able to take advantage of the appreciation that's happening in this market, then they will continue to be behind, will continue to lose opportunities,” she said. “I'm very concerned about that in this market.”

It's not all good news for sellers, either. Many aren’t able to find a place to go once they do sell, exacerbated by a shortage in rental home availability.

"People are doing Airbnb, long term resident hotels so there's different options like that so sellers have to be prepared for possibly not having that next home right away,” said Bernard.

That’s also why many people are choosing not to sell right now—thus, the cycle continues.

"One of the great things about St. Louis and about the region that people always spoke to is our affordable housing market," said Brown. "Well, if we continue to push the market and push market values, then that's not going to be a distinction that we're going to be known for."

Again, homeowners aren't the only ones impacted.

"And rent amounts are increasing," said Brown. "So you're spending your dollars on an annual basis on rent that you'll never be able to recoup just because you can't enter into the market at this time."

Realtors advise anyone considering selling to price realistically and be prepared to consider creative offers.

Buyers should have finances in order, consider homes listed well below what they could pay, be patient, then be prepared to act quickly.

"They may only have one opportunity to view that home before they write that offer so they just have to be ready,” said Bernard.

After several losing offers, Smidt wrote a letter to the seller of her dream home.

“I got super lucky with the fact that the owner connected with [it],” she said.

Now she's under contract---but still not blowing up the balloons.

“I'm really, really hoping everything works out,” she said. “But you can't get too attached until the deal is done and you're actually closed.”