Visa and Mastercard are threatening to make gas stations pay for fraudulent charges at the pump. 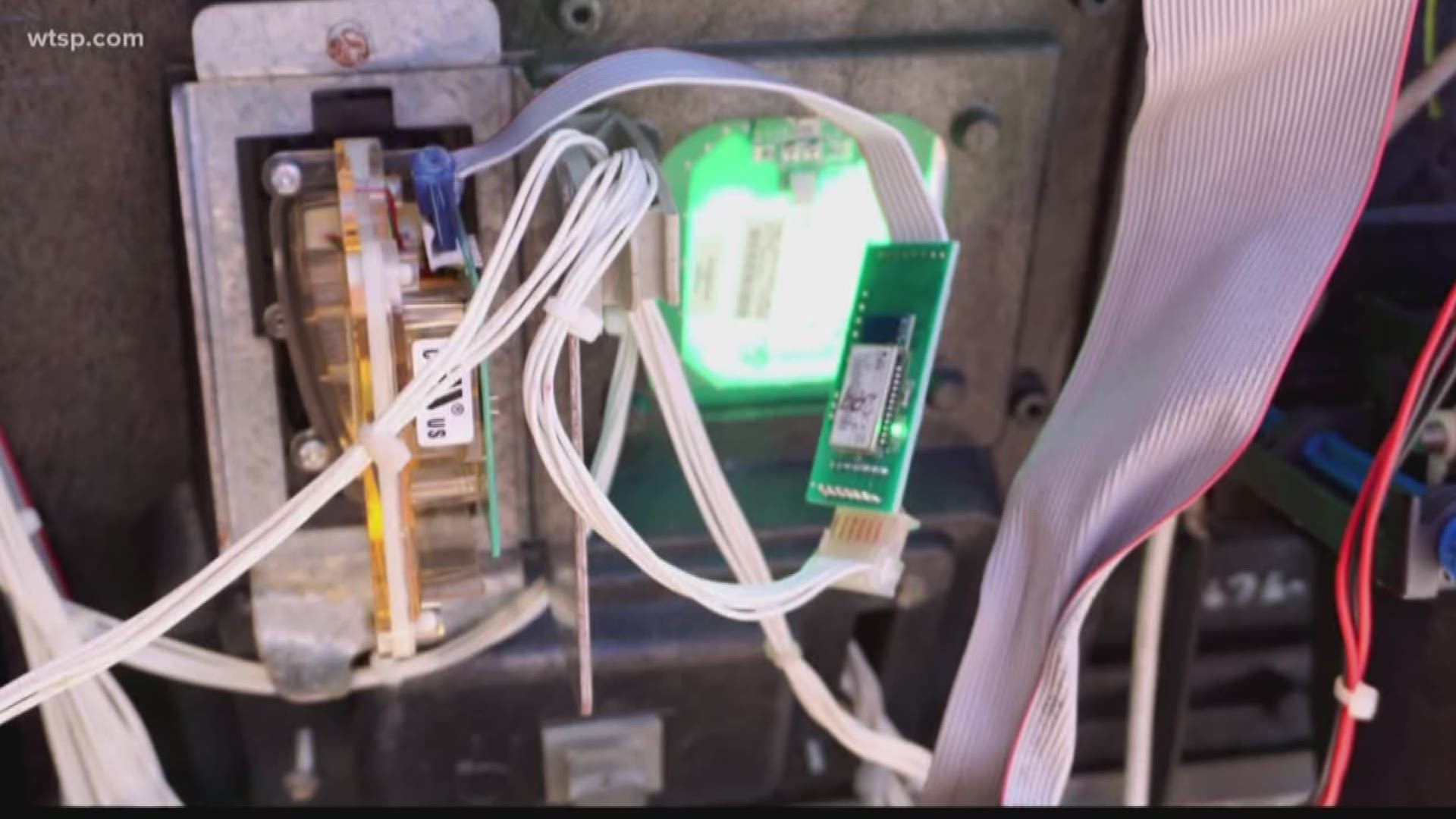 CLEARWATER, Fla. — Tampa Bay has seen more than its share of bad guys using skimmers to swipe people’s money and even their identity.

And it often happens at gas stations.

Customers have demanded tighter security at the pump, and law-enforcement has done the same. But many gas station operators have been reluctant because of the amount of time and money it takes to make the switch to chip-reader technology.

Now, a threat from Visa and MasterCard could finally get many of those service stations to make those security upgrades.

For years, the banks behind credit and debit cards have been the ones covering the cost of fraud at the pump. But, after five years of deadline extensions and delays, they say they’ve had it. Any gas station operators who haven’t installed the chip-reader technology by October, they say, will now be the ones responsible for fraudulent charges at the pump.

Brandon Lent says he was skimmed to the tune of a few hundred dollars.

“Luckily, they were able to stop it. From what I hear a lot of banks are able to flag that,” said Lent.

Card skimmers have been found in gas pumps all over, leading law enforcement to urge gas station operators to take more responsibility.

Now, they might have the financial motive to do so.

“A lot of these gas stations do not check their pumps on a daily basis. Unfortunately, sometimes they only check them monthly. Sometimes they check them quarterly,” said Det. Shawn Bozankowski with the Pasco Sheriff’s office after a recent rash of skimmer rip-offs.

The Clearwater Shell station Tina Sacramone manages had a skimming incident a couple of years ago. Neighbors got worried, so they installed newer, more secure pumps with chip readers and other safety features.

RELATED: Skimmer alert: See a map of where these sneaky devices have been found

“If it’s making it harder for them to scam people like that, then definitely it’s a good thing,” said Lyaja Carey, filling up at the pump.

Some gas station operators say they’ll need even more time and money to make the transition, but Sacramone says it’s worth the expense.

It provides peace of mind, she says, for “customers, us. It’s good for everybody.”

It will cost about $4 billion for all U.S. gas stations to switch their pumps to the newer, safer technology.

While that’s a lot of money, proponents say card skimmers are responsible for more than $2 billion a year in fraudulent charges.

RELATED: How the 'Skim Reaper' is trying to kill credit card skimming devices