'I was counting on that money' | Millions of stimulus payments delayed, leaving struggling Americans frustrated

The IRS will be distributing payments through Jan. 15. Eligible Americans who don't receive their check by the end of January will receive it in their tax return. 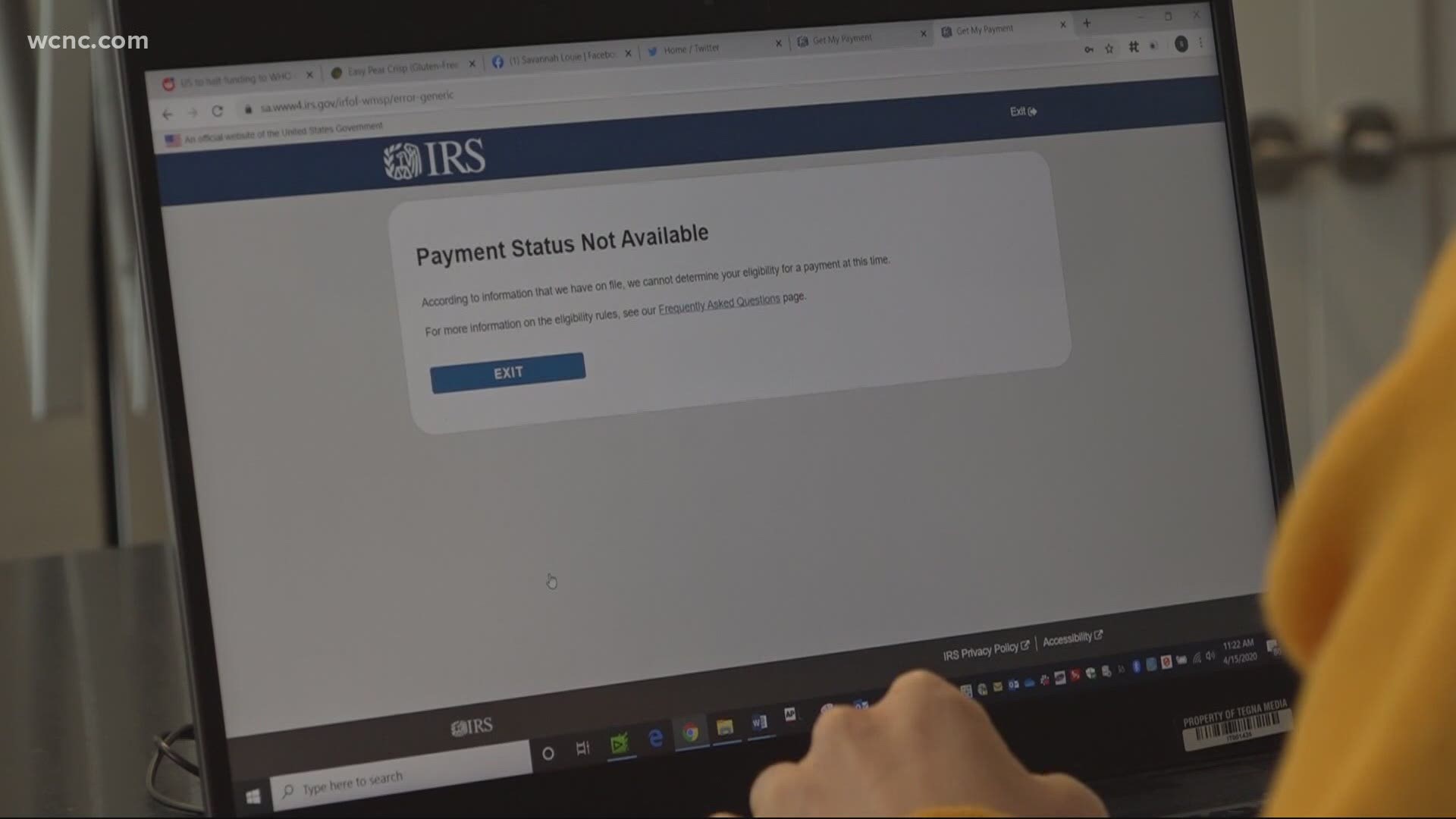 CHARLOTTE, N.C. — Data from the Internal Revenue Service (IRS) shows about 68% of eligible Americans have already received their $600 stimulus payments, while millions of others are still waiting.

According to the IRS, any American who doesn't get their stimulus check by the end of January will be eligible to collect it when they file their 2020 taxes. Many people say they can't wait that long.

"Just like so many other people, rent's due, food on the table ... I was really depending on it. And now I feel helpless," said Dreama Williams, who says she's still waiting on her check.

Williams said she was told the delay is due to an issue between the IRS and TurboTax. In a statement released Friday, TurboTax said stimulus payments would begin to be deposited into customers' accounts starting Jan. 8 after a mixup where stimulus checks were deposited into accounts they didn't recognize.

"I just really wish they fix the problem because there are so many people that need help," Williams said.

Many others who used similar tax filing systems, like Julie Densmore, are seeing the same issue. Densmore says when she went to check her payment status online, she saw it was deposited into an unknown account.

"I really thought somebody had changed my account information," she said. "It was very concerning."

Here's why it's actually happening according to tax expert April Gutierrez.

"Many of the accounts through these third party accounts have been closed since they were only meant to be temporary accounts for the purpose of receiving that taxpayer's refund," Gutierrez said.

The problem is the IRS doesn't recognize those as specialized accounts set up for last year's refunds. So, the checks are bouncing.

"They're gonna get sent back to the IRS and the IRS is going to have to figure out what to do," Gutierrez said.

The IRS will continue distributing payments through Jan. 15. Any eligible Americans who don't receive their check by the end of January will receive the payment as a tax credit upon filing.

But for many who are barely scraping by, having to wait is a gut punch.

"I have 16 dollars to make it until Friday," Densmore said. "I was counting on that money."

For those who do have to wait until tax filing, the Charlotte Center for Legal Advocacy will provide free assistance during their online tax seminars. Learn more here.

Those who have additional questions about stimulus payments can contact Charlotte Center for Legal Advocacy by calling 980-202-7329.