Several plans for student loan relief are floating around Capitol Hill, as leaders on both sides of the aisle agree Americans should receive some form of help 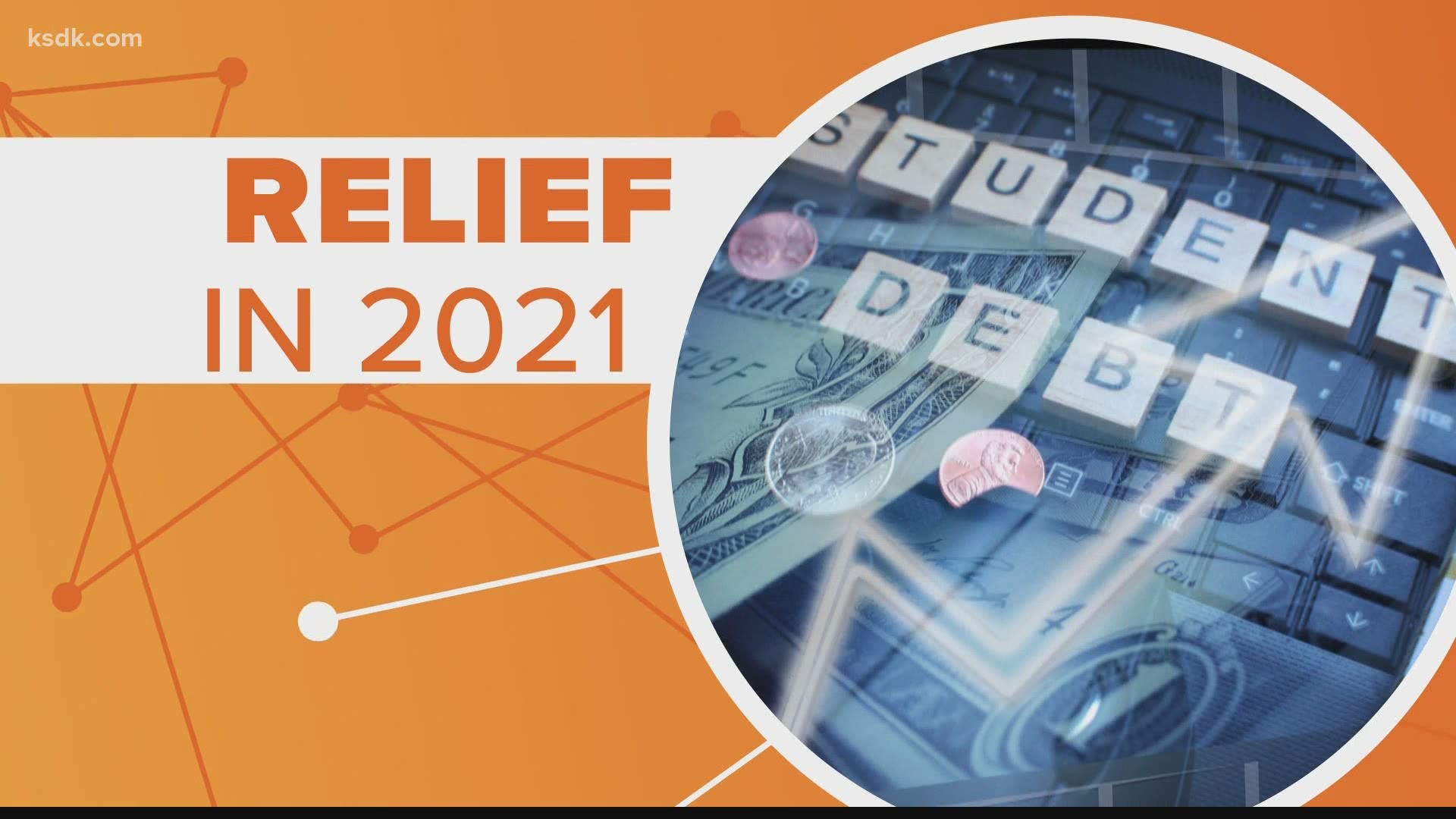 ST. LOUIS — Pre-existing problems are amplified in a crisis. Where education, the economy and a pandemic intersect, sits the student loan debate.

President Donald Trump recently proposed $25 billion for student loan forgiveness in stimulus negotiations but did not say how this program would work. However, Senate Majority Leader Mitch McConnell has said Congress would not pass a stimulus package until after the 2020 election.

Former Vice President Joe Biden has suggested a plan which includes $10,000 of relief for borrowers. Recipients would be eligible to receive the amount every year for up to five years in exchange for national or community service.

READ ALSO: Paying down debt vs. building your savings

A Massachusetts congresswoman has proposed the Student Debt Emergency Relief Act. Individuals could qualify for $30,000 in loan forgiveness. Collection payments would freeze during the pandemic.

Several Democratic members of Congress support amendments to cancel up to $10,000 of debt for private student loans, which target service members and veterans.

Despite so many ideas passing through Capitol Hill, nothing has stuck. With Election Day less than a week away, the 46 million Americans with student loan debt probably won't see any relief until 2021.