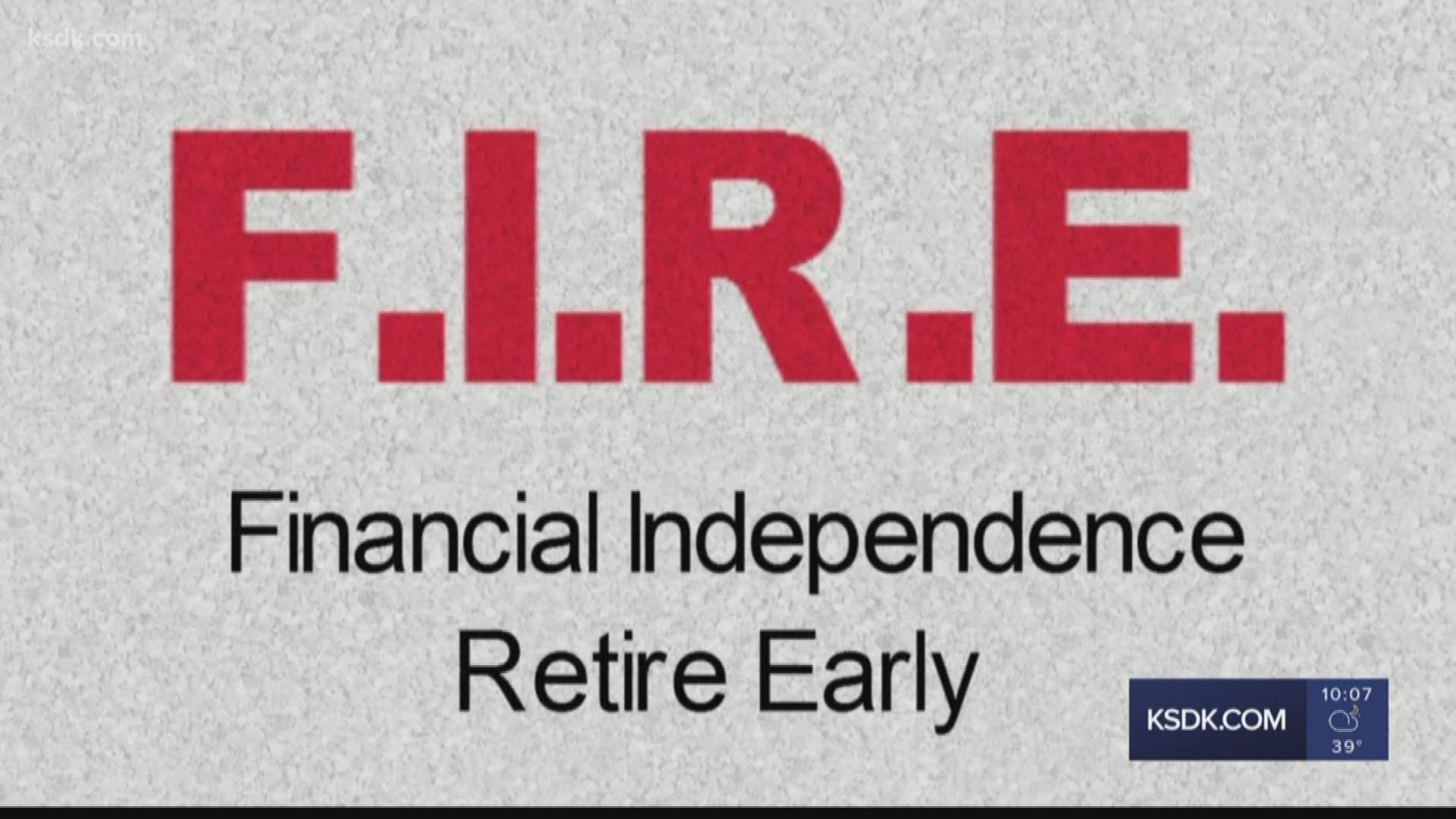 Are you sick of the rat race?

Millennials are refusing to resign themselves to a gray cubicle for decades before retiring in their 60’s.

The growing movement to get off the hamster wheel is called F.I.R.E. which stands for Financial Independence Retire Early.

“Most people work 8 a.m. to 5 p.m. or 8 a.m. to 6 p.m. and they do it for 35 or 40 years and don’t know there’s an alternative. That alternative is, ‘Hey what if you could cut your expenses drastically so you could increase your savings rate?’" Travis said.

Travis organizes monthly meet up groups for F.I.R.E followers in St. Louis. They usually meet at Urban Chestnut in The Grove talking about ways to pinch pennies, live on a shoestring budget and increase savings.

“That money can be invested and that investment pool eventually gives you income. So, you can live off it in your later years. Once you hit the point you have 25 times your annual expenses your considered financially independent and work is optional,” said Travis.

Working as optional is the ultimate goal of F.I.R.E.

Travis, who is now 28, is financially independent but continues to cinch the belt wherever possible. He drives a dented car worth $5,000 dollars. He also moved his friend into his home soon after getting married. That friend pays rent and cuts down on housing expenses for Travis and his wife.

“You have housing, transportation, and entertainment/food, and if you want to get to financial independence you can pick one of those and splurge like crazy. So, if you want to have a nice car that’s OK but you have to really cut back on those other two things,” Travis said.

How fast you achieve financial independence depends on how much you want to sacrifice. There are a few different version of F.I.R.E.

Lean Fire: extreme budgeting (so no beers out with friends)

Fat Fire: a more typical standard of living while prioritizing saving and investing

Here are some links to help you get started: