The Texas Craft Brewers Guild says under the state’s mandatory shutdown of bars and similar businesses 66% of the state’s craft breweries won’t make it to 2021. 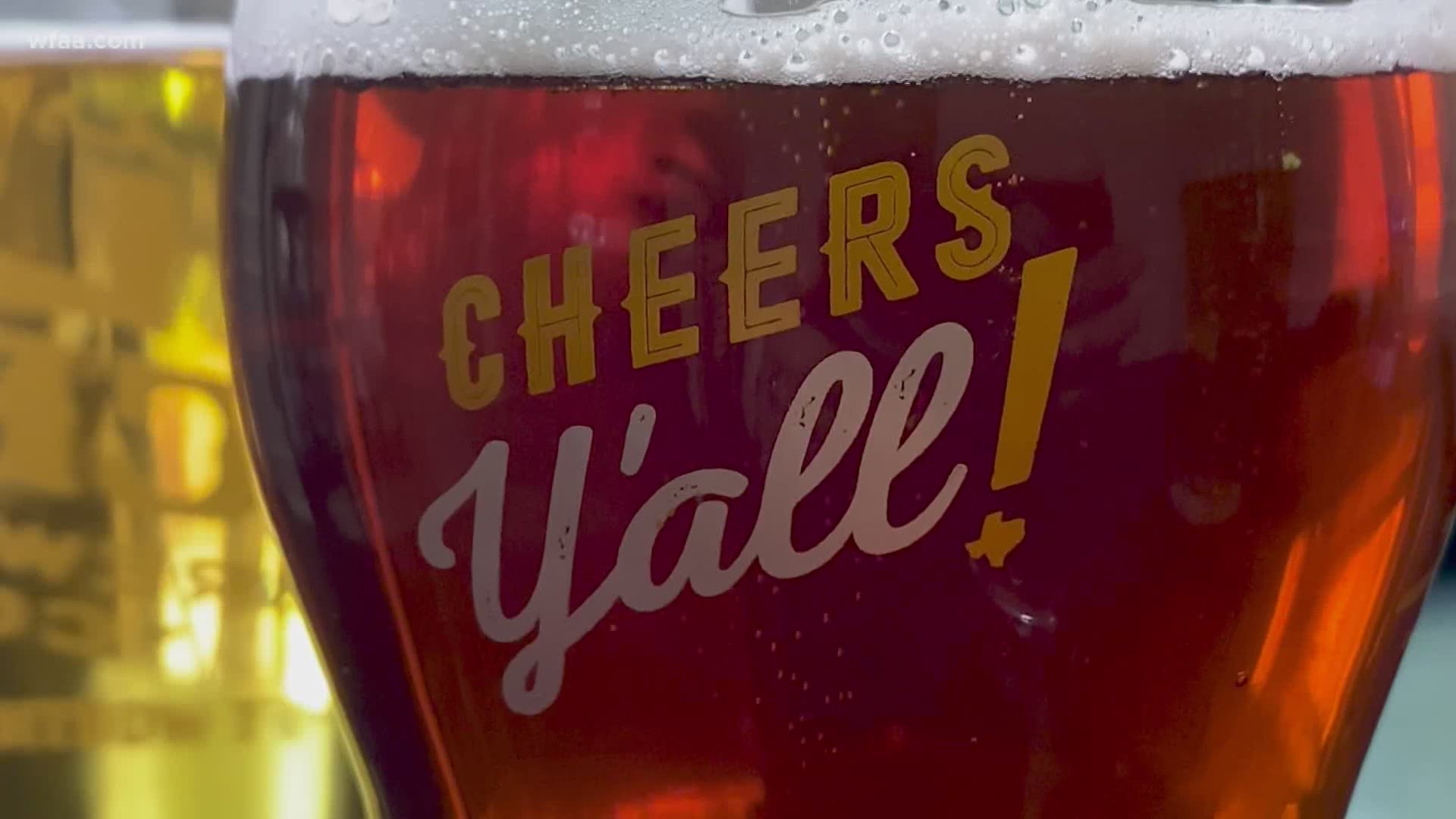 FORT WORTH, Texas — More than half of the state’s craft breweries won’t make it to 2021 under the state’s current shutdown of bars and similar businesses, according to the Texas Craft Brewers Guild.

Two in 3 could close for good by the end of the year, and 1 in 3 might not survive three months, according to a recent survey of the group’s 250 members.

“Your typical craft brewery is down about 55% revenue, and 35% of employees have been laid off,” said John Pritchett, CEO of Wild Acre Brewing, Inc. in Fort Worth, and TCBG board member. “There’s a lot of pain out there.”

Wild Acre’s main location is closed and sales have plummeted because of COVID-19.

Trouble started brewing when Gov. Greg Abbott ordered non-essential businesses to close in March. Since then, Pritchett says, constant changes to which businesses can operate and how have made it difficult for owners to run breweries efficiently.

The latest closure came June 26, forcing businesses that earn 51% or more of their revenue from the sale of alcohol to close.

“It’s frustrating,” Pritchett said. “I think it’s unfair to single out a small portion of the economy as the culprit, which by closing us, says that’s what it is.”

The TCBG started the "Save Texas Breweries" hashtag and website.

“We need help,” Pritchett said. “We need support from the local economy.”

The page has a form where supporters can email Abbott, asking him to allow tasting rooms and beer gardens to reopen.

The website also encourages customers to do their part by purchasing local brews at restaurants and grocery stores and buying gift cards or merchandise online.