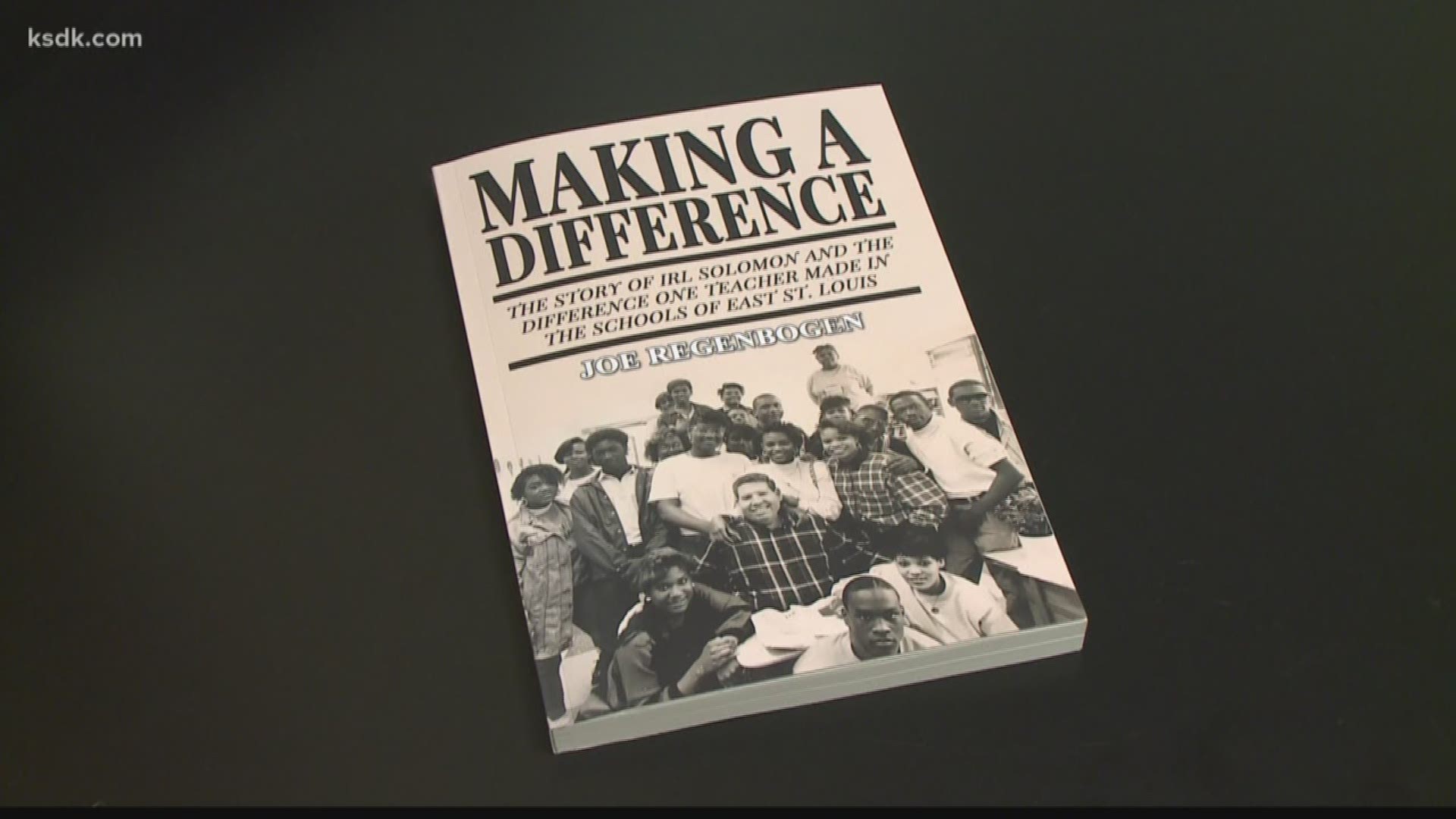 CREVE COEUR, Mo. — If experience is the best teacher, then we can all learn a lot from Irl Solomon.

His classroom today is the Holocaust Museum and Learning Center in Creve Coeur.

Seventeen years is a long time but if there's just one thing to know about Irl Solomon, it's that he has no fear of commitment.

He grew up in the middle-class suburbs of St. Louis but spent 38 years as a history teacher in the public schools of East St. Louis. He showed up as the city was spiraling down.

"There were all kinds of economic issues in East St. Louis, The large corporations that employed lots of people had moved to the South," he explained.

And Solomon often had to teach in a challenging climate.

"In classrooms that had no heat or air conditioning. Windows that were broken. Cafeterias that ran out of food, "recalled Solomon.

There were strikes and protests for better pay and better conditions for students but quitting or moving was never an option.

"The reasons are fairly uncomplicated," said Solomon. "I love the kids and I felt like I was accomplishing something."

"Mr. Solomon was one that was very unique to me," explained former student Lakesha Lyles.

She says, among other things, he taught her when you see injustice stand up.

"Don't just be angry or tear something up or don't just sit there and complain about it, actually try to do something to solve the problem," said Lyles.

At age 17, with encouragement from her teacher, she wrote a letter that was published in the Belleville News-Democrat. It prompted state action to improve conditions at the high school.

After serving in the military, Lyles is now a U.S. Marshall.

"It was really important for me to let him know, I am doing something in life and you are an intricate part of who I am today because of the things you taught," she told us.

"I can't think of anything better," Solomon said in response.

Irl Solomon is now the subject of a new book called "Making a Difference" written by another teacher Joe Regenbogen. He said sports heroes shouldn't be our only heroes.

"Not everybody is going to make it in professional sports," explains Regenbogen, "and you can still be a hero by going into the classroom or the medical profession or into a courtroom. There's lots of ways you can make a difference."

"I want them to understand the lessons of the Holocaust. How a thing like this could happen and how the world stood aside and watched," Solomon said.

One man showing that a good teacher is like a permanent marker.  The impact can never be erased.