Driver discovered a group of starved and overheated puppies abandoned on the side of the road. Animal rescuer says the case highlights a bigger problem. 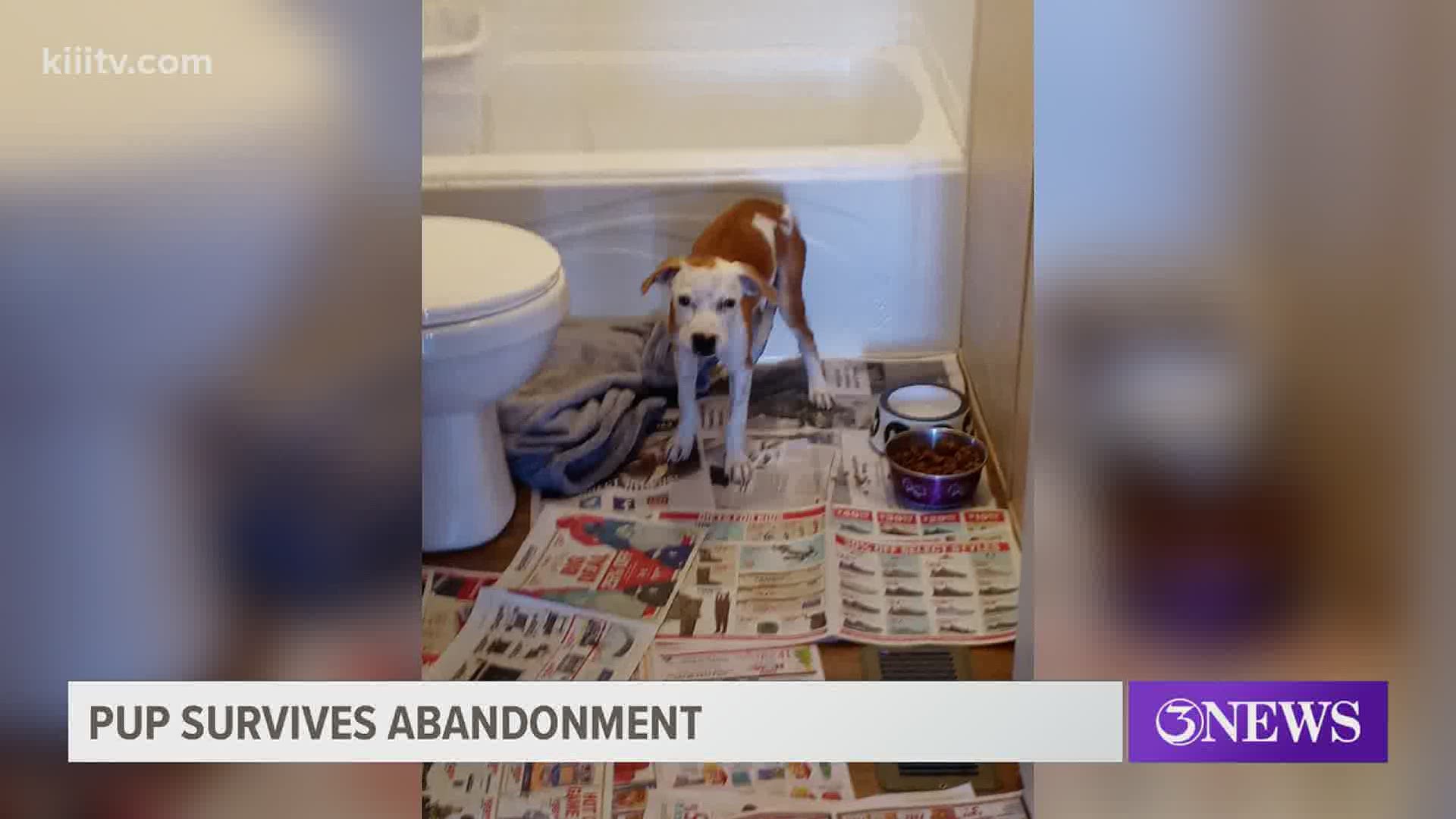 CORPUS CHRISTI, Texas — Patricia Reyes who was driving to work discovered a group of starved and overheated puppies on the side of the road, believed to be left there to fend for themselves. Unfortunately, only one of the puppies survived.

Reyes said it’s of the most heartbreaking discoveries she's ever seen. The discovery took place out near Driscoll on a blistering hot summer day. Reyes said she knew she had to turn around and tried to reach out for help.

“He didn't even try to eat the sandwich," Reyes said. "I had a little bit of water, put in a container, didn't attempt to drink the water as well."

The dog wasn't alone. There ended up being two other puppies, one already dead in a nearby dried up creek bed. Reyes doing what she could at the time reached out and posted about the dogs to the online Facebook group "Rescues United 361."

“The puppy that crawled up in the bookshelf was right here,” Lilly said.

By the time she got the correct location the puppy seen in the video alive just hours earlier had also died. The third puppy was in bad shape.

“Was non respondent, she wasn't breathing," Lilly said. "When we did get her breathing it was shallow." Lilly rushed the surviving dog to the vet; she named the dog Grace.

“I used to think we had a stray problem; we don't," Lilly said. "We have a humanity problem."

Lilly has been a dog rescuer for the last 20 years and her work has not let up. She is hoping this gut-wrenching story helps serve to educate others.

“It should not be an option to dump them on the side of the road in a community with the resources we have now," Lilly said. "There are several rescues that will take them, if you give them a chance."

Joel Skidmore with Corpus Christi Animal Care Services has seen his fair share of abandoned animals end up right here at their facility on Holly Road.

“That's an unfortunate situation we see a lot here in corpus, people just abandoning their animal," Skidmore said. "I’m not saying it happens all the time, but it is a common occurrence."

Skidmore said he wants the public to know there are options.

“If you are caught abandoning an animal, dumping it on the side of the road intentionally, you can and will be prosecuted for animal cruelty. Abandonment of an animal is a crime,” Skidmore said.

The City shelter has two investigators and their entire job is to investigate animal cruelty cases. If someone is caught abandoning a pet, they can face a class C misdemeanor.

Lilly said the penalties are just not strong enough and are often dismissed. It ultimately comes down to accountability.

Grace continues to get better by the day. Lilly found out recently that Grace is a boy. He's scheduled to be transported next week to go to a rescue out of area where he will find a new forever home.

“It’s not the size of the dog in the fight, it’s the fight in the dog,” Lilly said.

Meanwhile, Reyes says the discovery has changed her.

"I'm going to carry a bag in my car with water to put in a bowl, have cat and dog food, and just leave it in my car," Reyes said.

For the latest updates on coronavirus in the Coastal Bend, click here.

More from 3News on KIIITV.com: