Cliff Bellone became a pilot in his 60s and went to nursing school in his 70s. 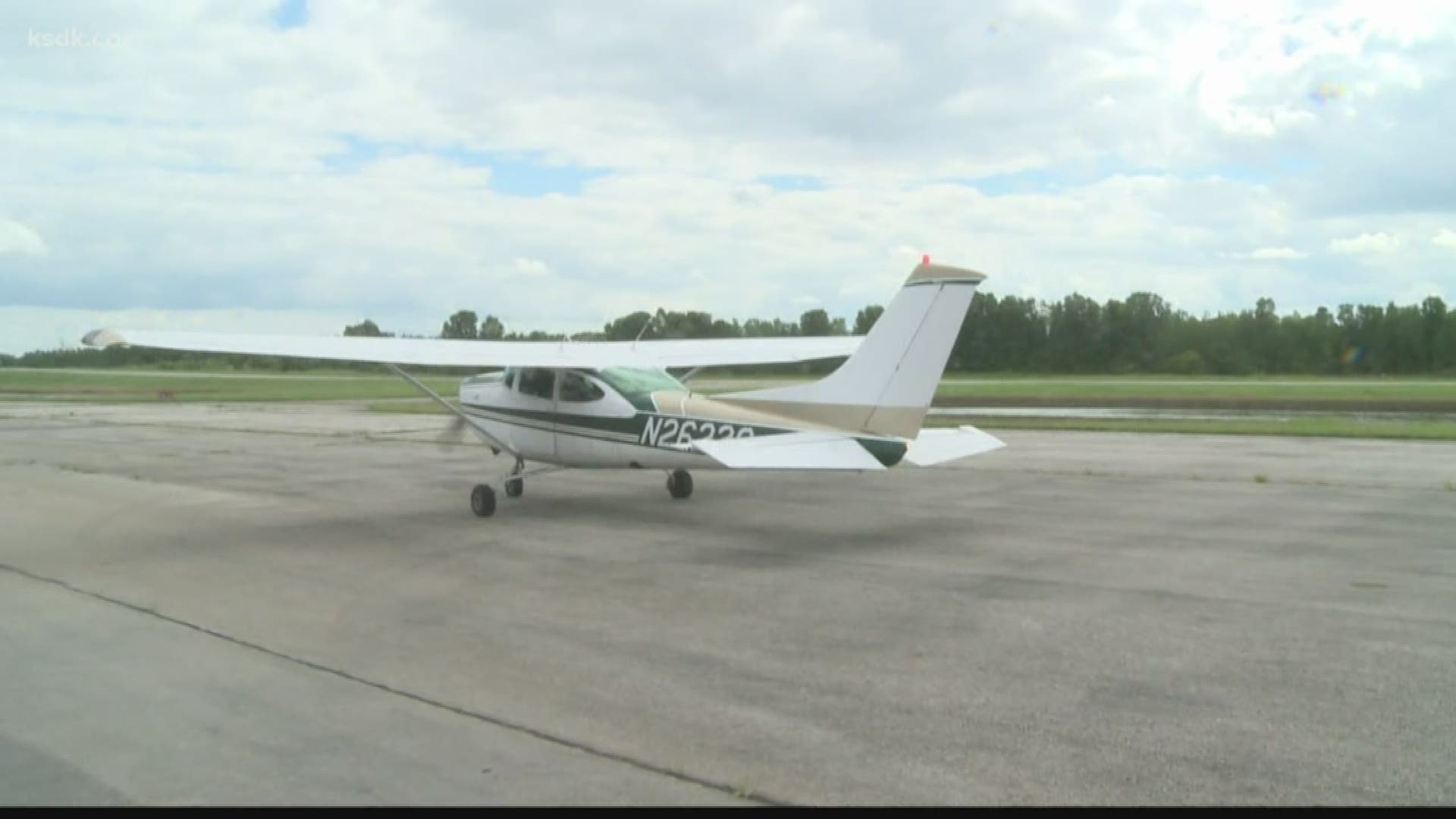 CREVE COEUR, Mo. — As planes come and go at Creve Coeur Airport, 78-year-old Cliff Bellone prepares the small plane he co-owns for his next flight.

"One, the engine doesn’t shut off on you during takeoff. Two, you’ve got enough gas to get where you’re going. Three, all your controls are correct," said Bellone. "I love flying. I've been a pilot for about 10, 12 years."

If you're doing the math, that means Bellone was in his mid-60's when he earned his pilot license. After 38 years teaching immunology, genetics, and molecular biology at St. Louis University School of Medicine, Bellone's idea of retirement has little to do with sitting still.

"You have to keep moving if you want to stay healthy," said Bellone.

When Bellone isn't flying, you can often find him volunteering at the Visiting Nurses Association in Maryland Heights. How he got to VNA is a story about the challenges of retirement.

Post-retirement, Bellone wanted to work for Wings of Hope, the non-profit that uses the power of aviation to deliver resources to those who need them.

"I really wanted to work for Wings of Hope to fly with them as the nurse on medical missions," said Bellone.

With that as a goal,  Bellone enrolled in nursing school at age 71. There weren't any classmates who looked like him.

"I was definitely grandpa for the class," said Bellone.

Despite earning a nursing degree, Wings of Hope said Bellone needed more experience. But it's hard to get experience if no one will hire you, even your former employer St. Louis University.

"I couldn't even get an interview and I assumed that the only reason was they look at the age.," said Bellone. "What could they say, I wasn't qualified? I mean, I had been in medicine for 40 years."

"I am a pilot and so I do volunteer work for Angel Flight where we fly patients from one city to the next to their different therapies," said Bellone.

On a recent flight, Bellone flew cancer patient Lila Welch from Cancer Center of America in Tulsa, OK back to Perryville, MO, her hometown, helping Welch avoid an eight-hour drive that can physically exhaust her.

"It’s just much easier flying with Angel Flight because it’s only a 2- to 2.5-hour flight and I’m there and I’m back home and it’s so much easier on me. It’s just a wonderful service," said Welch. "Cliff is a good pilot. I've flown with him several times."

With the rules of retirement evolving, Bellone wishes employers would recognize people like him.

"There are a lot of people at this advanced, so-called advanced ages that function just fine," said Bellone. With their experience, I just hope that they're not shut down like I was because of just the number."

RELATED: Training those who serve our country