Blues Stanley Cup is for players present and past

There's a reason players stay connected with the Blues after they retire. Now, the alumni family finally has a St. Louis Stanley Cup. 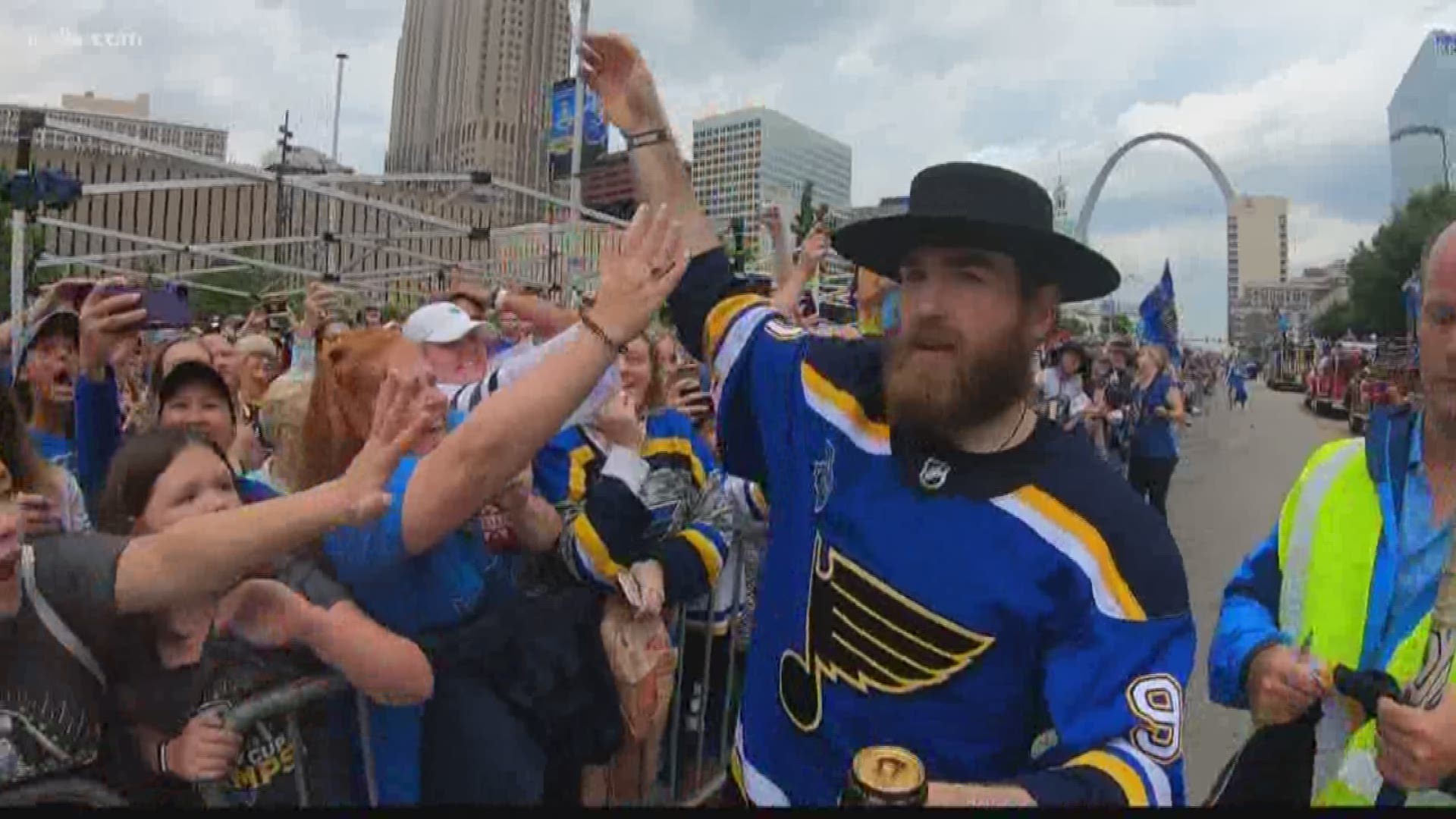 ST. LOUIS — For 52 years St. Louis Blues fans patiently waited for their loyalty to pay off.

Through heartbreak after heartbreak, they were there, continuing to love their team that could never quite get it done.

Right alongside them waiting were the players themselves, the alumni who shared the same longing as the fan base.

SUBSCRIBE: Relive the Blues' historic Stanley Cup win in our Sports Plus Podcast

The Blues have had some legendary players in their history, and none were able to bring this town a championship.

But in 2019, a new set of legends rose up, and gave all the men who had poured their hearts into this franchise a championship to be proud of.

This Stanley Cup is just as much for the Blues' alumni as it is for anyone.

The pure joy on the faces of all the alumni riding down Market Street in the parade told the story.

Bob Plager has been waiting for that parade for 52 years. The original Blue has given most of his life to the Blues franchise, with only one one goal on his mind. It's been simply delightful to see how happy the 2019 Blues' run has made him. His nervous walks during games paid off, and when he lifted the Stanley Cup at the rally, I'm not sure there was a dry eye in the crowd.

Literally nobody has had more fun during this Blues run than Brett Hull.

The greatest player in Blues history is a two-time Stanley Cup winner with Dallas and Detroit, but I'm sure this one means just as much. For 11 seasons Hull dazzled St. Louis fans, and gave us some of the most exciting hockey we'd ever seen. Now, he's enjoying the 2019 Blues' championship as if it were his own. And in a lot of ways, it is.

Bernie Federko is about as synonymous with the Blues as it gets. In his 13 years here, the hall of famer wasn't able to claim hockey's top prize. But he didn't go anywhere either. Like so many others, Bernie stuck around St. Louis and the Blues, and now it's all paid off.

There are so many alumni who have embraced this year's run, too.

This Stanley Cup is as much for them as it is for anyone.

It says a great deal about the Blues as an organization to have so many alumni continuing to live in St. Louis and represent the team.

This franchise is a family, and its success is the entire family's success.

It's been tremendous watching all the players who gave their all in pursuit of a Blues Stanley Cup, finally get the pay off they've been waiting for.

RELATED: Sights and sounds from Blues parade and rally

RELATED: Want to relive the entire Blues parade? We've got you covered!

RELATED: The moment Pat Maroon put a baby in the Cup during the Blues parade

RELATED: After all these years, Bob Plager gets his parade

RELATED: Mike Bush: Game 7 was one of the best nights of my career