Breaking the cycle of the school to prison pipeline

Hundreds are expected to gather at Harris Stowe University Thursday evening "to break the pipeline." 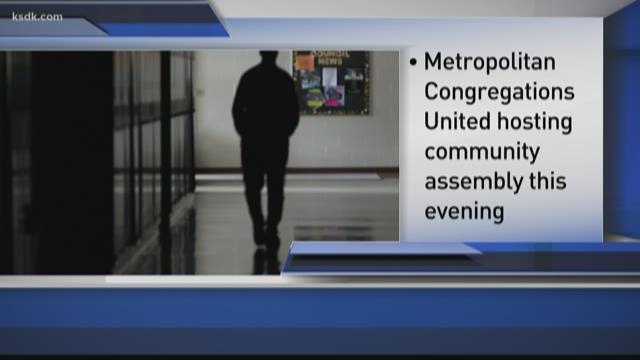 ST. LOUIS - An assembly is taking place Thursday evening at Harris Stowe University to address the School to Prison Pipeline. The Metropolitan Congregations United expects hundreds of people to attend the event, including representatives from several area school districts.

"Breaking the School to Prison Pipeline" community assembly will look at ways to curb out-of-school suspensions and prevent at-risk students from ending up in the criminal justice system.

"When kids get suspended from school, many times that's the start of the pipeline. They'll get into trouble while they're out of school, or they'll have repeated suspensions from school," Carolyn randazzo, an organizer with the Break the Pipeline Campaign, said.

The Metropolitan Congregations United held a similar assembly last year. The organizations say 27 school districts agreed to end out of school suspension for Kindergarteners through the third grade.

The community assembly will take place at Harris Stowe University in the Henry Givens Auditorium. The event is open to the public and begins at 6:30 p.m.