President Donald Trump signed an order that would control the state's water usage, fulfilling a promise he made to send water to San Joaquin Valley farmers. 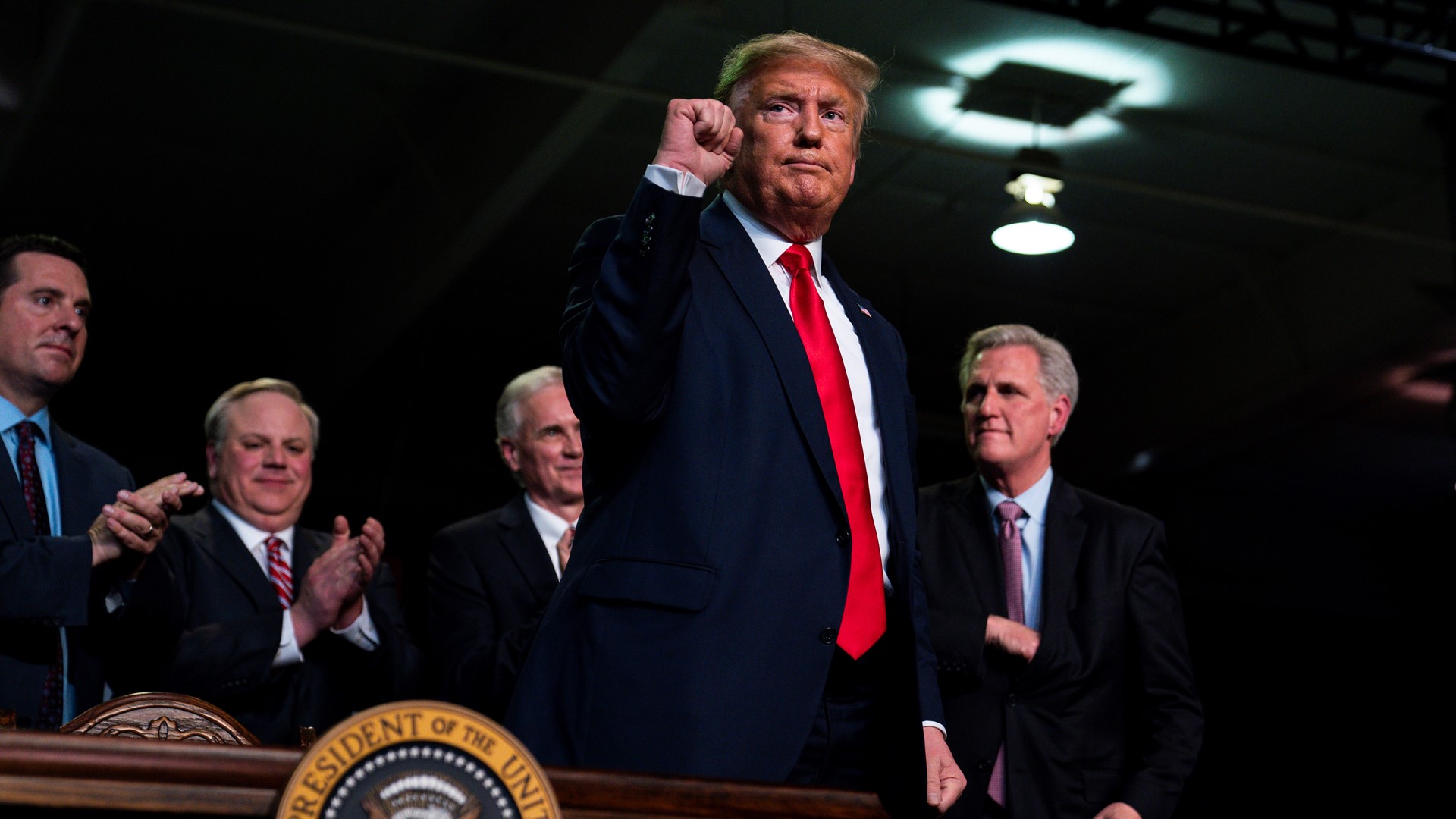 SACRAMENTO, Calif — California is suing the Trump administration — again. This time, it's over President Donald Trump's order to send more water from to San Joaquin Valley farmers, fulfilling a promise he made during both his 2016 campaign and presidency.

"As we face the unprecedented threat of a climate emergency, now is the time to strengthen our planet's biodiversity, not destroy it," Becerra said in a statement. "California won't silently spectate as the Trump Administration adopts scientifically-challenged biological opinions that push species to extinction and harm our natural resources and waterways."

The order comes months after Trump unveiled a plan to control the state's water usage, cutting the red tape delaying other projects and sending water to farmers.

Trump signed the order on Wednesday ahead of a Bakersfield rally where he was flanked by California representatives, House Minority leader Kevin McCarthy (R–Calif.) and Rep. Devin Nunes (R–Calif.), both of whom have fought against California Democrats and conservationists.

"A major obstacle to providing water for the region's farmers has now been totally eliminated by the federal government," Trump said of the order that would change federally backed biological opinions regarding endangered species.

California's lawsuit asserts that the new biological opinions "do not adequately protect species." Environmentalists fear the changes would deplete the state's water and speed up the extinction on the endangered fish native to the waters.

"Our goal continues to be to realize enforceable voluntary agreements that provide the best immediate protection for species, reliable and safe drinking water, and dependable water sources for our farmers for economic prosperity," Governor Gavin Newsom said in a statement. "This is the best path forward to sustain our communities, our environment and our economy."

FOR NEWS IN YOUR COMMUNITY, DOWNLOAD THE ABC10 APP:

►Stay In the Know! Sign up now for ABC10's Daily Blend Newsletter