'His doctor said he's dying,' Mom of 9-year-old NC boy with a failing donor-heart asks for Christmas cards to cheer him up

William Sidebottom of Asheboro was born with Hypoplastic Left Heart Syndrome (HLHS) and had his first open-heart surgery at 10 days old. 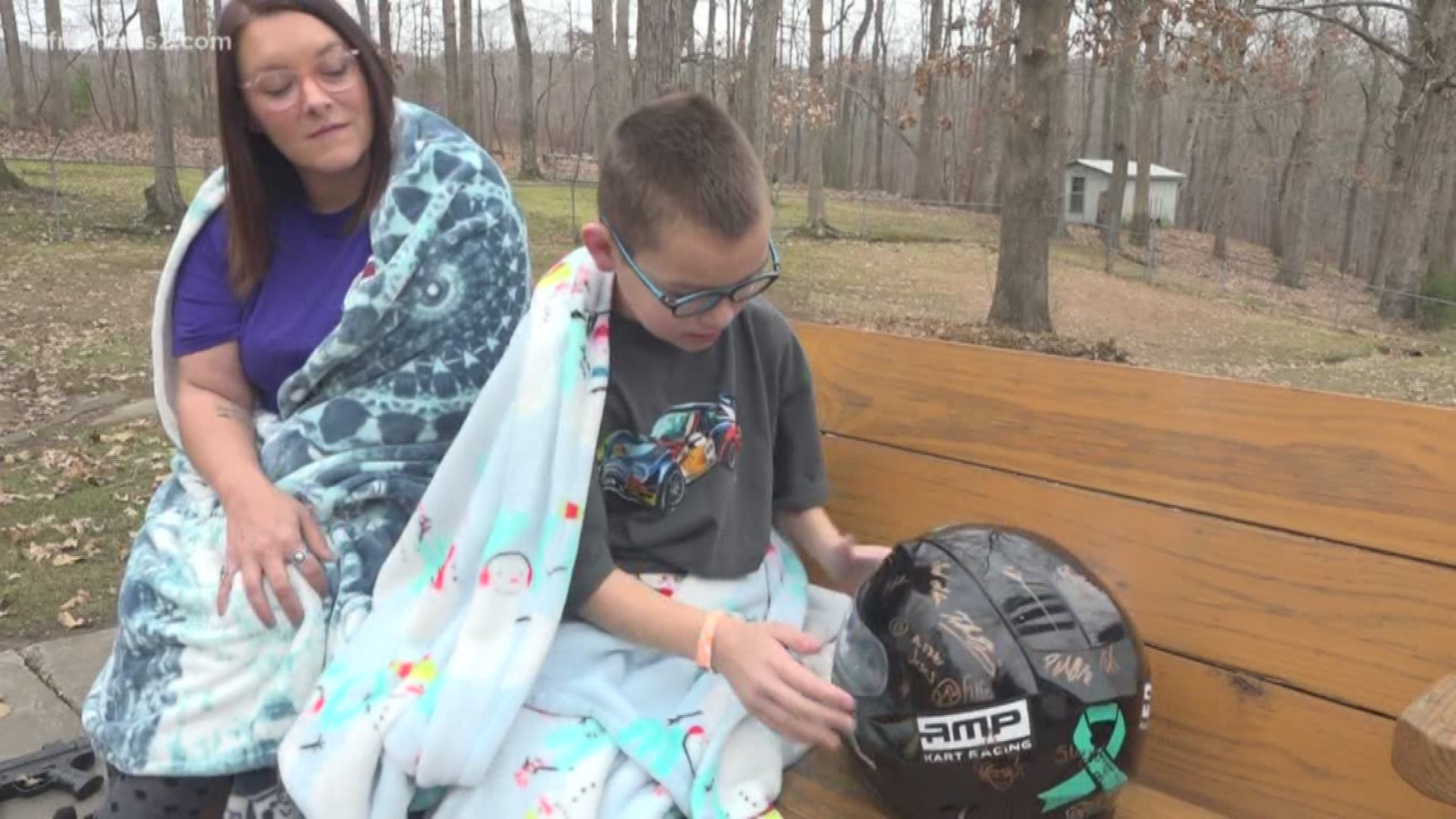 ASHEBORO, N.C. — A 9-year-old Asheboro boy who has been battling a heart condition is requesting Christmas cards after doctors said his body was rejecting his donated heart.

"That would be really awesome, I would get to see them all day and probably sleep in a couple," an excited William Sidebottom told WFMY News 2.

RELATED: 'I want it to be the best Christmas' | Asheboro boy with failing heart checks off wish list

William was born with Hypoplastic Left Heart Syndrome (HLHS) and had his first open-heart surgery at 10 days old, according to a post by his mom Jennifer Lowery in a Facebook group named 'Will Power.' HLHS is a rare congenital heart defect in which the left side of the heart is severely underdeveloped. It may affect the left ventricle, aorta, aortic valve, or mitral valve.

"He coded for 45 minutes while I watched in horror. Luckily he survived and had two more open-heart surgeries before the age of 4," wrote the mom.

Mom says William spent several months in the hospital since then and finally got a heart transplant at the age of 6.

RELATED: 6-year-old with terminal disorder asks for cards from around the world for Christmas

However, 3 years later the donor-heart appears to be failing and William's mom fears this could be the last Christmas for her little boy as she posted a bleak but faith-filled update. 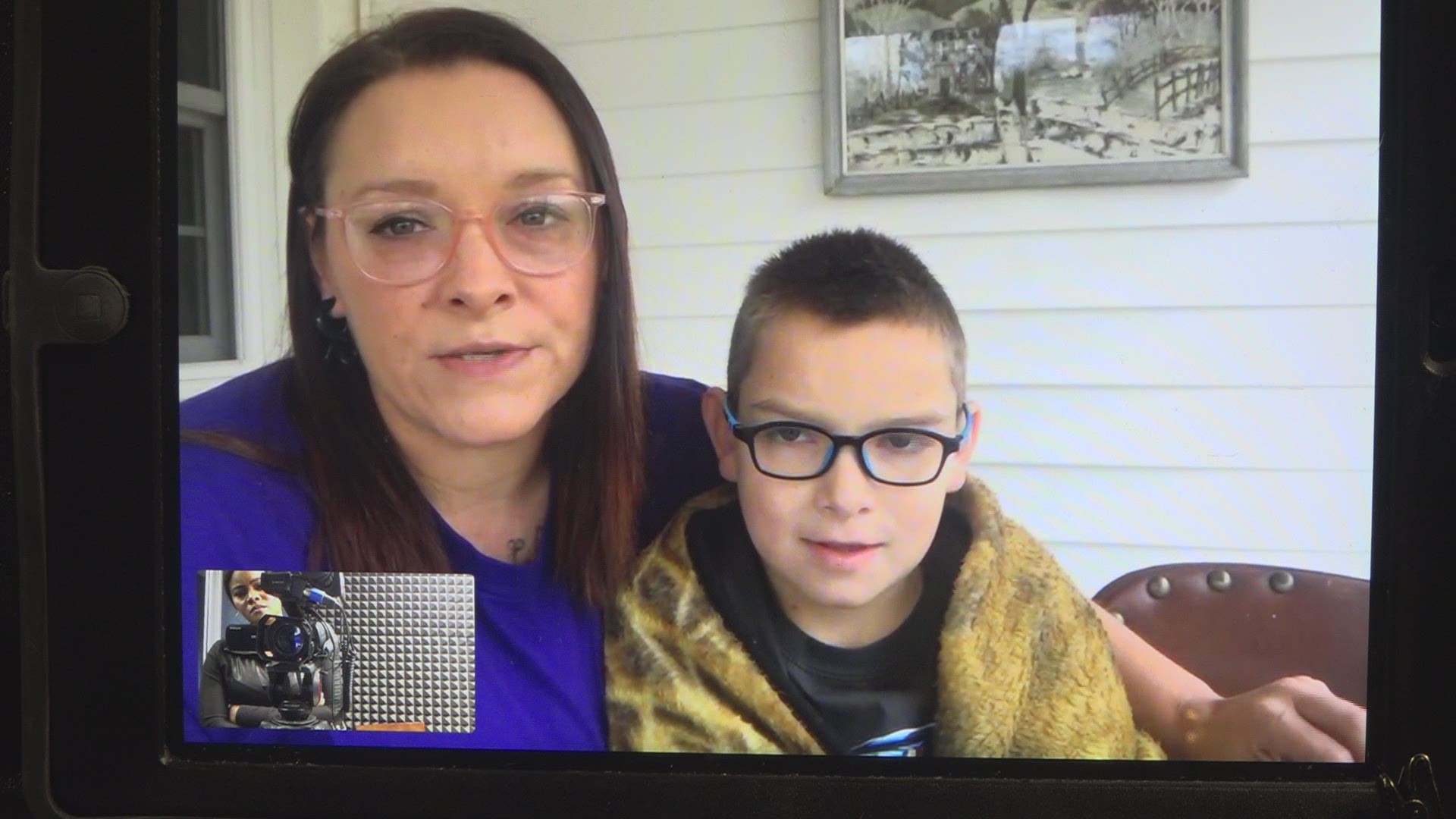 "There is nothing else they can do to help William. His new heart is rejecting. A new one will just reject because his immune system is so strong. All of his arteries are blocked and he's even grown new ones to compensate. His amazing team is still exhausting all options, calling every hospital and doctor because no one could ever give up on such an amazing kid," wrote Lowery.

"William's body is rejecting his heart and is only given months to live. William is just 9 years old. He is at 80% heart failure. He is not a candidate for a new heart because his immune system is too strong and it would just reject a new one," wrote a friend of the family to WFMY News 2.

The family is asking for Christmas cards to cheer William up as he continues his medical battles. *Send cards to William Sidebottom, 1595 Nottingham Street, Asheboro, NC 27203*

"We're just going to give him the best holiday ever and hope and pray," added Lowery.

"If this is the end, then we’ll make sure that it’s the best ever. I already got fireworks so we'll have a good time and love each other and stay close by each other."

Several friends have started fundraisers and hosted events to support William since this recent medical development.

North Carolina Center for Automotive Research, NCCAR Inc., in Garysburg, North Carolina is hosting an exotic cars and trucks event on Sunday, December 15, from 10 am to 4 pm. William is a fan of Lamborghini and fast sports cars, according to his mom.

"He is a huge car lover and loves exotics and drifting. So for this day, we want as many cars, trucks, bikes, etc to come out and display in the car meet area as possible. We will have a few selected guys taking Will for rides drifting on track as well as some exotics/supercars taking him for some laps as well," wrote Joey Whitaker of Whitaker Motor Sports. The event will feature Formula Drift driver Dustin Miles.

A Go Fund Me Page has helped raise $13,000 in support of William and his family.

He also had some encouraging words for any other kids who might be going through a challenging illness like he is at this time.

"Good luck to them and I hope that they make it through it."

You can send Christmas Cards to William at the address below.