"We'll start to pull St. Louis together." Delmar DivINe is located at the site of the former St. Luke’s Hospital. 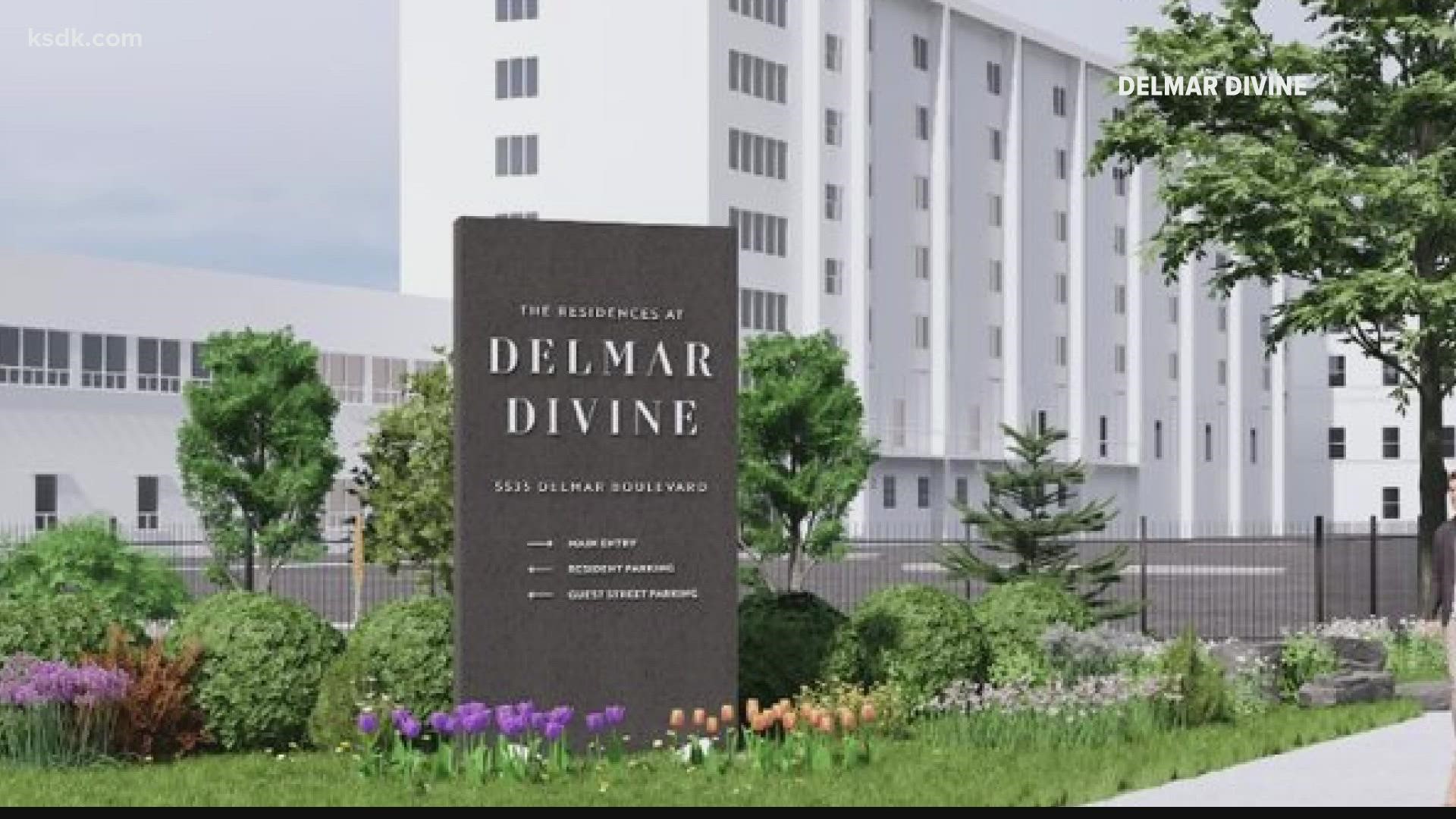 ST. LOUIS — When you consider her success in business it's no surprise Maxine Clark can often see opportunities that others miss.

Like the day she saw a for sale sign on the site of the former St. Luke's Hospital at Delmar and Union.

"When I looked into it I realized that this could be so much more," said Clark while inspecting the renovation of the complex.

The founder of the multi-billion dollar business Build-A-Bear is now focused on a workshop of sorts for non-profits - turning the former hospital into office space for local non-profits where they can collaborate with other organizations in a startup-like environment more typically seen in the high dollar tech world.

"New innovations, new ways of working together...because St. Louis has so much potential and our children are counting on us to do that," said Clark.

Clark's plan also weaves this building back into the neighborhood with apartments and retail on a road known for the way it cuts through St. Louis. She's calling it the Delmar Divine.

READ: The woman behind Build-A-Bear is working to build a nonprofit innovation hub in St. Louis

"People did try to show me other buildings and I just couldn't let loose of this building," she said.

"It's a place that's possible for people to come together on Delmar to kind of blur what people might believe about Delmar," she said of the street often associated with racial and economic divides in St. Louis.

"We're on the north side of Delmar. And when people cross over from the southside to the north side there, you're going to see something really great," said Clark.

While the renovation is ongoing tenants are already moving into Delmar Divine.

"I was pretty intentional about moving here as soon as I heard the vision and saw the vision for what this space could do for this long time boundary with a really difficult history," said Tosha Anderson who founded "The Charity CFO" which helps non-profits manage their books like a big company.

"I think Maxine has a really cool way to share creativity, to motivate people, to inspire people, and to help people see a vision that maybe they wouldn't have been able to see on their own," Anderson said.

A vision that is just starting to take shape and one Clark can already see growing.

Construction is expected to be finished by the end of the year.