St. Louis police officers responded to QuikTrip in the 2800 block of Gravois Avenue where the shooting victims were found 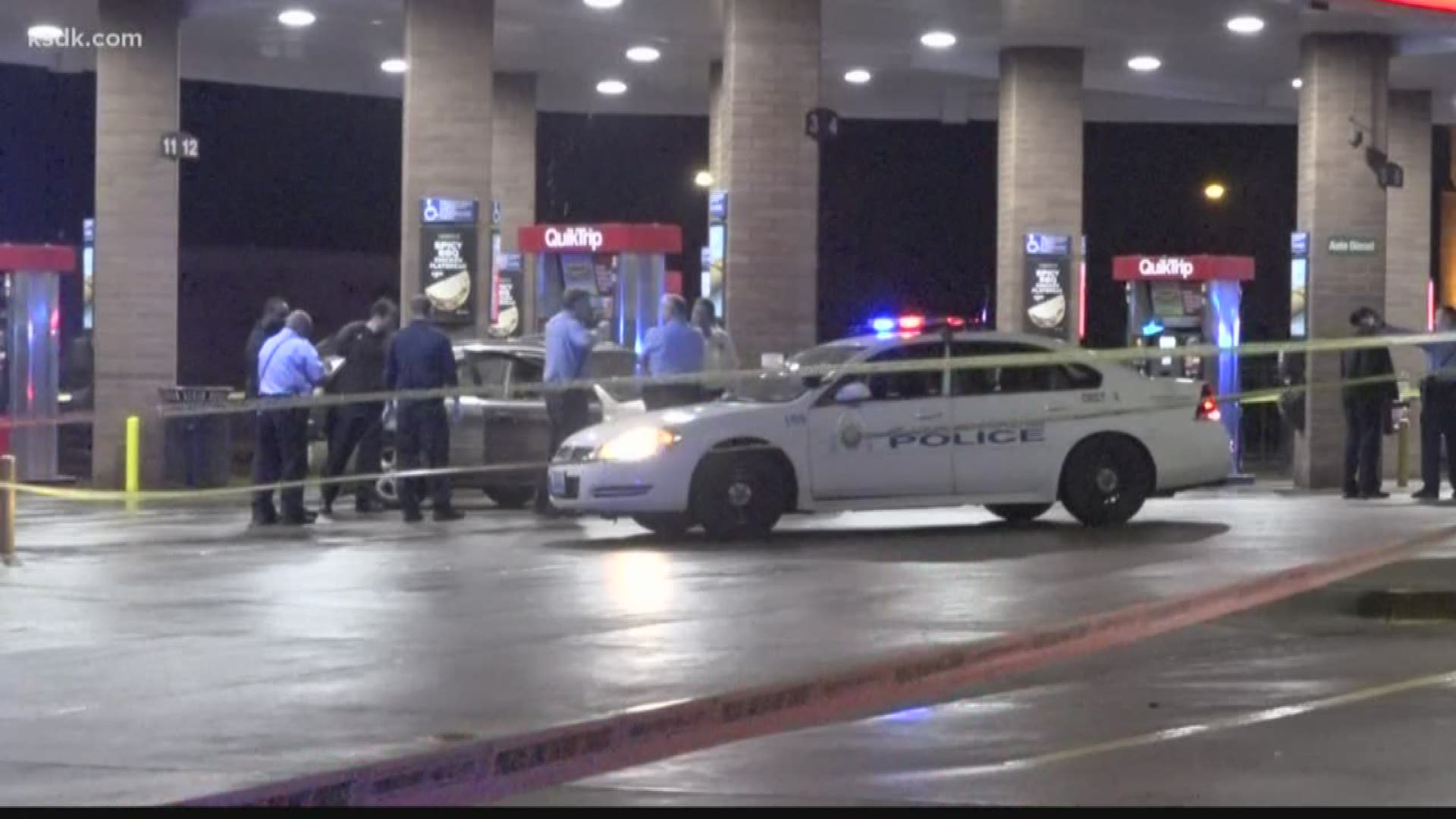 ST. LOUIS — An investigation is underway after two shooting victims were found in the parking lot of a south city gas station.

St. Louis police officers responded to QuikTrip in the 2800 block of Gravois Avenue around 11:50 p.m. on Thursday for a shooting.

A man was found shot in the chest several times. He was pronounced dead at the scene. St. Louis police later identified him as Ernest Salisbury Jr. He was 43 years old.

A 31-year-old woman was found shot in the back of her leg. Police said she was conscious and breathing when they arrived.

Police had a large area by the gas pumps taped off.

According to a police report, the shooting happened in the 2800 block of Potomac, which is in the Gravois Park neighborhood. According to St. Louis Metropolitan Police Department's statistics, there were no fatal shootings in 2019 and this incident marks the first of 2020.

This QuikTrip is located along the edge of the Benton Park West neighborhood.

Editor’s note: The police report originally had reported the shooting in the 2800 block of Gravois

About an hour and a half later, police responded to a triple shooting in St. Louis' Jeff-Vander-Lou neighborhood. Three men were taken to area hospitals.