13 years ago a pregnant woman went missing, now there's a new effort to find her

Amanda Jones, was last seen at the civic center in Hillsboro, MO. Her case was never solved. 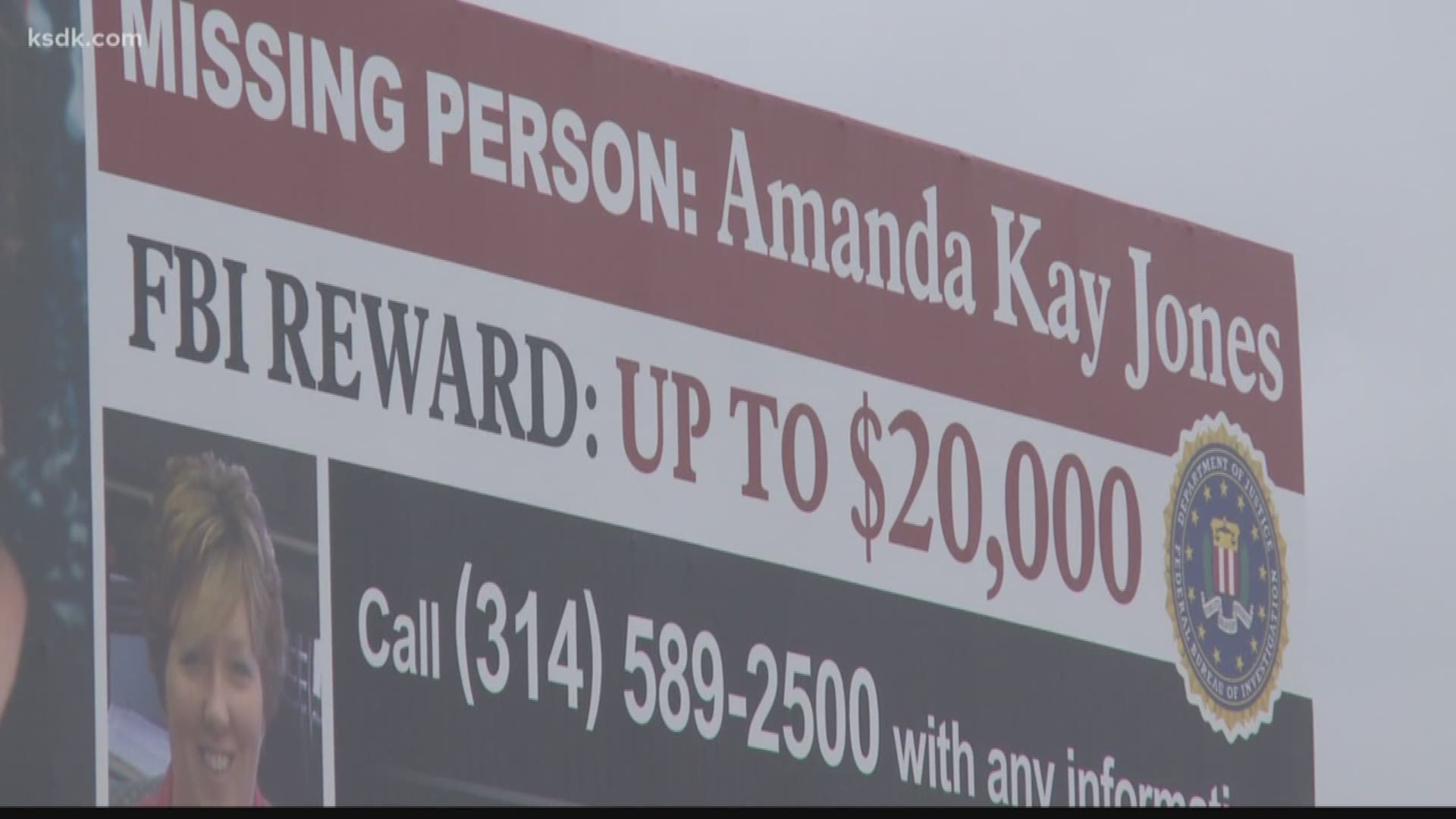 A billboard hangs near Interstate 55 and Highway Z in Pevely and another can be found near I-55 and Highway 67 in Festus. The sight of them nearly brings Hubert Probst to tears.

“I never thought I'd see my daughter on a billboard. That gets me right here," Probst said.

Probst's daughter, Amanda Jones, was last seen at the civic center in Hillsboro. Family members say she was going to meet with Bryan Westfall to discuss the baby Jones was carrying. Westfall is believed to be the father. The Probsts say Westfall denied the baby was his. He had a long-term girlfriend; a family with Jones wasn’t in the plans.

Jones’ car was found abandoned in the civic center parking lot. Her case was never solved.

“I'm getting old and I want answers,” said Probst.

Probst and his wife, Bertha, hope the billboards will remind others their daughter is still out there.

Just this week an online petition was started to re-open the case. So far, more than 1,100 people have signed.

“It's really overwhelming how many people have come forward,” said Bertha Probst.

The petition is critical of the Jefferson County Sheriff's Department's investigation into Bryan Westfall and the search of his family's farm. The Probsts believe Westfall knows what happened to their daughter.

“They need to put more pressure on the perpetrator, for one thing,” said Bertha. “They need to get out there and do more searches. or do searches they haven't done.”

Sheriff's office spokesman Captain Gary Higginbotham told 5 On Your Side the Jones case was never closed. Investigators still get leads and follow each one. The problem, he says, is they can't legally search Westfall's property any further without a search warrant. The original search was limited and done only with the family's permission.

Higginbotham says police have more questions for Westfall. But, without charges being filed, he's not obligated to answer.

The Probsts are hanging their hopes on someone seeing one of the billboards and coming forward with more information.

“I beg you to help us. the least little thing could be what's going to take to break this case,” said Bertha.