Video from the scene showed at least 50 evidence markers near the scene of the shooting. Police closed Spruce and South Tucker for an investigation. 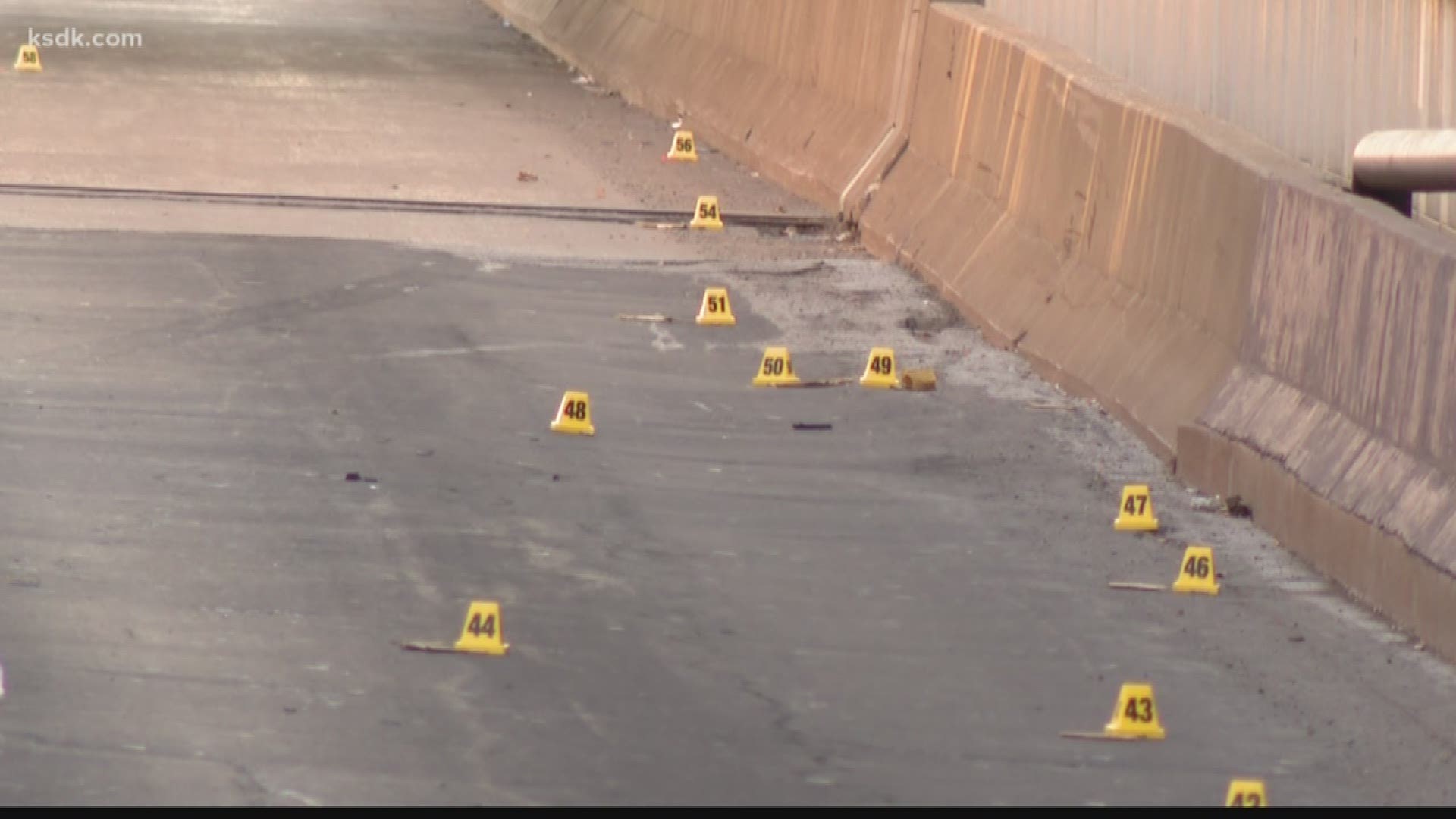 ST. LOUIS — Three people are in custody after a 16-year-old boy was shot in the back just a few blocks from the Enterprise Center Thursday evening.

Police said the shooting happened near the intersection of Spruce and South Tucker Boulevard at around 5:50 p.m. Police said the teen was shot three times in the back.

Police said the shooting was between people traveling in two different vehicles. The teen was inside a stolen car when he was shot three times in the back.

He was conscious and breathing when officers arrived and was taken to a hospital where he remains in critical conditon.

Video from the scene showed at least 50 evidence markers near the scene of the shooting. Police closed Spruce and South Tucker for an investigation.

Police said they found the suspect car about five minutes after the incident and took three people – an 18-year-old man, 19-year-old man and 23-year-old man – into custody. One person was able to run off, and police are still looking for that person.

Three guns were recovered from the suspect car.

A spokeswoman for the police department said the suspects appeared to be looking for the victim and called the shooting an isolated incident.

The Blues hosted the Detroit Red Wings Thursday night at 7.