Both men are facing 20 counts in connection with the quintuple homicide over the weekend. 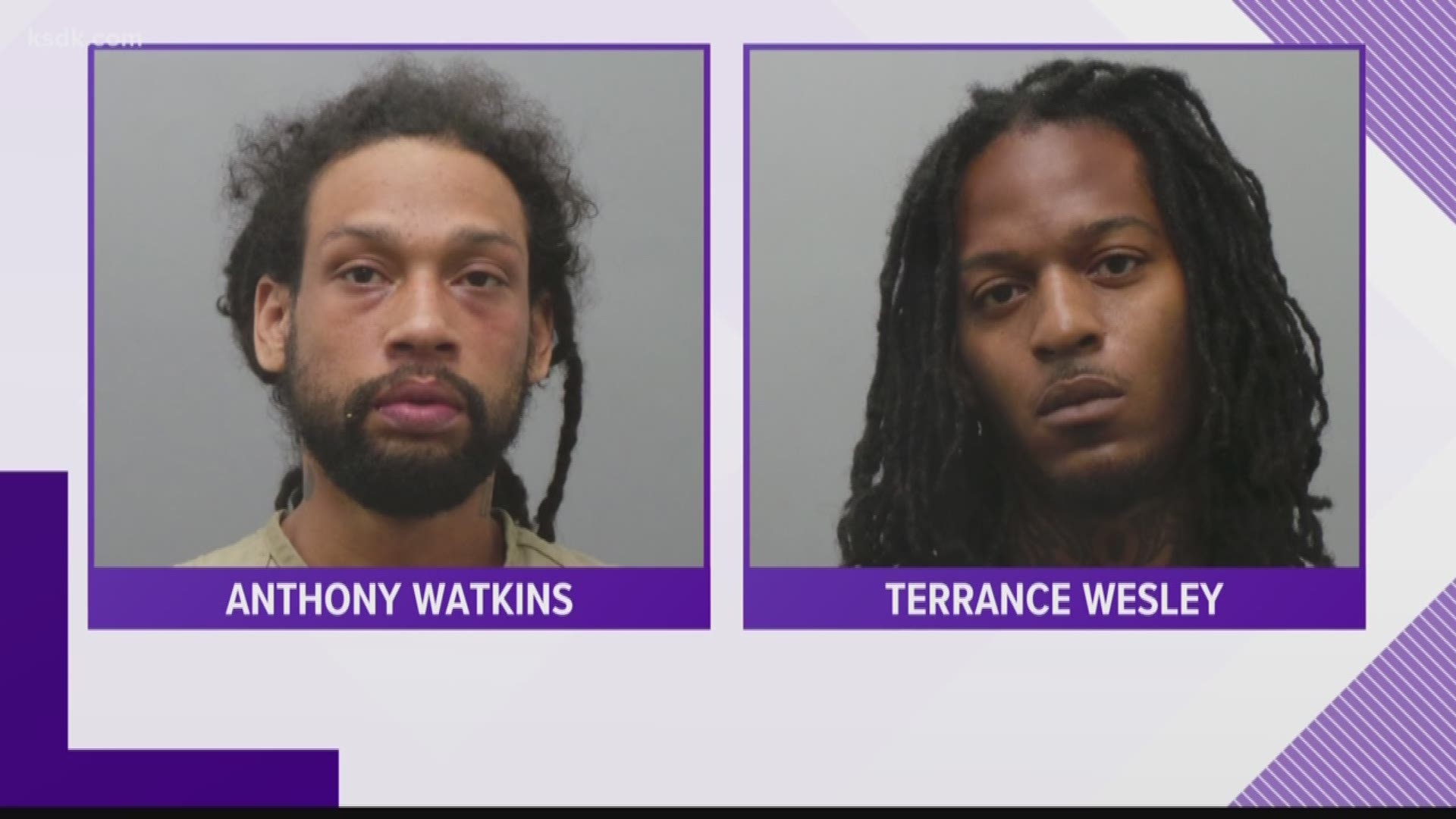 Terrance Wesley, 29, and Anthony Watkins, 30, have each been charged with five counts of first-degree murder, five counts of attempted robbery and 10 counts of armed criminal action in connection with the shooting deaths of five people over the weekend.

Police said that six people were in a home on the 1900 block of Chambers Road on Friday night. One of them left and came back around noon on Saturday to find the other five people dead.

The St. Louis County Police Department confirmed this is a homicide and all five victims are adults.

Welsey and Watkins are both being held without bond.