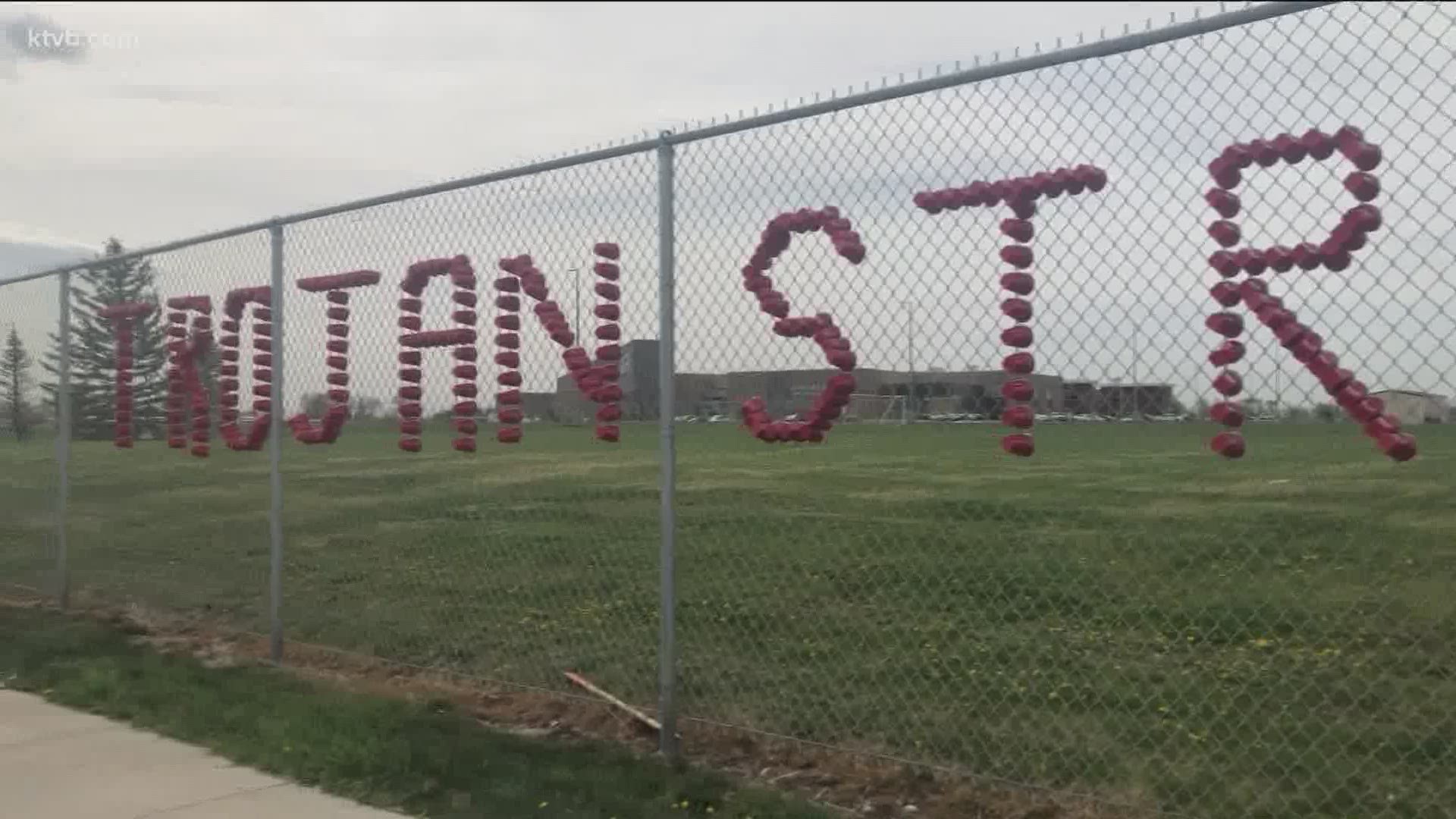 RIGBY, Idaho — A shooting at an eastern Idaho middle school has left three people injured and a suspect in custody.

Law enforcement announced that two students and one adult had injuries that were not believed to be life-threatening.

The suspected shooter was initially identified as a male student but was later identified as a female student. Her name and age have not been released, but officials said she is a 6th-grade student at the school. She used a handgun, according to law enforcement.

The sheriff said a female teacher was able to get the gun away from the student and detain her until police arrived.

Two other students and a custodian were wounded in the shooting, officials say. Jefferson County Sheriff Steve Anderson said the victims’ injuries aren't believed to be life-threatening.

According to medical officials, all three victims suffered "non-life-threatening extremity injuries." The adult has been released from the hospital and was shot once through and through an extremity.

One of the other victims was shot twice and the other was shot once, all to their extremities and will make a full recovery. They are in "fair condition" and could be released from the hospital as soon as Friday.

Sheriff Anderson said in a press conference that two of the victims were shot inside the school and the third was shot outside the building, starting in a hallway and went outside.

The shooting started when this suspect pulled out a handgun from their backpack and started shooting. They kept firing when they exited the school and that is when a teacher disarmed them. The entire incident lasted about five minutes, according to Sheriff Anderson.

According to the sheriff, the entire incident was caught on school surveillance security systems.

"Today we had the worst nightmare a school district could encounter. We had a school shooting here at Rigby Middle School," Jefferson School District Superintendent Chad Martin told KIFI. "What we know so far is the shooter has been apprehended. There is no further threat to the students."

According to Mark Taylor, the Jefferson County prosecutor, the suspect may face three attempted murder charges.

Idaho Falls Police officers and sheriff's deputies from Bonneville County served a search warrant at the girl's home and have since cleared the area, Sheriff Anderson said.

"The Jefferson County Sheriff’s Office appreciates the vast amount of support from the community during this difficult time. We recognize this incident is traumatic for not only the victims, students and staff in the Jefferson School District, but also the community and surrounding area as well," the sheriff wrote in a statement. "The great working relationship between the Jefferson County Sheriff’s Office and the school district that has already been in place has made it easy to mitigate and work through the complicated processes at hand.  The support and understanding of our community also aids in this process and it has not gone unnoticed."

Superintendent Martin said there will not be any school on Friday and there will be counselors available for those who may need them.

A 12-year-old student said she heard loud noises, then screaming. She said when her teacher went to check it out, he found blood. Students were being evacuated to a nearby high school.

"I am praying for the lives and safety of those involved in today's tragic events," Little wrote. "Thank you to our law enforcement agencies and school leaders for their efforts in responding to the incident. I am staying updated on the situation."

"My prayers are with those injured this morning at Rigby Middle School. I am grateful to our first responders and school staff who are working to deal with this terrible incident," she said. "I will do everything I can to support the district and the community moving forward."

"We send positive thoughts to the victims of this tragic incident and hope for their full and rapid recovery. Patience will need to be at a premium while school officials and law enforcement agencies investigate the situation," said Idaho Education Association President Layne McInelly. "The IEA and our local education associations are ready, willing, and able to provide whatever support is needed for the staff, students, and community impacted by today’s act of violence."

Rigby, a town of under 5,000 people, is located just north of Idaho Falls in eastern Idaho.

I am monitoring the heartbreaking events in Rigby today and my heart goes out to all of those involved in this tragedy. To the first responders and our heroic teachers and faculty who are keeping our children safe, thank you. https://t.co/CjZqWic5Ug

I am praying for those affected by the horrific events in Rigby today. I am grateful for the service of law enforcement, first responders and teachers responding quickly to keep students safe. https://t.co/7PU8t4HoDB