All of the victims survived. 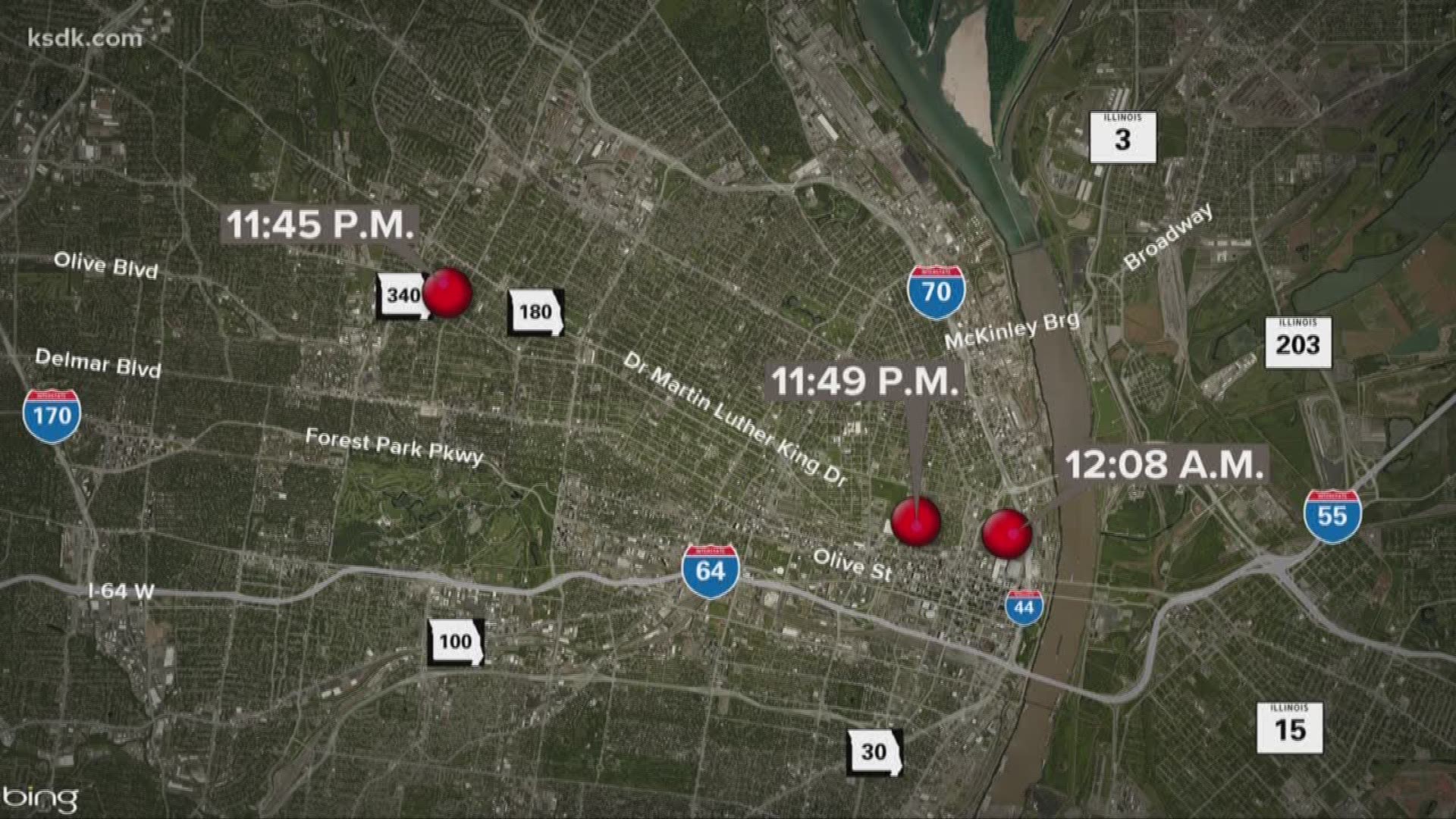 ST. LOUIS — Three people were shot within 30 minutes late Monday night into Tuesday. All of the victims survived.

Police first responded at 11:45 p.m. to the 5900 block of Romaine. That's in the Hamilton Heights neighborhood. The victim is in his late teens. He suffered a graze wound, police said without specifying where. He was awake and breathing when emergency crews rushed him to the hospital.

Four minutes later at 11:49 p.m., officers responded to another shooting. According to police, a man was shot in the face near 20th and Carr streets in the Carr Square neighborhood. The victim survived and was rushed to Barnes-Jewish Hospital.

At 12:08 a.m. just north of downtown, a man was shot in the stomach at 9th and O’Fallon streets. He was awake and breathing when emergency responders took him to Barnes-Jewish Hospital.

St. Louis police are investigating all of the shootings as first-degree assaults. They have not released any further information at this time.