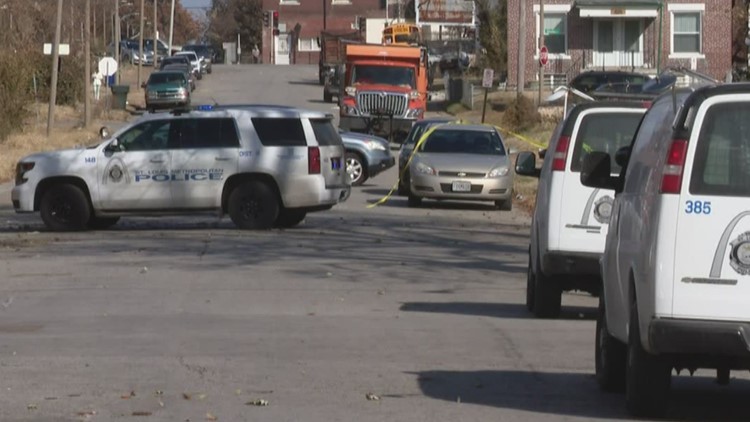 3 men killed in separate shootings in St. Louis on Tuesday

ST. LOUIS — Three men were killed in separate shootings in the City of St. Louis on Tuesday.

The first shooting occurred around 7:15 a.m. in the 5300 block of Dr. Martin Luther King Drive. Trey Neal, 31, was found shot to death on the sidewalk.

The two morning shootings happened blocks from each other. Police said they do not believe they’re related.

Tuesday night, police responded to the 2800 block of Stoddard where a 45-year-old man was found shot to death near a car in the alley. He has not been identified. A 30-year-old man was also found with multiple gunshot wounds and was transported to a hospital where he’s in critical condition.

Anyone with information in any of the shootings should contact St. Louis Metropolitan Police Department’s homicide division at 314-444-5371 or to remain anonymous sand possibly receive a reward, contact CrimeStoppers at 866-371-8477.