Man charged in connection to triple homicide in St. Louis

At this time, investigators believe all of the victims who died also were suspects in the shooting, along with the 47-year-old man who was injured and survived 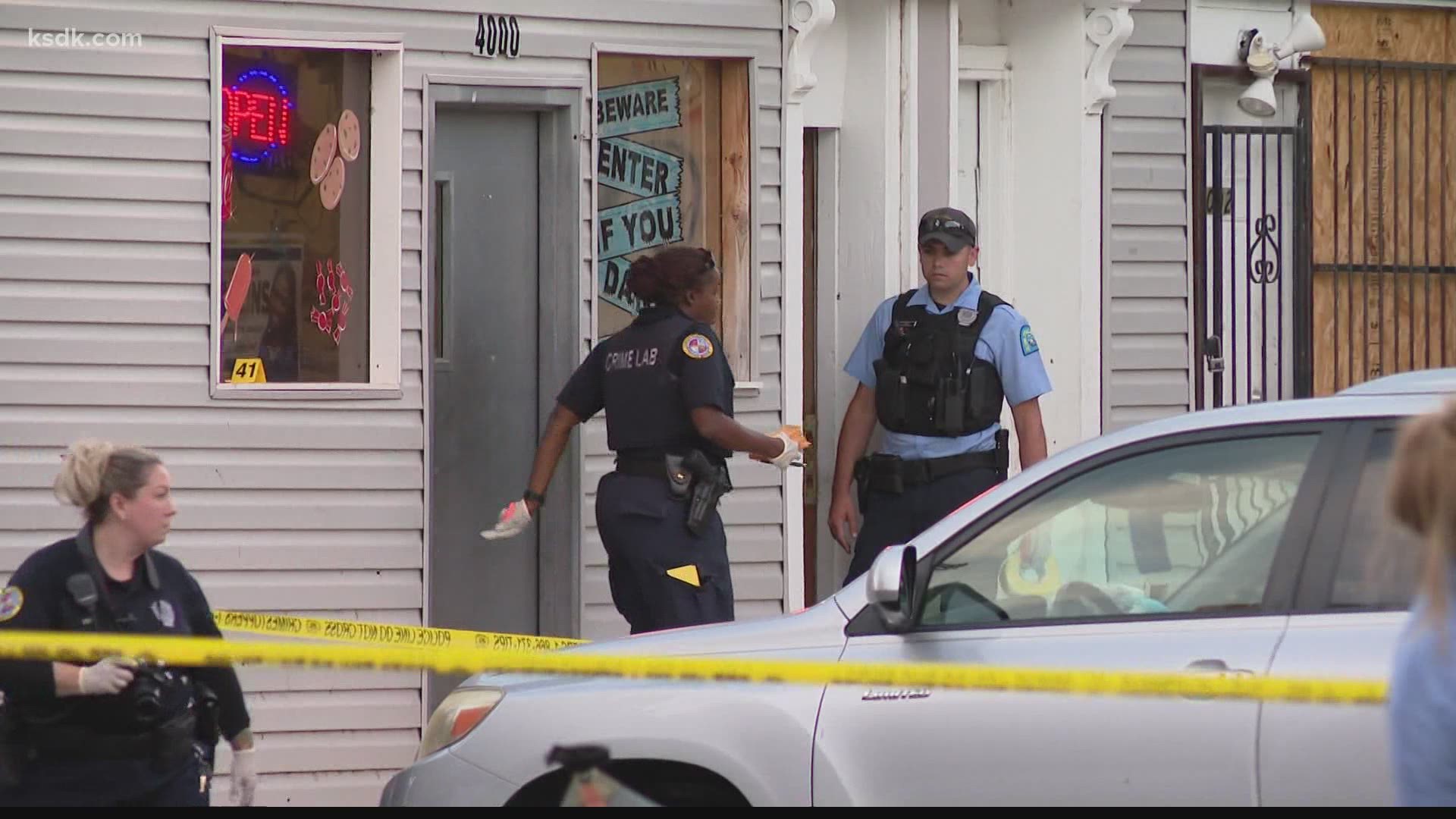 ST. LOUIS — A man has been arrested and charged after three people were killed and four others were injured in a north St. Louis shooting last month.

Dianthony Lake, 29, has been charged with first-degree murder, assault, armed criminal action and unlawful possession of a firearm. He is being held without bond.

At around 7:25 p.m. on June 21, St. Louis police were called to Sullivan and Warne avenues for a report of a shooting.

When they arrived, police said they found two men shot near a convenience store. The victims had multiple gunshot wounds throughout their bodies. They were pronounced dead at the scene. The men were identified as 40-year-old Kevin Page and 31-year-old Charlie Anderson.

A third man's body was found on the school grounds of nearby Farragut Elementary School. He was identified as 44-year-old OJ Pernell.

Four other men were injured in the shooting and found throughout the area.

At this time, investigators believe all of the victims who died also were suspects in the shooting, along with the 47-year-old man who was injured and survived. However, police described the investigation as "fluid and ongoing" and that the roles and motive are still being determined and may change as more information is gathered.

Friends held a vigil for Page, a local business owner they said was trying to improve his community.

“Kevin was a good guy. I knew him ever since he was a kid. He just wanted to help people in our neighborhood and improve our area. I was devastated when I heard he had been killed,” said Mark Calvert Tuesday evening.

Page’s girlfriend was too upset to talk on camera.

She told 5 On Your Side Page “was a humble, kind-hearted guy who did so much for so many people in this neighborhood. Everybody knew him. I can’t believe this happened. He had three children who are just one, six and seven,” the woman said.

“I came by the store today just to see that this really happened to such a nice man. He created an environment that was like a welcome wagon to all denominations, nationalities, the elderly and especially the young. He really cared about the kids and gave them free snacks often,” said Barbara Jordan.