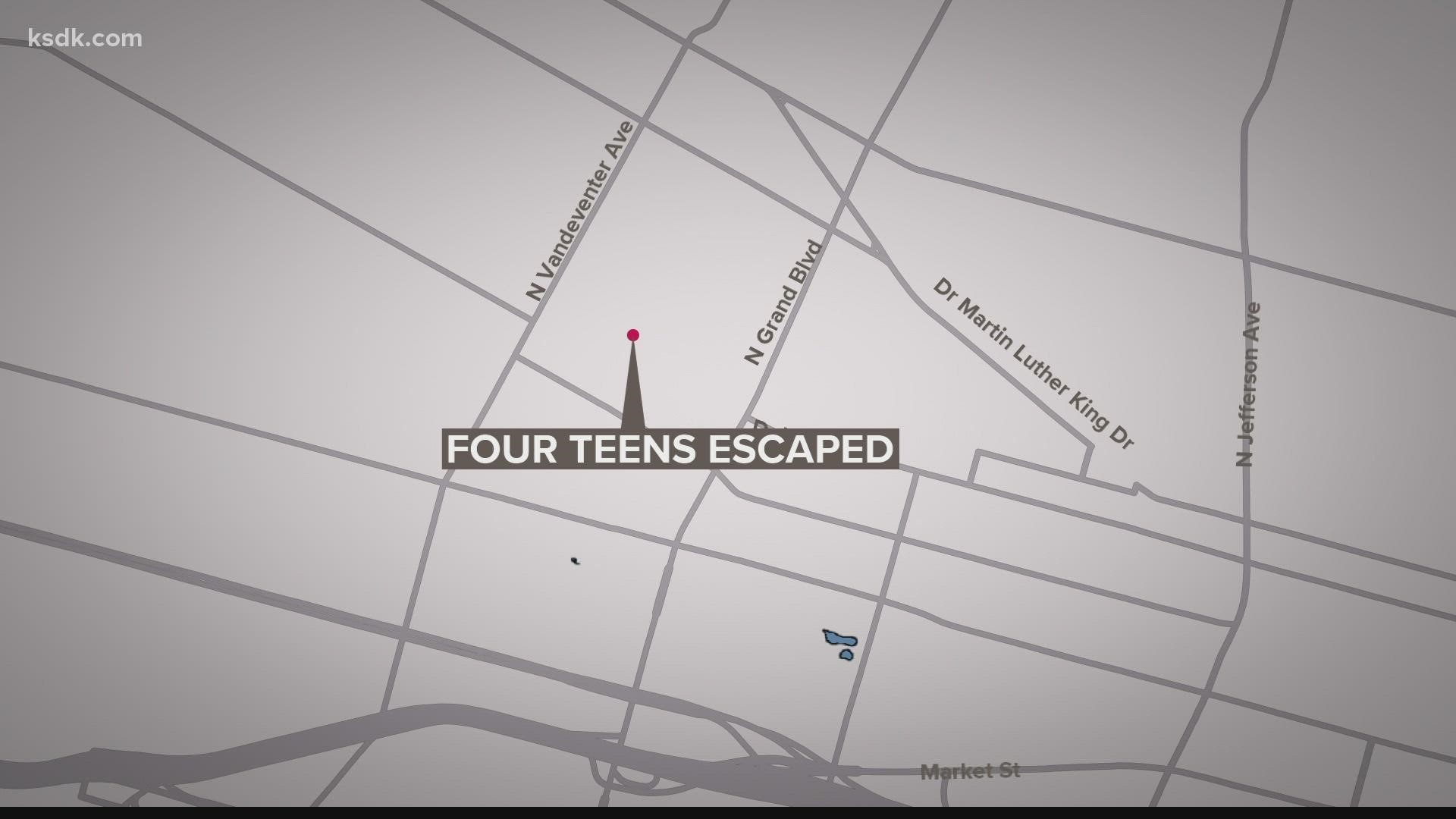 According to a St. Louis police source, the incident started when a 17-year-old boy being held at the Juvenile Detention Facility in the 3800 block of Enright Ave. asked to get a drink of water shortly before midnight.

After he was released from a cell, he entered a control room and unlocked other cells in the section where he was being held. At that point, three other teenage boys between the ages of 13 and 17 left their cells, the source said.

The four boys then grabbed a set of keys off a desk and used them to leave the building, assaulting several staff members and damaging a door in the process.

Once the boys were outside of the facility, they attempted to steal a silver vehicle being driven by a woman. They were unsuccessful and fled southwest across North Vandeventer Avenue.

The facility holds children who "may pose a threat to the community or be at risk for failure to appear in court."

The escape Saturday night marks at least the second time this year that juvenile detainees have broken out of facilities in the city.

On July 3, five teenage boys injured a youth center specialist and escaped the Hogan Regional Youth Center, a state-run facility, in the 1800 block of Hogan St. in north St. Louis.

According to police, the boys overpowered the youth specialist, causing him to hurt his ankle. They also doused his eyes with bleach, causing him to suffer eye injuries.

On their way out of the facility, the teenagers grabbed car keys belonging to four youth center employees and drove off in two of the vehicles.

Both vehicles were later found, and two of the teenagers were located and returned to the facility in mid-July.