'I hope she’s at peace': After 2 years of unknowns, family gets answers in fatal hit-and-run in Pontoon Beach

"I thought after the months kept rolling by, going through the videos and they haven't found something, it's a cold case." 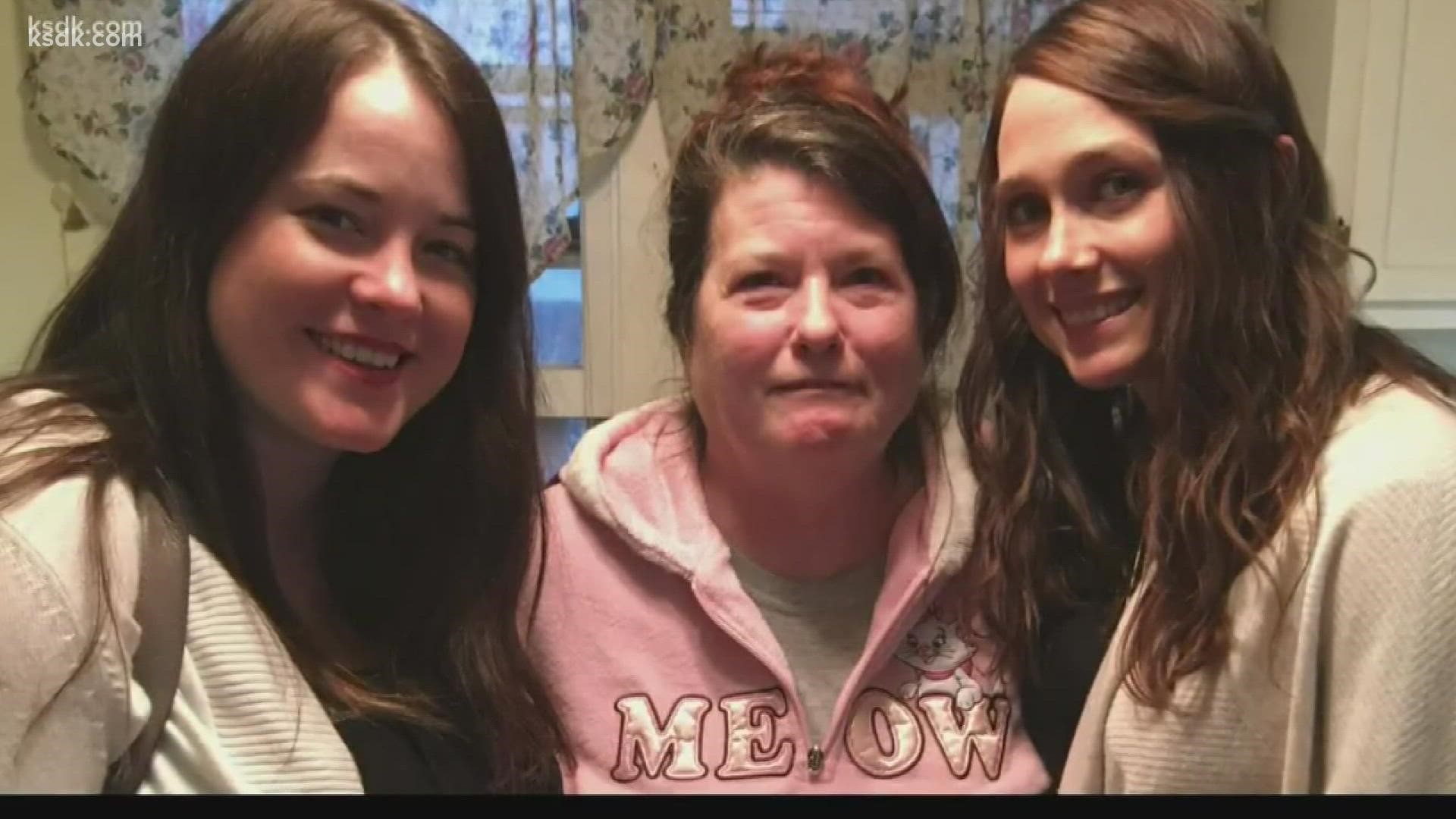 PONTOON BEACH, Ill. — Two years ago, Eugenia Collins was killed in a hit-and-run in Pontoon Beach.

Police released surveillance footage of the car they believe is responsible.

Just days after the incident, 5 On Your Side exclusively spoke to the woman's children.

They said, in order to move forward they needed answers.

RELATED: 'My mom was our everything' | Family speaks out after woman is killed in hit and run in Pontoon Beach

"She was a mother to everyone she met, she wasn't a stranger, everyone was family," Eugenia's daughters, Marissa and Kayla, told 5 On Your Side two years ago.

At the time, they knew there weren't many details to the case, just going off surveillance videos.

Eugenia's older sister Pam said her sister was a fighter, but lost her life to the trauma.

"She had a head injury, on a vent, she had face lacerations," Pam said of her sister's fight.

Eugenia saved the lives of others by donating her organs. To remember her, her family created a walk of honor.

"It does tear you up and that’s the last time you are going to see her," Pam said. "I wish she could've survived, I really do because she had a lot of fight in her and a lot of love."

Yet, it's a trait that's shared among the family.

Because in the last two years, they haven't stopped looking and fighting to get answers.

"Every time a white car like that would go by, I crane my neck, I'd try to see if that's the right car," Pam said. "In the beginning, I would be driving down subdivisions looking for this car. I would do that for the longest time and I was thinking I’m losing my mind here."

Pam was told by a detective that the scene was gruesome and she couldn't get that idea out her head. How could something like this happen to her baby sister?

"She was a pedestrian in the road and they should've stopped, but they didn't," Pam said. "Just to do that and take off, that's just inhumane to me. In a sense, my sister was murdered really, if you think about it. She was murdered. They took off and left her laying there."

At times, it got difficult to keep the momentum.

"I thought after the months kept rolling by, going through the videos and they haven't found something, it's a cold case," she said.

Family released balloons at her gravesite.

This moved her daughter Kayla to reach out to 5 On Your Side, wondering if the station could raise awareness on this case.

They hadn't heard from police.

So we reached out to the Pontoon Beach Police Department to get information a few days ago only to learn, the case was solved. They had a suspect.

What they didn't have was a contact for the family.

5 On Your Side was able to connect the two.

"You have no idea what this means," Kayla said.

"Kayla is a lot like her mom, she's a scratcher out there," Pam said of her niece. "So I'm glad she kept it up and talked to you, that's huge, that's really huge so I'm glad of that. Thank God. This is a huge one and I am grateful for that."

They didn't go down without a fight and Pam believes her sister is right next to them cheering them on.

Police said the state's attorney's office is looking at the case now for possible charges.

Pam explained they will feel the utmost justice if charges are placed.