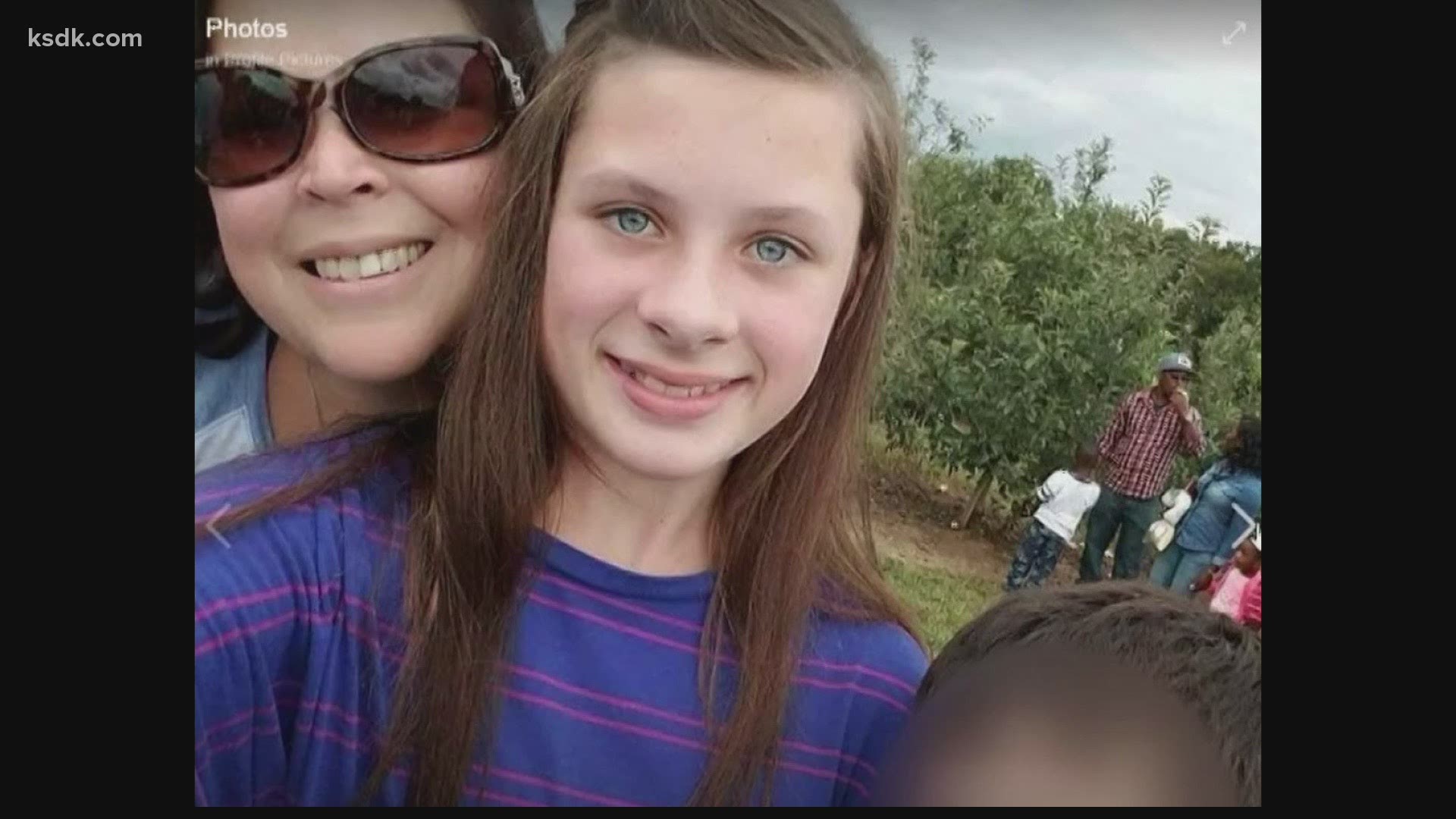 ALTON, Ill. — An Alton woman who pleaded guilty for the role she played in the death of her 14-year-old daughter with diabetes will spend the next several years in prison.

On Tuesday, a judge sentenced Amber Hampshire to seven years in prison, with credit for time served. She'll also have two years of supervised release.

Last October, Amber Hampshire pleaded guilty to one count of involuntary manslaughter, which is a class-two felony. The Madison County Prosecuting Attorney's Office said the crime carried a prison sentence of three to 14 years.

During the sentencing hearing Tuesday, Amber Hampshire read a letter to the court, calling her daughter’s death “a reoccurring nightmare that will not go away.”

Amber Hampshire has read a letter to the court, calling her daughter’s death “a reoccurring nightmare that will not go away.”

14-year-old Emily died of diabetic ketoacidosis because her mom did not treat her Type 1 diabetes, a diagnosis Amber hid for years. pic.twitter.com/47MdVEkHhS

Hampshire's psychiatrist also said the mother couldn't accept Emily's diagnosis for a couple reasons: Hampshire herself has type 2 diabetes, as did her mother and grandmother; and that the disease essentially led to Amber Hampshire's grandmother's death, which was a traumatic experience for her.

Amber Hampshire is currently in a rehabilitation facility and recently had three toes removed, but the judge Tuesday said sentencing could not be put off indefinitely. The judge added that she will give Hampshire the time to take care of her health in a way that Emily was not afforded.