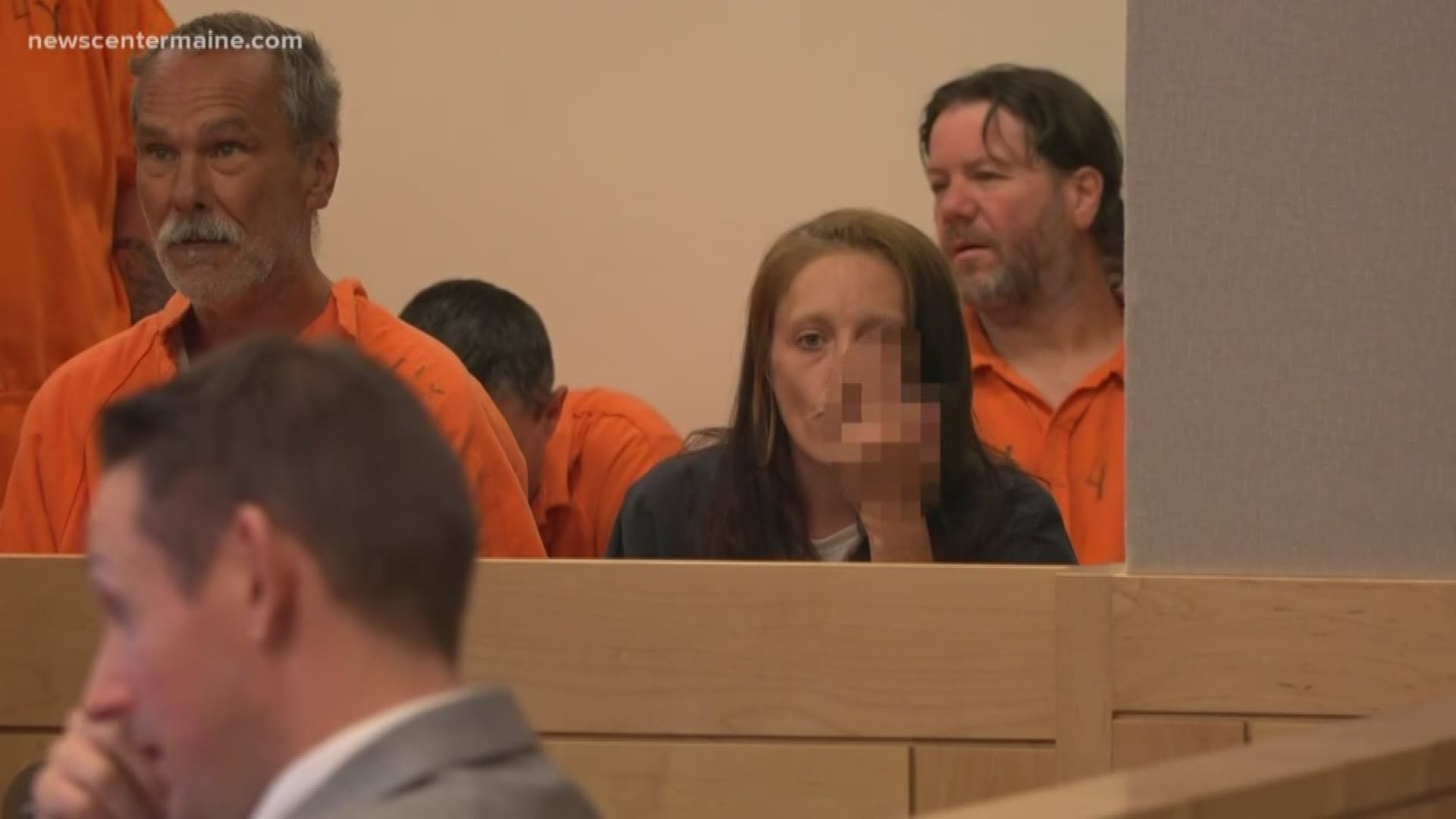 BANGOR, Maine — A Bangor mother being charged in connection with the death of her 1-year-old daughter, who died in Bangor last October, pleaded not guilty in court Wednesday.

Kimberly Nelligan, 33, pleaded not guilty to endangering the welfare of a child and possession of a scheduled drug in Penobscot County Superior Court. Her daughter, Jordynn, died almost a year ago in October 2018.

Smith told police Nelligan had been rubbing heroin on Jordynn's gums for two months prior to her death. He said he saw Nelligan do it at least 15 times.

While in court on Sept. 18, Nelligan made obscene gestures and mouthed inappropriate phrases.

Nelligan was granted bail on Wednesday under the condition she has no unsupervised contact with minors, no contact with her daughter’s father, and she was ordered to stay away from drugs, except marijuana, among other conditions.

"She has to submit to random search and testing and submit to a mental health evaluation and begin services for that," said Penobscot County District Attorney Marianne Lynch.

Nelligan is due back in court on November 12.

Nelligan was arrested on Tuesday, Sept. 17, almost one year after her daughter died. Nelligan, who has two other children, was living with her mother and her step-father at the time of Jordynn's death.

Credit: Penobscot County Jail
Kimberly Nelligan is charged with endangering a child after a 1-year-old died of fentanyl overdose.

Bangor Police and Fire responded to their home in the Holiday Trailer Park for a report of an unresponsive toddler on October 19, 2018.

First responders performed CPR on the girl who was then taken to Northern Light Eastern Maine Medical Center, but the child had already been pronounced dead at the scene.

Detectives of the Bangor Police Criminal Investigation Division have been working the case for almost a year and say a post-mortem examination showed the cause of death was probable toxic effects of fentanyl.

RELATED: Mother charged after baby overdoses on meth via breastfeeding

RELATED: Mothers with substance use disorder don't have to sweat the stigma - help is available

It's the second case of endangering the welfare of a child in Bangor taken to court this year following an infant or toddler's drug ingestion, but the first death.

"They're very serious, very difficult cases," said Lynch. "In some instances, the law isn't really designed to address issues like this."

Lynch went on to say she would like to see the law changed with the creation of a felony charge of endangering the welfare of a child. Currently, there is only a misdemeanor charge on the books in Maine.

As of Wednesday, the Nelligan case is still being actively investigated by Lynch's office.