Collectively officers said the vases' scrap value is less than $50. But the retail cost to replace them is over $4000 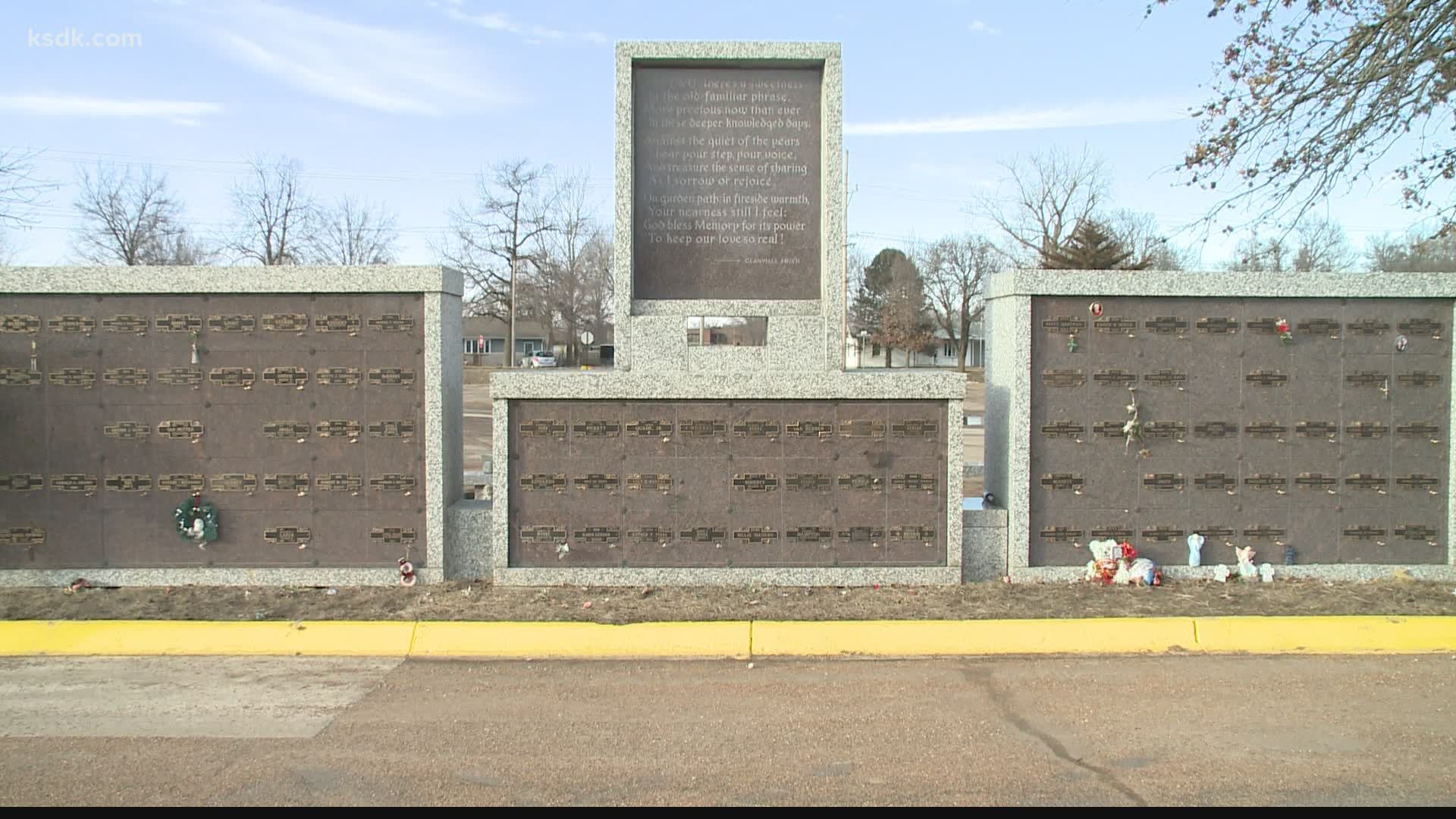 BETHALTO, Ill. — The Bethalto Police Department is searching for a suspect or suspects who stole from a local cemetery.

Officers were called to the Rose Lawn Memory Gardens on Tuesday, where someone entered the grounds overnight and stole approximately 80 small copper memorial vases off burial sites.

The flowers that were inside the vases were thrown to the ground.

The stolen vases were taken from the south side of the Island of Memories Columbarium, not from ground-level headstone markers.

Collectively officers said the vases' scrap value is less than $50. But the retail cost to replace them is over $4000. This is a cost that the loved ones of those targeted would typically have to cover.

However, the owners of Rose Lawn have stepped in and plan to cover the cost to avoid further emotional torment of those affected by the crime.

Bethalto Police Chief Mike Dixon left a message for the suspect(s) on the department’s Facebook Page. It reads:

“I want you to know that our officers will identify and apprehend you, and our State’s Attorney’s Office will ensure you are relocated to the state ran facility for which you belong. You would serve yourself well by turning yourself in and showing the courts that you have some small amount of remorse and decency. I’ll be waiting for your call, and or will be here to welcome you into our facility when you are arrested.”

Anyone with information on the suspect(s) in this incident are encouraged to contact the Bethalto Police Department through Facebook Messenger or by phone at 618-377-5266.