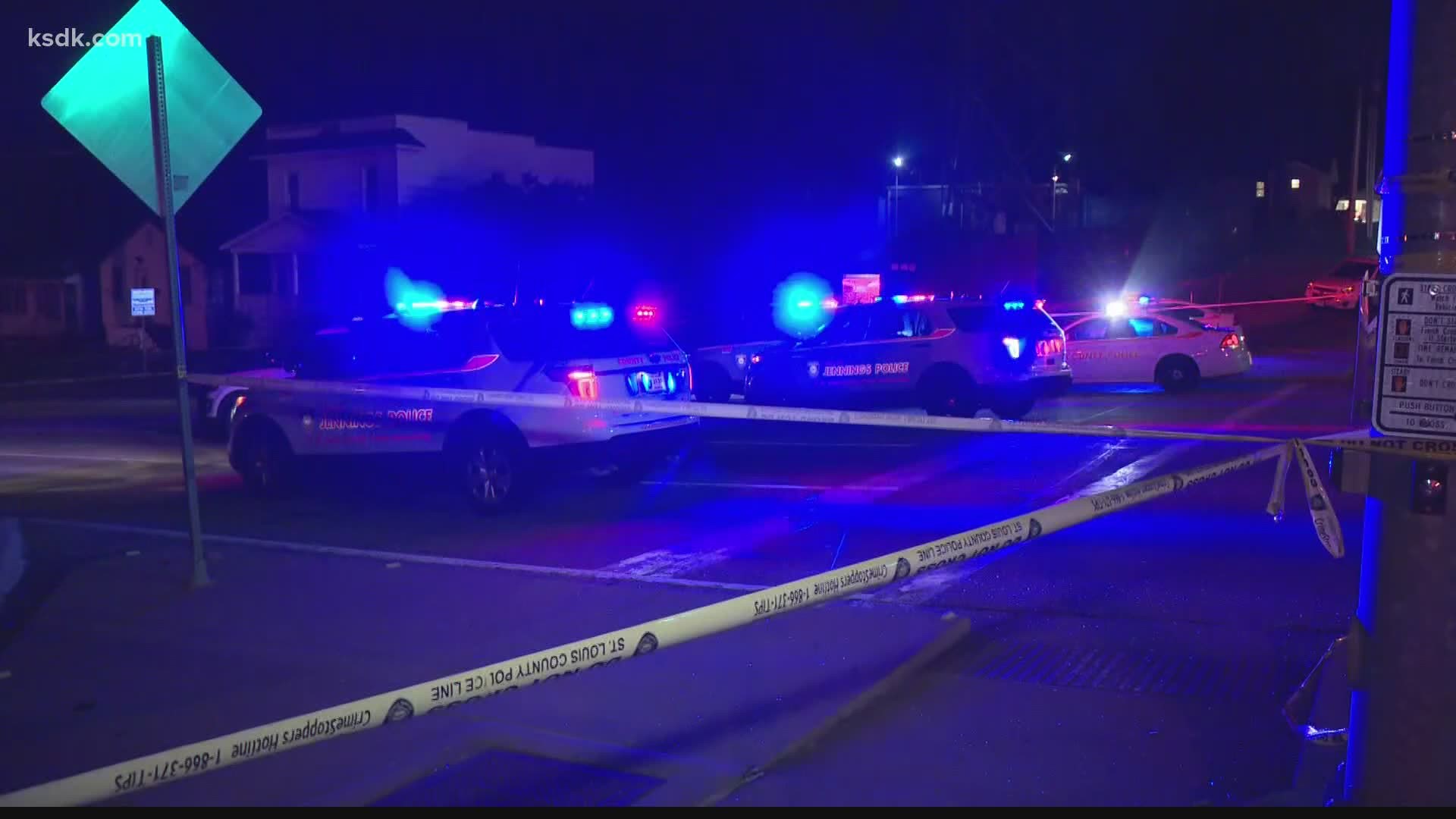 JENNINGS, Mo. — A 1-year-old boy was killed and his 29-year-old mother was taken to the hospital in critical condition after an apparent hit-and-run in the 5500 block of Jennings Station Road on Saturday night, police said.

The woman was also carrying a baby in a car seat. The baby appeared to be uninjured but was taken to a local hospital as a precaution, according to police.

An initial investigation by St. Louis County Police revealed the victims were walking westbound across the 5500 block of Jennings Station around 10 p.m.

As they were between the double yellow traffic lines, they were struck by a vehicle traveling south on Jennings Station. The vehicle was speeding around the traffic backed up at the light at the intersection of Emma Avenue, nearly driving in oncoming lanes, according to police.

After hitting the boy and the mother, the suspect vehicle fled the scene and headed eastbound in the 6900 block of Emma.

A woman on the front porch Saturday morning identified herself as the mother and grandmother of the victims, but she was too distraught to talk to a reporter. She said her daughter, who is hospitalized in stable condition, did not yet know her son was killed.

Evidence of other accidents is scattered along the street, even a full license plate left behind. Neighbors say people drive down this road fast and recklessly.

"Are you kidding? This is like the Indy 500," Vanette Allen said. "I sit here a lot of times and watch them go past me like 'Wow, are you kidding?'''

Allen knows how dangerous drivers can be here because someone recently launched off the road and landed on her front porch, requiring a new support beam on the corner of her property.

"It's absolutely ridiculous because what if my grandkids had been here or something. I could've been sitting there. There needs to be something done about this," Allen said.

The speed limit in front of Allen's home is 35 mph, though many drivers Sunday seemed to be pushing past that limit.

The St. Louis County Police Department’s Bureau of Crimes Against Persons and the Accident Reconstruction Team are investigating.