Byers' Beat: Behind St. Louis Mayor's move to take money away from The Workhouse

Mayor Lyda Krewson has proposed taking close to $900,000 away from the jail to fund program pairing police officers with social workers

ST. LOUIS — The 57-year-old woman barely had enough energy to cry when I first saw her sitting in a heap on her couch inside her north St. Louis home last winter.

She had spent the greater part of her life coping with her son’s mental illness.

The night I met her, he had just called police, insisting his mother had stolen his wallet. She said she didn't. He had just misplaced it. And he hadn't taken his medication.

His anger was growing.

So was his mother’s despair.

Dispatchers could hear her screaming in the background.

The moment was part of the last story I wrote for the St. Louis Post-Dispatch before joining the team at 5 On Your Side.

And one I have frequently thought about during the recent calls to invest money into social service programs and others that address the root causes of crime rather than in policing it.

I went into her house with St. Louis Post-Dispatch photographer Robert Cohen. We watched as Ryan Smith, a coordinator for the St. Louis Integrated Health Network, introduced himself to her as she sunk into her couch.

She looked up at him, the light in the dimly lit room reflecting off of the tears covering her dark skin, and told him he had the voice of an angel.

To her, in that moment, he was an angel. She reached out to hold his hand. And told him she knew her prayers for help had been answered.

She opened up about how she felt like she could no longer manage her son’s needs on her own, that she was a veteran, and she felt alone in her struggle.

Along with Robert and me, Smith and another community health worker, about three police officers were standing in her living room.

It felt like a crowd in the modest room – one she said she never expected when her son called the police.

The officers worked with her son to deescalate his temper as she continued to tell Smith her story. He collected information from her. Her age. Her race. Her military background. Her monthly income. Etc.

He told her he was going to take that information to connect her with any social services that could help her cope with her son’s mental illness and support her as well.

It was all part of a pilot program called the Mobile Crisis Prevention Team modeled after a similar program called Cops and Clinicians on the east coast.

Smith and his colleagues rode along with officers. They spent some of their time following up with crime victims police officers flagged as people in need as well as responding to calls with officers like the one involving the mother and son.

The officers I talked to about the program were beyond supportive of the idea, beating the drum about how they are not social workers and can’t provide the real help people they encounter need.

Along with Robert and I, Art Holliday of 5 On Your Side were the only reporters in town to get a front-row view of this program in action.

The woman’s struggle struck me because I realized how disconnected she was from basic resources available to people coping with loved ones who have a mental illness.

As social workers have told me in the past, desperate people do desperate things. 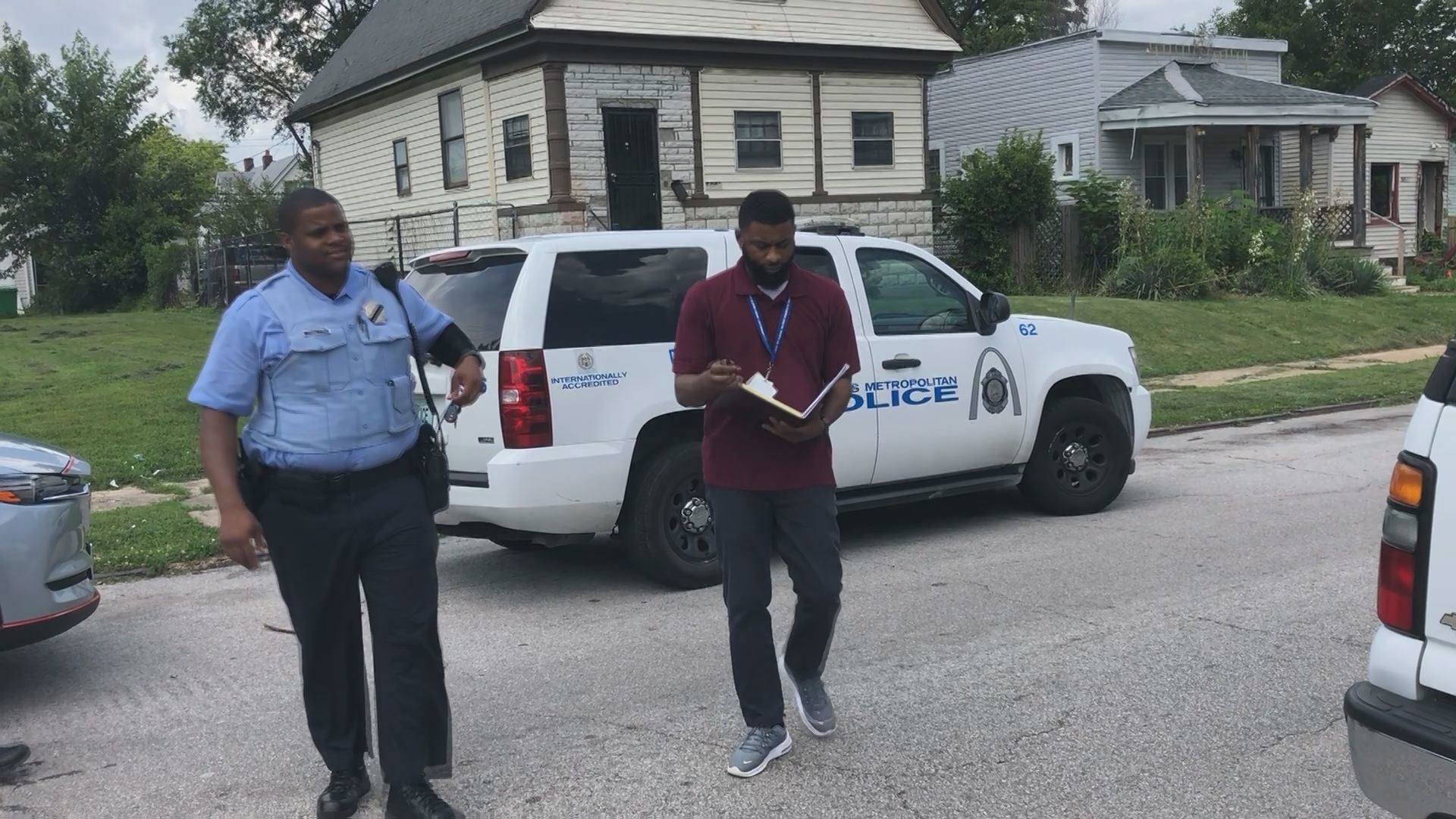 When we left, the program was still in the pilot phase with no plan for permanent funding.

But it has come up again in recent weeks after Mayor Lyda Krewson announced that she has introduced an amendment to the city’s budget that would move close to $900,000 away from the city’s jail, known by most as The Workhouse, to fund the program.

The Board of Alderman has until July 1 to approve the budget with Krewson’s amendment along with many others.

If they cannot agree on the budget, the original budget will go into effect without any of the amendments anyone has proposed.

Very few aldermen voiced support of any kind for the budget during Friday’s hearing – mainly voicing opposition to $8 million set aside to house about 100 people in The Workhouse.

I’ve also wondered what happened to the woman and her son, as well as the other people we met that night in crisis and whether the community health workers were able to make a real difference in their lives.

Moments after the police left her house that night, she called Smith on his cellphone saying her son was starting to get upset again. He told her to call the police this time because they needed to be separated for the night.

It’s impossible to measure whether the work prevented any crimes.

But I’ve also asked for any data the city gathered on the outcomes of this program that makes the mayor feel like it's worth such an investment.

I’ll let you know when I hear back.

I hope the mother and her son are among the positives.