Man who left car running to warm up in south St. Louis run over by fleeing car thief

He told police the thief hit him with his own car, then backed up and ran him over multiple times 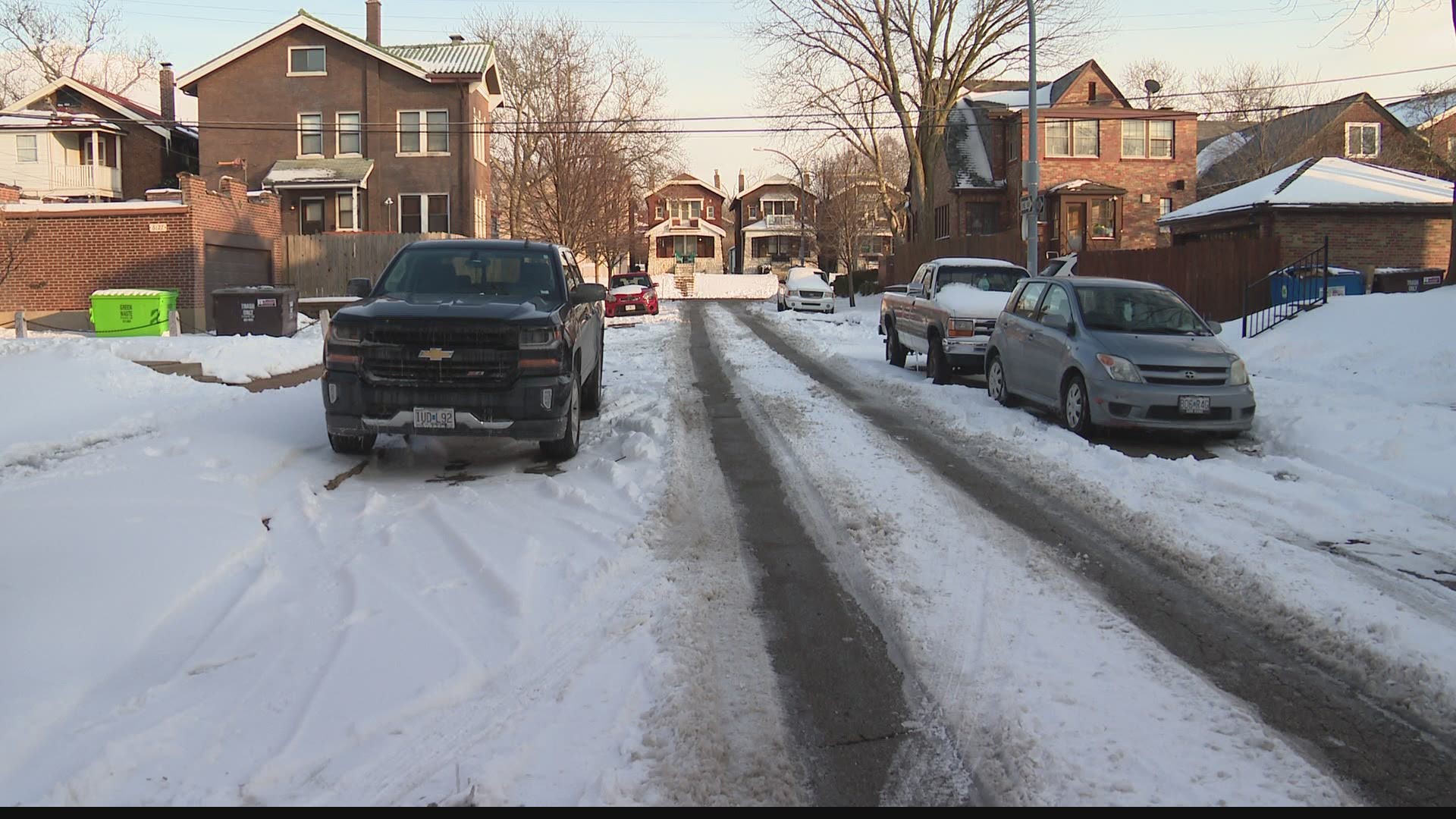 ST. LOUIS — Police are investigating after a man was hit by his own car after someone stole it while he was warming it up Thursday morning.

Police said they were called to a home on Bowen Street in south St. Louis at around 8:30 for a report of a person struck by a car. When they arrived, the victim told police he was hit by his own car.

The man said he was standing in the doorway of his home watching his SUV — which he left running to warm up — when a suspect jumped inside the car and started driving off. The victim said he tried to get the car thief to stop, but the thief hit the man with his own car.

The man said while he was on the ground, the thief backed over him several times before fleeing in the Pontiac Torrent SUV.

Steve Murray says he first heard police sirens and lots of commotion outside his home. He then saw his neighbor in a panic.

"I came around the front and then the neighbor next to me was telling me about her brother's car that just had gotten hijacked," recalled Murray.

The victim's injuries were not expected to be life-threatening. He was taken to the hospital for treatment.

"He was taken away in an ambulance and he was still alive. Yes, he's very fortunate," said Marce Ostermeyer who also lives on the street.

The incident was just blocks away from a similar car theft that was caught on camera earlier in the week.

On Monday morning, police said a Holly Hills homeowner told them he was standing on his front porch as his car was warming up. That's when a red Ford 150 pulled up with three guys inside.

One of the wanted suspects hopped out and then jumped in the victim's 2011, bronze Audi Q5 SUV.

Police say the thief quickly put the stolen SUV in reverse, crashed into a parked car and tossed the Audi owner into the side of another parked vehicle.

Despite the freezing temperatures, police say anyone warming up their car should stay in the vehicle at all times.

They also say don't try to stop anyone from stealing your car because that could be dangerous.