Bruce sat by quietly by himself for a short time with his head down before the hearing got underway. 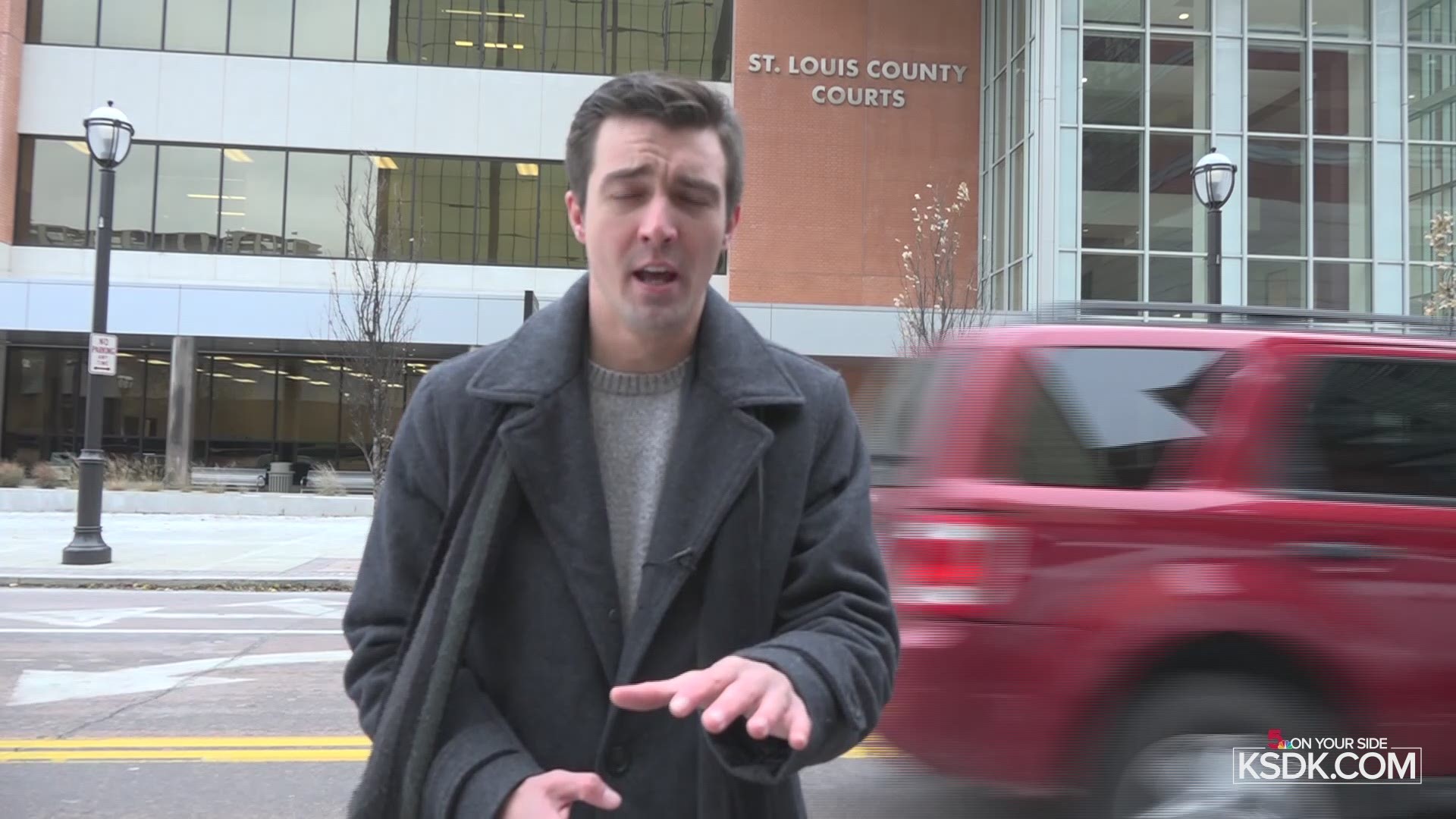 Bruce, 53, was charged with 17 counts, including first-degree murder and sodomy.

Bruce was escorted into a courtroom in Clayton first. He wore a khaki jail uniform and was handcuffed.

Bruce sat by quietly by himself for a short time with his head down before the other suspects who had court appearances were brought in.

The judge read off all 17 charges to Bruce in court and then asked if he had talked with a lawyer. Bruce said he had not. The judge asked if he would like a public defender, and Bruce said yes.

Because of the charges, Bruce is not eligible for bond.

His next court date was scheduled for next Wednesday, Dec. 5.

#BREAKING Judge just read off 17 charges to 53 year old Thomas Bruce. He’s accused of killing one person and sexually assaulting two others at the @catholicsupply store on Nov 19th. He requested a public defender and will not be eligible for bond. His next court date is Dec 5th

St. Louis County prosecutors allege the Navy veteran from Imperial, Mo. forced three women at gunpoint to undress inside a back room of the religious store in west St. Louis County and demanded they perform sexual acts on him.

According to charging documents, when Jamie Schmidt, 53, refused, Bruce shot and killed her before fleeing the scene.

But Bruce was later apprehended by law enforcement at his home early Wednesday morning.

Thomas Bruce, a 53-year-old man from Imperial, Missouri, charged with one count of first-degree murder, two counts of sodomy and three counts of armed criminal action in connection with the Catholic Supply homicide and sexual assaults.

5 On Your Side dove into Thomas Bruce's background.

He had absolutely no criminal record that we could find, although prosecutors say they are checking national databases to confirm that.

He filed bankruptcy a couple times, which appears to be the most trouble he's been in.

St. Louis County police have told us several times he did not know the woman killed in this case.

A memorial for Jamie Schmidt continues to grow outside Catholic Supply. The store on Manchester remains closed, but two other local locations have since reopened.

Schmidt was the mother of three and married to her high school sweetheart. Her sister-in-law described Schmidt as a soft-spoken, modest, faithful Christian and very kind person.

Schmidt attended St. Anthony of Padua church in High Ridge for more than three decades. She sang in the choir and helped paint some of the gospel symbols on the church.

Schmidt was also an administrator at St. Louis Community College in Wildwood.