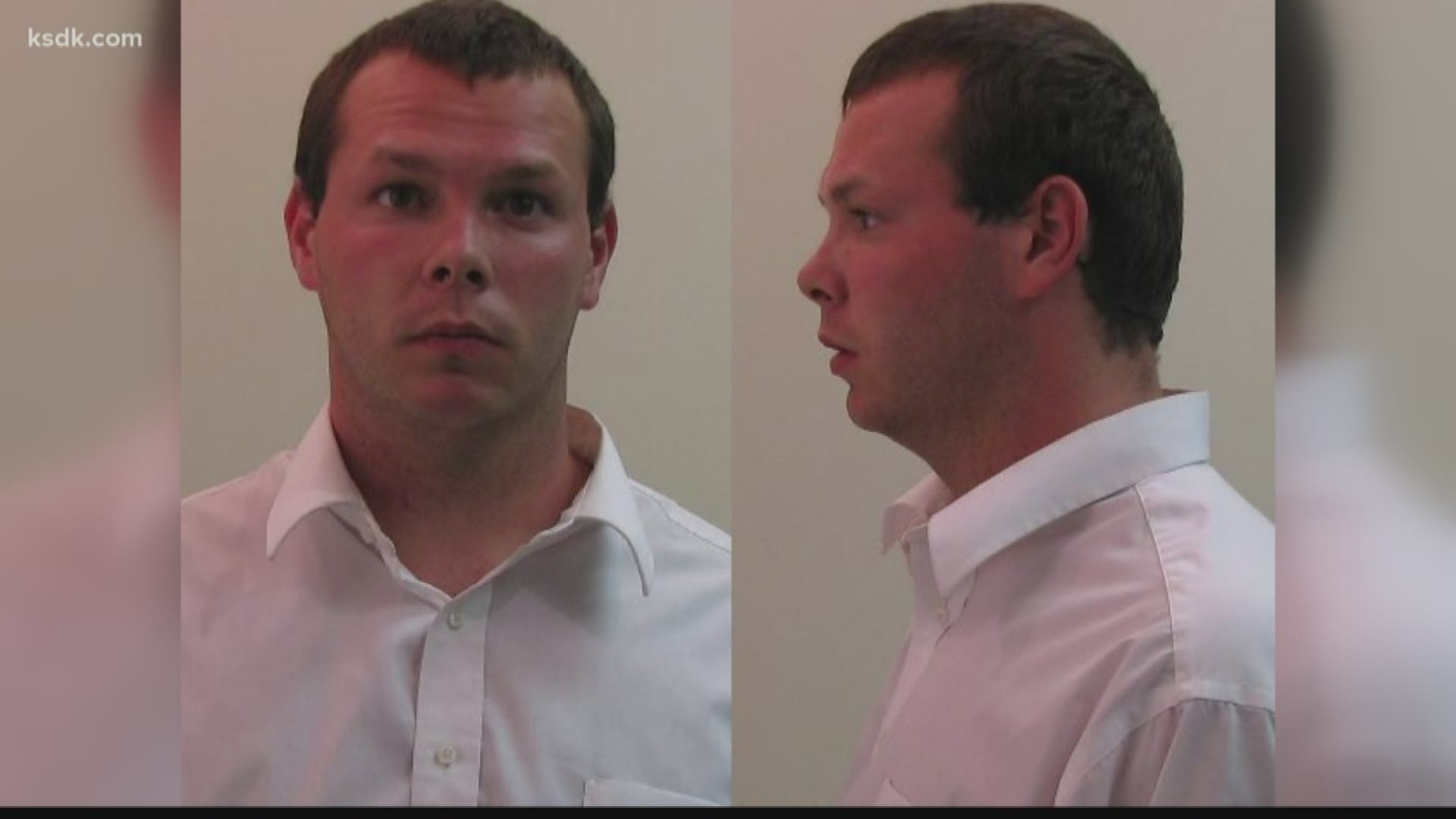 MADISON COUNTY, Ill — A man has been charged with animal cruelty after a malnourished dog was found dumped in Madison County, Illinois.

On Sept. 13, Pound Pets Inc., an animal rescue organization received a call regarding a dog that had been dumped. The organization found a terrier boxer mix named Bella in extremely poor condition. She was thin from being starved and covered in fleas.

The Granite City Police Department was notified on Sept. 17 of the incident and began investigating. Investigators determined that Bella belonged to Schrader and that he had withheld food from her for a lengthy period of time, resulting in extreme undernourishment which caused her to become weak and unable to walk.

Pound Pets provided Bella with lifesaving medical care. At the time she was found she weighed 39 pounds, which is approximately half her recommended healthy weight.

“Our pets are family members who provide unconditional love and support. They deserve every measure of protection under the law, and that is what we intend to seek for Bella. As owners, we have a legal and moral responsibility to care for and protect our pets. The allegations in this case fly in the face of those responsibilities and show the need for tough penalties for those who would harm or endanger any companion animal.” State’s Attorney Tom Gibbons said.

Schrader’s bail has been set at $25,000. If convicted, the maximum penalty for a Class 4 felony is 3 years in the Department of Corrections as well as fines and court assessments. Illinois law also permits the court to require a defendant to undergo a psychological evaluation and treatment, upon conviction for this offense.

Schrader will make his first court appearance on Oct. 4.

RELATED: She's surviving one of the worst cases of abuse this shelter's ever seen