O’Fallon police were first called to The Home Depot on Highway K for a report of someone stealing. From there, a chase led into St. Louis County 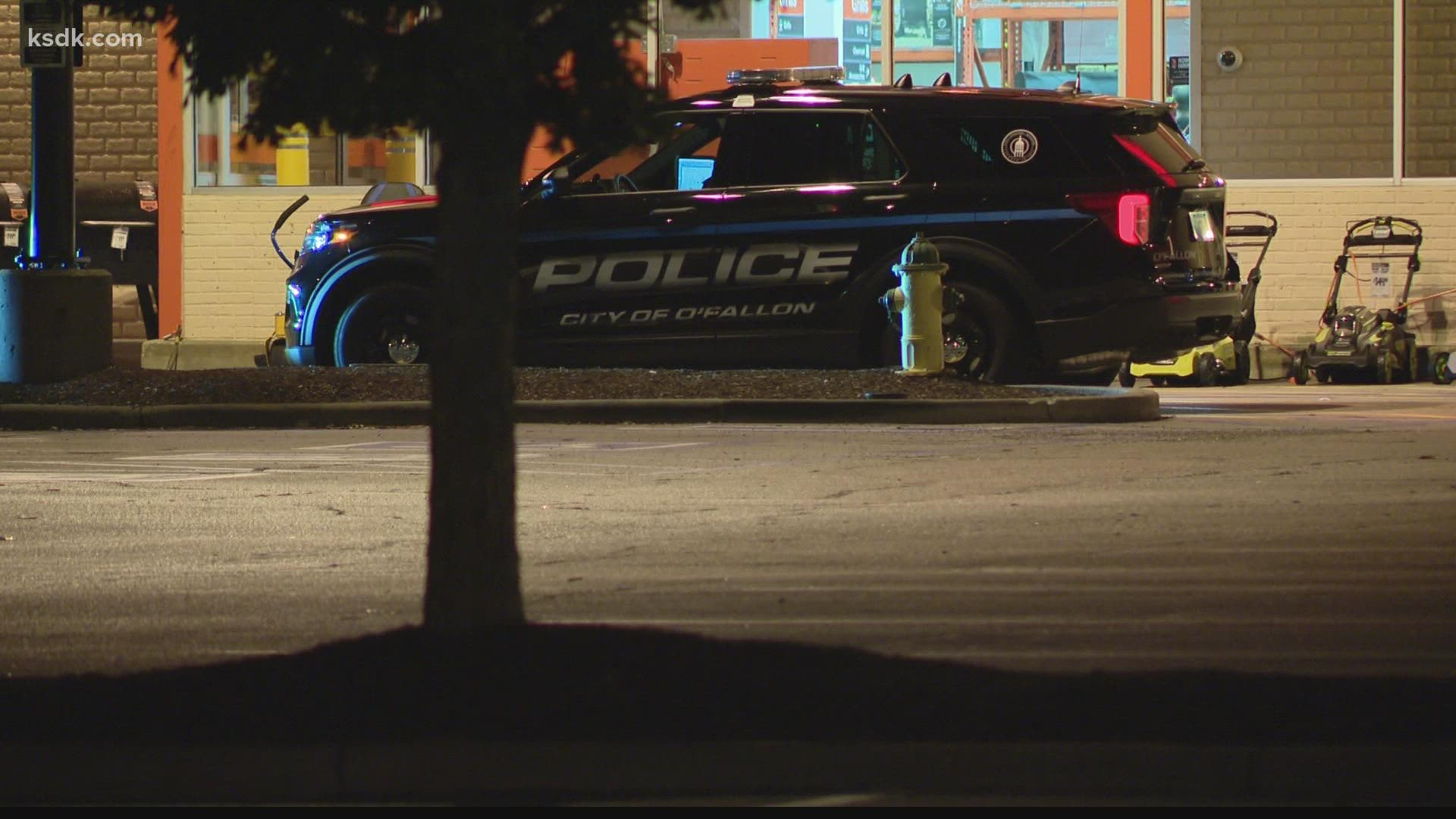 It started in O'Fallon, Missouri, and headed eastbound on Interstate 70 at around 9 p.m. and ended on that same highway in St. Louis County near Fee Fee Road in Bridgeton.

Before the pursuit, at around 8:40 p.m., O’Fallon police were called to The Home Depot on Highway K for a report of someone stealing.

When an employee confronted three people for stealing from the store, one of them fired a single shot into the air, police said.

A police officer in the area spotted the suspects’ vehicle and tried to stop it. The driver refused and drove toward eastbound I-70, leading to the pursuit. As the suspects and officer got onto the interstate, police said the driver of the suspect vehicle tried to hit the officer’s vehicle.

Carter was charged with first-degree robbery, second-degree assault, resisting arrest unlawful possession of a firearm and two counts of armed criminal action. Kent and Simmons were each charged with first-degree robbery, resisting arrest, armed criminal action and unlawful possession of a firearm. Carter is being held on a $150,000 bond and Kent and Simmons are being held on $75,000 bond.

The eastbound lanes of I-70 were closed for some time, but they reopened at around 10 p.m.