Chesterfield residents: Lock your cars and keep your keys | Police warn of break-ins

Police have responded to 12 vehicle thefts since Aug. 1 and that almost all of them were unlocked with the keys left inside 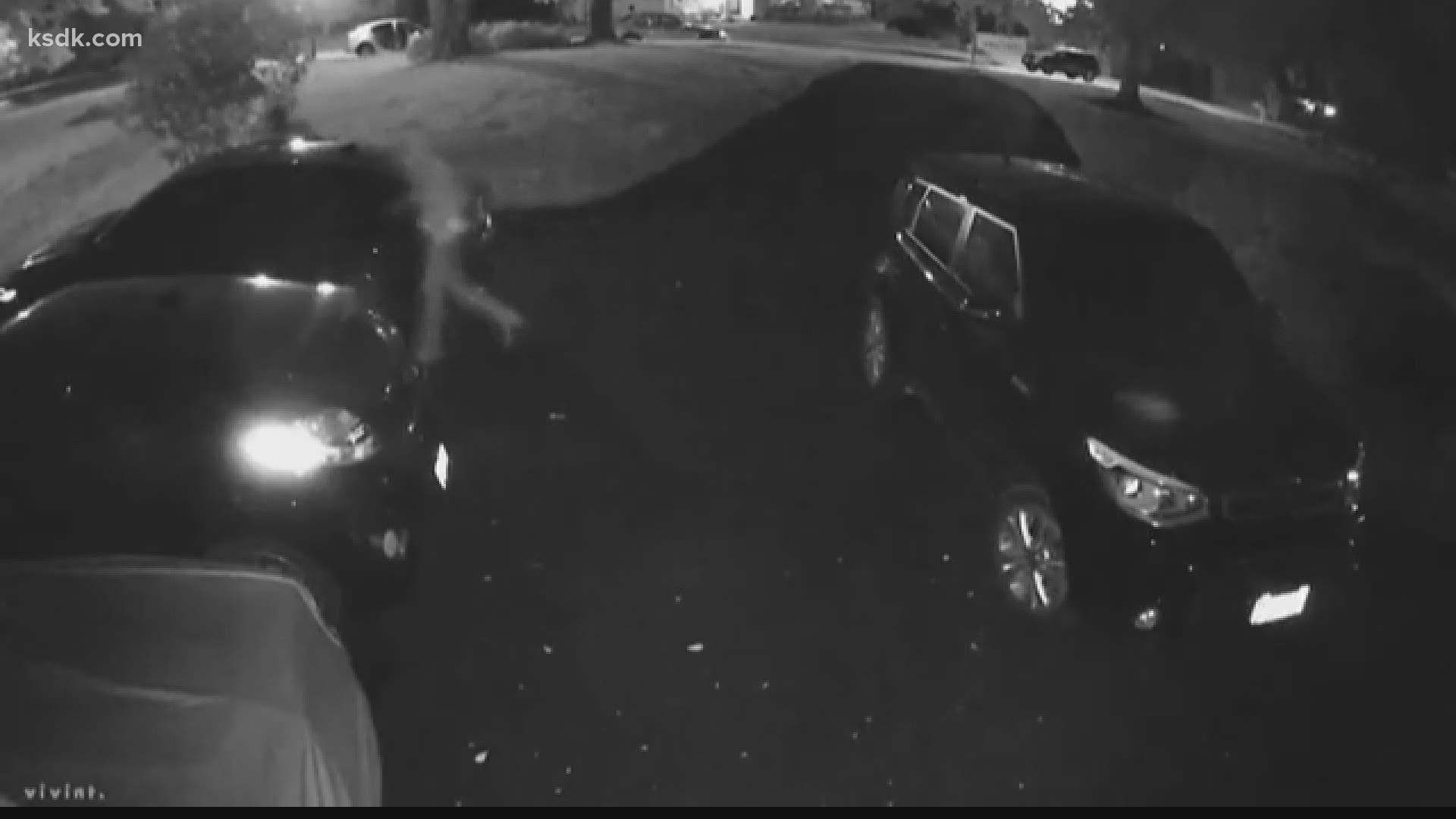 CHESTERFIELD, Mo. — The Chesterfield Police Department is noticing a crime trend that does not need to happen at all.

Officers have been responding to several reports of vehicles stolen throughout the city. Police said almost all of the vehicles were unlocked with the keys left inside.

“PLEASE secure your vehicles,” police pleaded with the public on Twitter. “Call your neighbors, friends, relatives and have them secure theirs. These crimes are preventable.”

To further drive home the point, police shared a video of a thief going through a car. The incident happened on Sept. 8 on Park Forest.

The video showed two people running up to three cars parked on what looked like a private residential driveway. One of the men had a gun in his hand. That man easily opened the passenger side door of one of the cars and got inside. He pressed the brake and push-start button to see if the car would turn on.

This is video from Sept 8th of 2 suspects going through unlocked vehicles on Park Forest. 1suspect is armed.
We have had 12 vehicle thefts since Aug 1st.If you see anything suspicious call us-911 or 6365373000. Do not confront them.Lock your car doors.Keep your keys with you pic.twitter.com/NY7g5GNfAq

While sitting in the passenger seat, the man rifled through the storage areas of the car. Meanwhile, the other man checked the other vehicles and stood nearby to kept watch. Within a minute, the man got out of the car with a package in his hand. The two men ran off.

Chesterfield police said the department has had 12 vehicle thefts since Aug. 1.

If anyone sees a vehicle theft happen, they’re encouraged to not confront the suspect.

Chesterfield residents who see anything suspicious are encouraged to call 911 or the police department at 636-537-3000.