"The crime is so bad. They're shooting all the time in my neighborhood. We need action," said north side resident Reign Harris 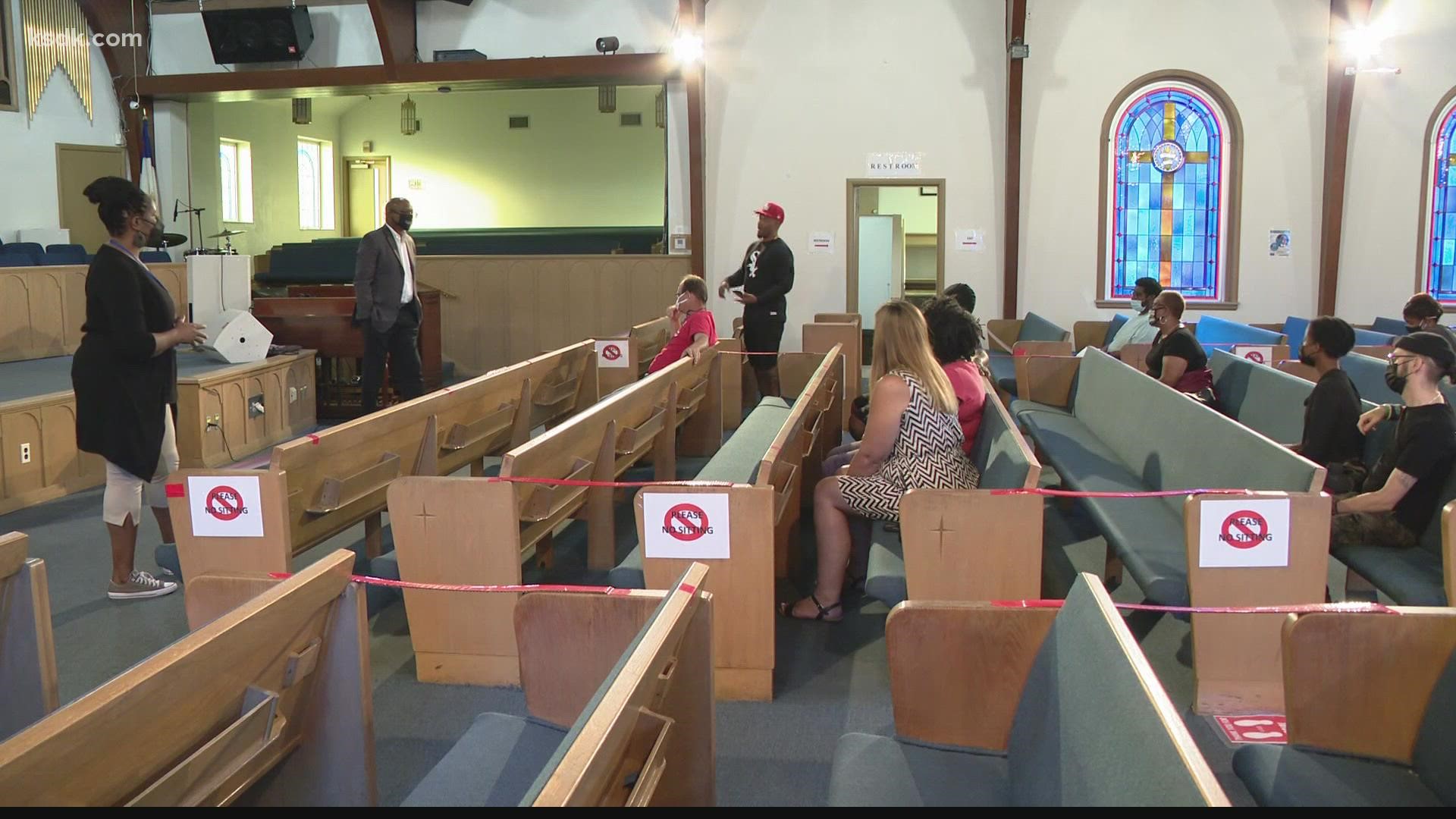 ST. LOUIS — "It's bad. They're shooting all the time. I'm just saddened by all this crime," said Reign Harris.

"Innocent people are dying for no reason," said Harris.

Nearly four years ago, Harris' 27-year-old son, Jaz Granderson, was shot and killed during a carjacking on the city's south side.

Thursday night, Harris was one of several moms who told Interim Public Safety Director Dan Isom they're "tired of seeing homicides, shootings and gun violence destroy their families and their neighborhoods."

"If we don't have enough officers on the streets, let's bring in military until we can get some," said Harris.

Two weeks ago members of the accountability group, Protest That, first held a silent, sit-in protest outside Isom's office at city hall, demanding that the Public Safety Director hear their crime concerns.

The group told Isom they'd like to see a new police district created on the city's north side and more officers patrolling city streets on a daily basis.

"I would like to see the police find out who's moving into all these houses in our North Pointe Neighborhood where all these problems are happening. They know where they are," said William Ray, who's lived in the north side area since 1977.

Isom admits the city has a serious crime problem.

As of today, there have been 122 homicides in St. Louis.

There were 173 last year this time.

Dan Isom told the crowd the police department's officers are doing everything they can to especially arrest criminals who are committing murders.

Isom also said the city's "multi-pronged approach to addressing crime has been successful."

"We're trying to be visible where we think things are more like to occur. We're also using intelligence, reaching out to the community to find out what's happening and really just trying to get those individuals who are repeat offenders. The reality is we do see a decrease in the number of shootings and the number of homicides," Isom said.

"All of these meetings behind closed doors are good, but we need some action," said Reign Harris.