A preliminary hearing was held Monday for Lyndsey Kallish and Lauren Rielly, Life University lacrosse players charged with involvement in an armed robbery. 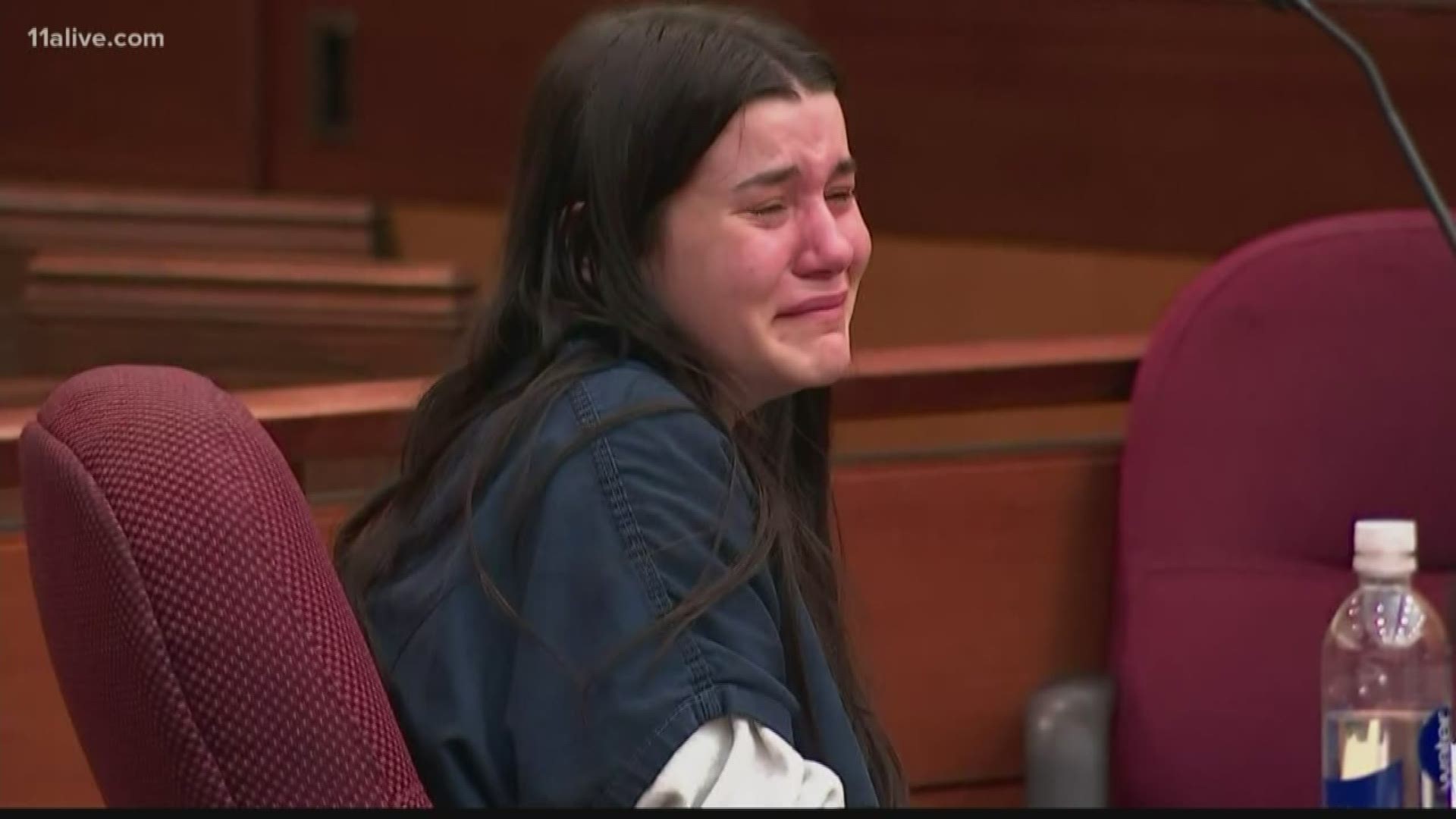 "Why was it so sexy that the boys were like beating people up?"

An Atlanta Police detective testified Monday about that exchange in a court appearance for the two student athletes.

According to screenshots of the conversation that were presented in court during a preliminary hearing for the two, Kallish, also accused in the armed home invasion, responded that she wanted to sleep with one of the men - who are accused of pistol-whipping at least one man unconscious that night, fracturing his skull and leaving him lying in a pool of blood.

"Like it just really turned me on," Rielly went on.

"Me too," Kallish responded.

That exchange was one of a flurry revealed during the hearing by Atlanta Police investigator Carlos Maldonado. The detective also touched on the athletes' alleged admissions to their roles in the Nov. 8 incident, how they expected to be paid for it and how rapper Yung Bans was allegedly connected to it.

During the proceedings, a Fulton County judge ruled probable cause for Kallish, 19, of Duluth and Rielly, 20, of Alpharetta to be bound over for trial on a number of charges in connection to the armed robbery of an Airbnb house in the Reynoldstown neighborhood of Atlanta last month.

The judge dropped several of the charges, including burglary, being involved in a gang and using a gun in the commission of a felony. He upheld charges of aggravated assault, home invasion, armed robbery and aggravated battery and bound the athletes over for trial on those charges. He also said a grand jury may add back the charges he did not uphold.

Maldonado testified that the incident began with the two women hanging out at Yung Bans' Midtown apartment with him and the two alleged gunmen, and getting a Snapchat invitation to the party. At one point had the party apparently had dozens of people, but by the time Kallish and Rielly arrived after 2 a.m. there were only seven left.

The two men charged with robbing those seven people at gunpoint - Maxx Pritchett, who is in custody, and another at-large suspect - allegedly saw money and drugs in the invitation and decided they wanted to steal it.

Kallish and Rielly, Maldonado testified, had been promised money to take the men there and scope things out by going in first.

He then outlined the series of events that unfolded - how the women texted with Yung Bans when they arrived; how they went into the party, how they were said to be looking around, uninterested in the other people but apparently interested in their surroundings; how Rielly left in a sprint; how she then drove suspiciously around the neighborhood with her lights off; and how it culminated with the men going into the party and committing the violent robbery.

In addition to the victim with a fractured skull, another's nose was broken and a third was struck multiple times. Multiple wallets, phones and even a pair of Nike shoes were stolen, he said.

Maldonado also testified that there were multiple texts between Rielly and Kallish after the fact about getting the money they were promised. And, he said, a text from Rielly to Yung Bans, saying "can we get the money?"

When he didn't respond after some time, he said she sent a follow-up text, just a question mark.

Life University released a statement last week saying the school is "aware of the arrests and ongoing investigation involving two of our students, and we understand the serious nature of the incident. Until such time as all matters have been settled through the legal system, the University has no further comment on the investigation."

The detective also testified to the lasting impact the incident left on one of the victims: The man left in a pool of his own blood from being pistol-whipped had just started a new job the day of the attack. Because he was in a probationary period at the job, he was fired when he couldn't return to work.

In a bond proceeding directly following the preliminary hearing, the two were denied bond.

Man tortured by gang members, skull 'depressed' in one the most brutal murders in Atlanta