The Major Case Squad has been activated after a 34-year-old man was shot to death in Alton, Illinois. 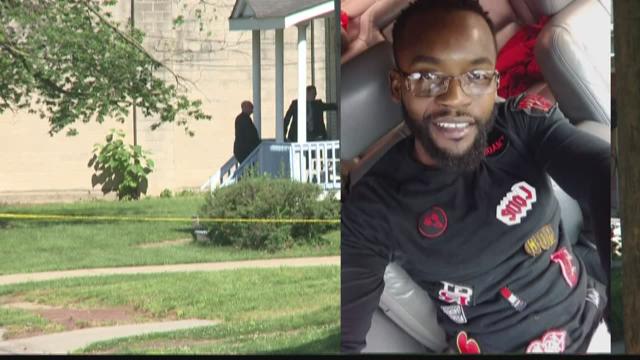 The sound of gunshots in an Alton neighborhood around 4 a.m. Sunday startled homeowners. And now the Major Case Squad is investigating.

According to police, the 34-year-old victim was found lying in the roadway. Neighbors shared recollections from the early morning shooting.

"I was awakened right after 3 o'clock by a motorcycle up at the corner," explained Marsha Lynch, who lives just a few feet away from where shots were fired, on a side street off of Union.

"And I heard a gunshot and at first I just thought it was a firecracker going off and then about two seconds later another gunshot and a man screamed, " she said.

Other neighbors say it was startling.

"The only thing I did was duck down on the floor,” said Lashonda Stiff, who also lives down the street from the incident.

Lynch said when she heard the commotion, "I turned the light off my porch so nobody could see me and I saw up on Union, there were two police cars up there down the block."

Alton police officers responded to the 900 block of Union Street just after 4 a.m. They found 34-year-old Derrance G. Taylor. He died on scene of a gunshot wound.

"I’ve been here for years and I've never seen anything like this, it was quite a shock when I heard what happened,” said Joan Madison, who also lives off of Union, close to the crime scene.

According to the police report, Taylor was an Alton resident.

The Major Case Squad is helping Alton Police. About 27 Major Case detectives are working this case.

"You know that's somebody’s son and I would like to say I’m really sorry for her loss," said Lynch’s sister, Valerie Forbes.

Stiff added, “God knows it all, I just pray for the victim’s family."

At this point, there’s no word on whether or not Taylor and the suspect knew one another. Police tell us it’s exploring all possibilities.

If you have any tips or insight in to this case, you’re asked to call Crimestoppers.