There was a large gathering in the area when police arrived, which they say has been an ongoing issue linked to violent crimes 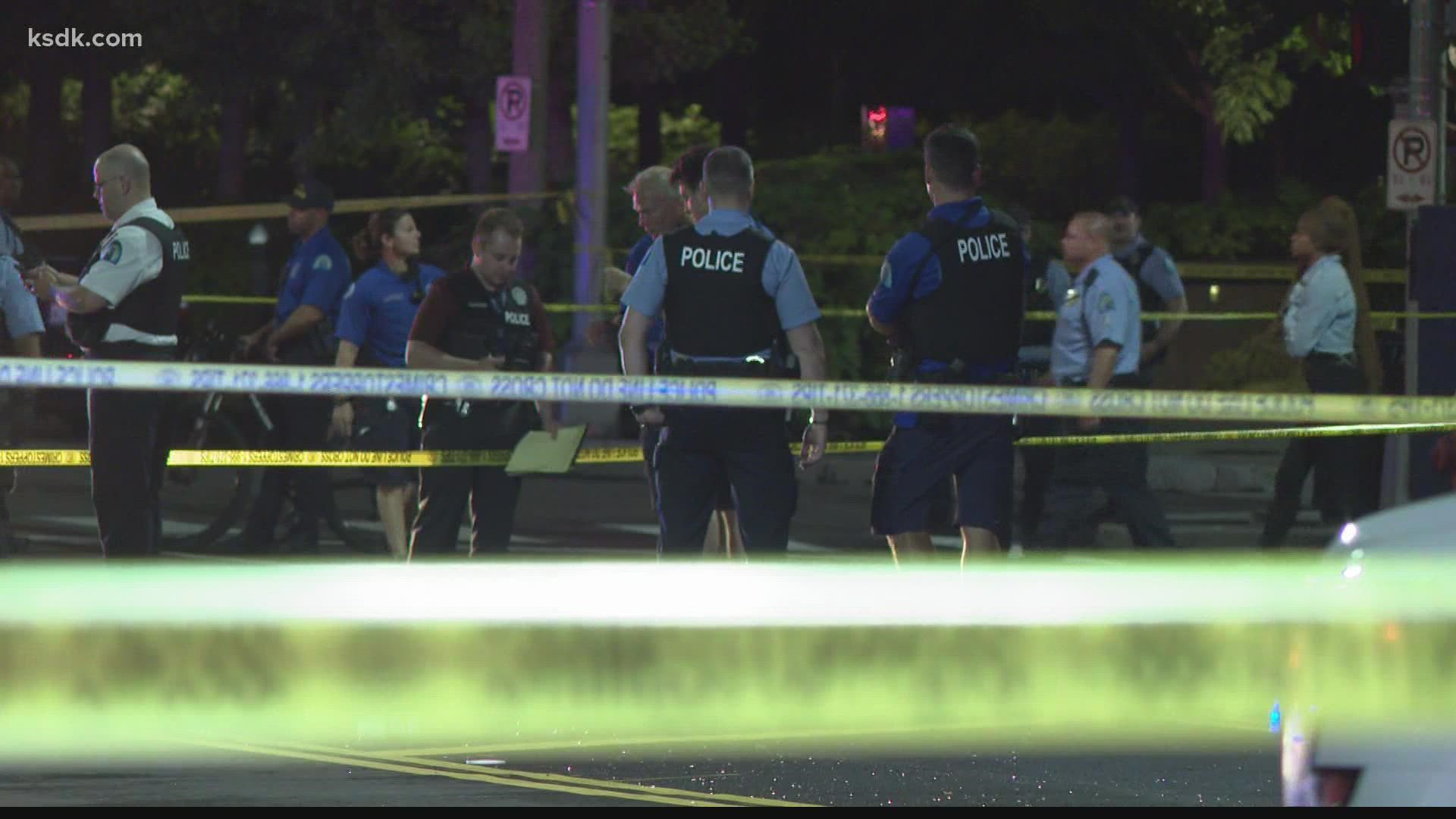 According to Lieutenant Matthew Karnowski with St. Louis Metropolitan Police Department, at around 2:20 a.m., police received multiple calls about "shots fired" and shootings around Market Street between 8th and 9th Street.

When officers arrived, the scene was "chaotic," Karnowski said. They observed a large, hostile crowd of about 100 people. At that point, backup was called.

According to police reports, three victims -- one woman and two men -- were discovered with gunshot wounds. Their ages range from 20-23.

Preliminary investigation revealed the victims were standing around their vehicles when they heard gunshots coming from a park located north of them and they all ducked down.

Officials say the woman is in critical condition, while the men are stable.

The shooting is still under investigation. There is no information on what led up to the shooting, or any suspects.

Investigators do believe there is more than one shooter, and they came from Citygarden Sculpture Park.

"Over the past year or so there have been a number of violent crimes associated with large groups in downtown. The police department is currently working on efforts to mitigate these incidents of violence, so we're exploring ways to quell these issues," said Karnowski.

While working to secure the scene and make it safe for EMS workers, a 22-year-old man refused to get behind police tape, became physically aggressive, and interfered with the investigation, according to police.

"He was taken to the ground by officers and his friends," the police report said. He was later released from the scene with a summons.