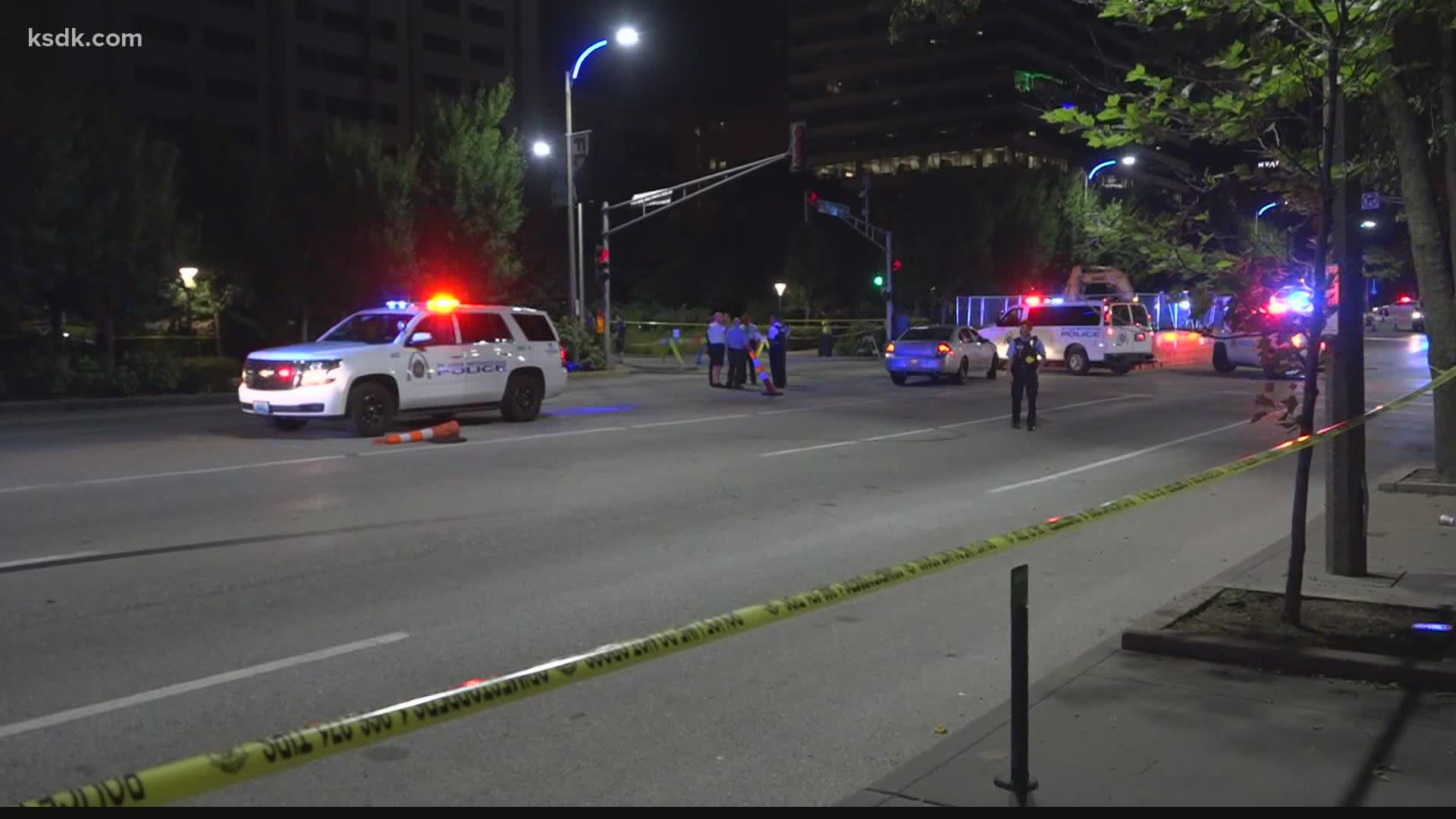 It happened near Citygarden Sculpture Park around 10:50 p.m.

The suspects then began shooting at the victims and then ran from the scene.

Police said the suspects did not get away with any of the victims’ property.