The FBI is leading the investigation. 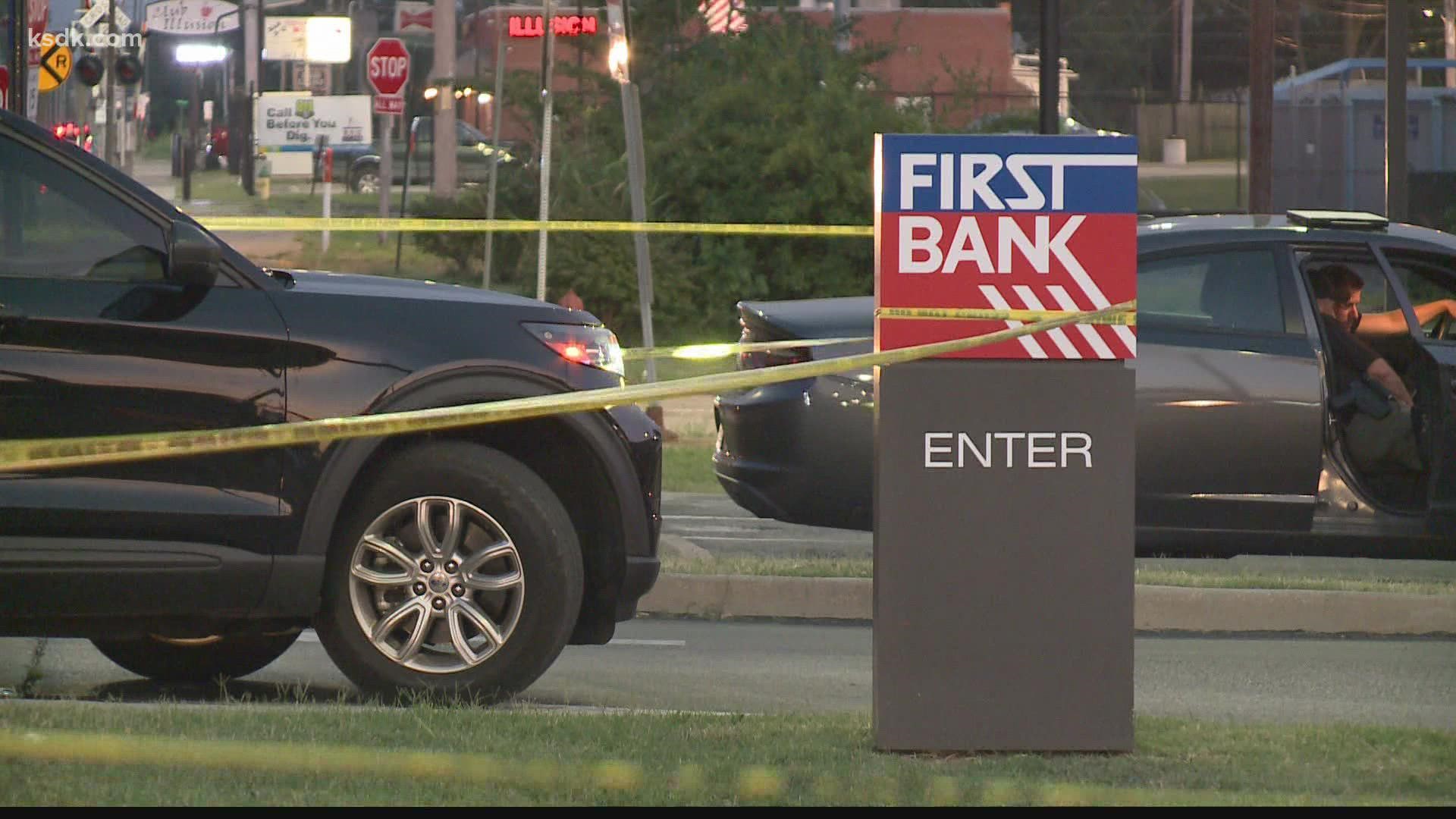 EAST ST. LOUIS, Ill. — One person is dead after an armed robbery of a First Bank branch in East St. Louis on Friday afternoon.

That night, authorities issued an alert that two of the suspects were at large. They have since been located and taken into custody by the FBI.

According to the Federal Bureau of Investigation, there was a robbery at the First Bank in the 300 block of Riverpark Dr. in East St. Louis.

One of the men shot and killed a man at the bank, the FBI says.

The victim was identified as Ted T. Horn of St. Libory, Illinois.

Credit: KSDK
Investigators lowered the flag to half staff as they moved the victim's body from the building.

The two suspects are believed to have also been involved in an incident in Fairmont City around 3 p.m. Friday. A bank would not let the men into the building after they were seen acting "suspiciously," according to an FBI spokesperson.

The agency is currently processing the scene, as they are leading the investigation.

Law enforcement is looking for tips on the incident. Tipsters can remain anonymous by calling Crime Stoppers at 1-866-371-8477. There is a reward for information that leads to an arrest.

We'll have more details as this story develops.