'He was actually my hero': Fallen Brooklyn police officer's parents say he was living his dream

"He lightened up everybody's life when he showed up. Words can't express how proud he made us," said Brian Pierce Sr. 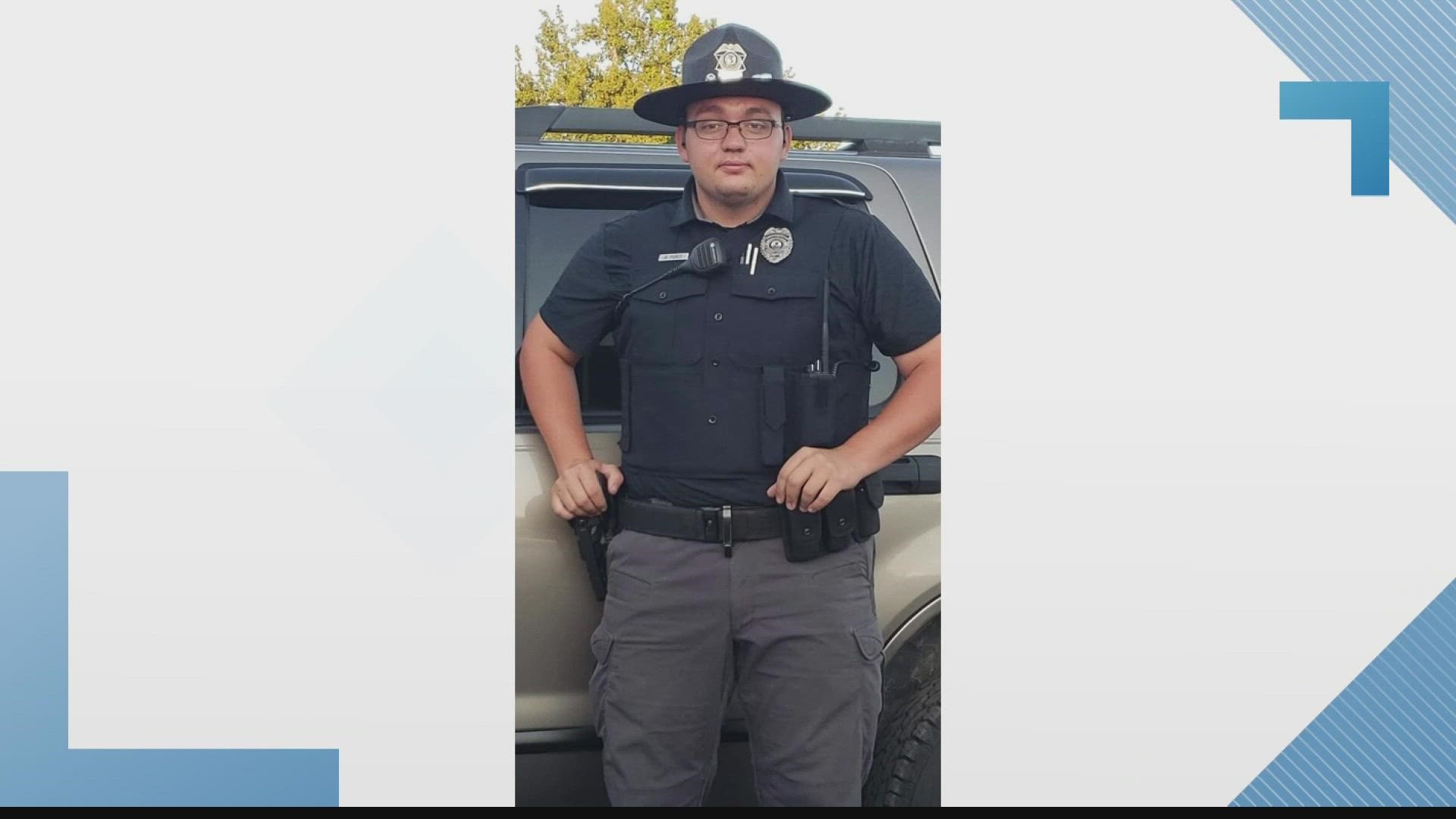 BROOKLYN, Ill. — His parents say ever since he was a child Brian Pierce Jr. dreamed of becoming a police officer.

"He played with fire trucks and police cars all the time. Dad and I knew when he was just three years old that this is where we were going. He wasn't a typical kid," said Tammy Pierce, Brian's mom.

"After he got off work at his first job, he would go straight to the Brooklyn Police Department. He really enjoyed working there and made a lot of friends there. He was actually preparing to move to Brooklyn," said Tammy Pierce.

The dedicated police officer drove more than an hour from Carbondale where he lived to Brooklyn.

Each time he put on his badge, Brian made his parents proud.

"Words cannot express how proud I was of him," said Brian Pierce Sr.

"You know I asked him when he got older 'Why do you have this passion? You know I worry now about you all the time?' He said, 'But mom I want to save people," recalled the officer's mother.

Investigators said Pierce was laying down spike strips in an attempt to stop a chase.

Within moments, the driver of a red Dodge Charger involved in the pursuit hit and killed the young officer. Police are still looking for that driver.

"I have not stop crying. He was our baby boy. I don't know what we're gonna do without him," said Tammy Pierce as she wiped tears from her face.

"This is just hard to believe right now. I don't believe it's true still. He was actually my hero," said Officer Pierce's sobbing dad.

A heartbroken dad who wishes he could hug and hear from his "hero" one more time.

"I didn't get that call today and I won't tomorrow," said the grieving father.

His funeral services are still pending.

“Officer Pierce died doing what he loved,” said Chief Ron Battelle, executive director of The BackStoppers. “It’s hard anytime you lose a first responder. It is especially so when he was such a young man with a promising career ahead.”

Investigators are asking anyone with information about the driver, that they're still looking for to call the Illinois State Police Department at (618) 346-3990.