1 killed in double shooting on I-70 in St. Louis

The shooting happened at around 11:18 p.m. in the eastbound lanes, just before the Broadway exit 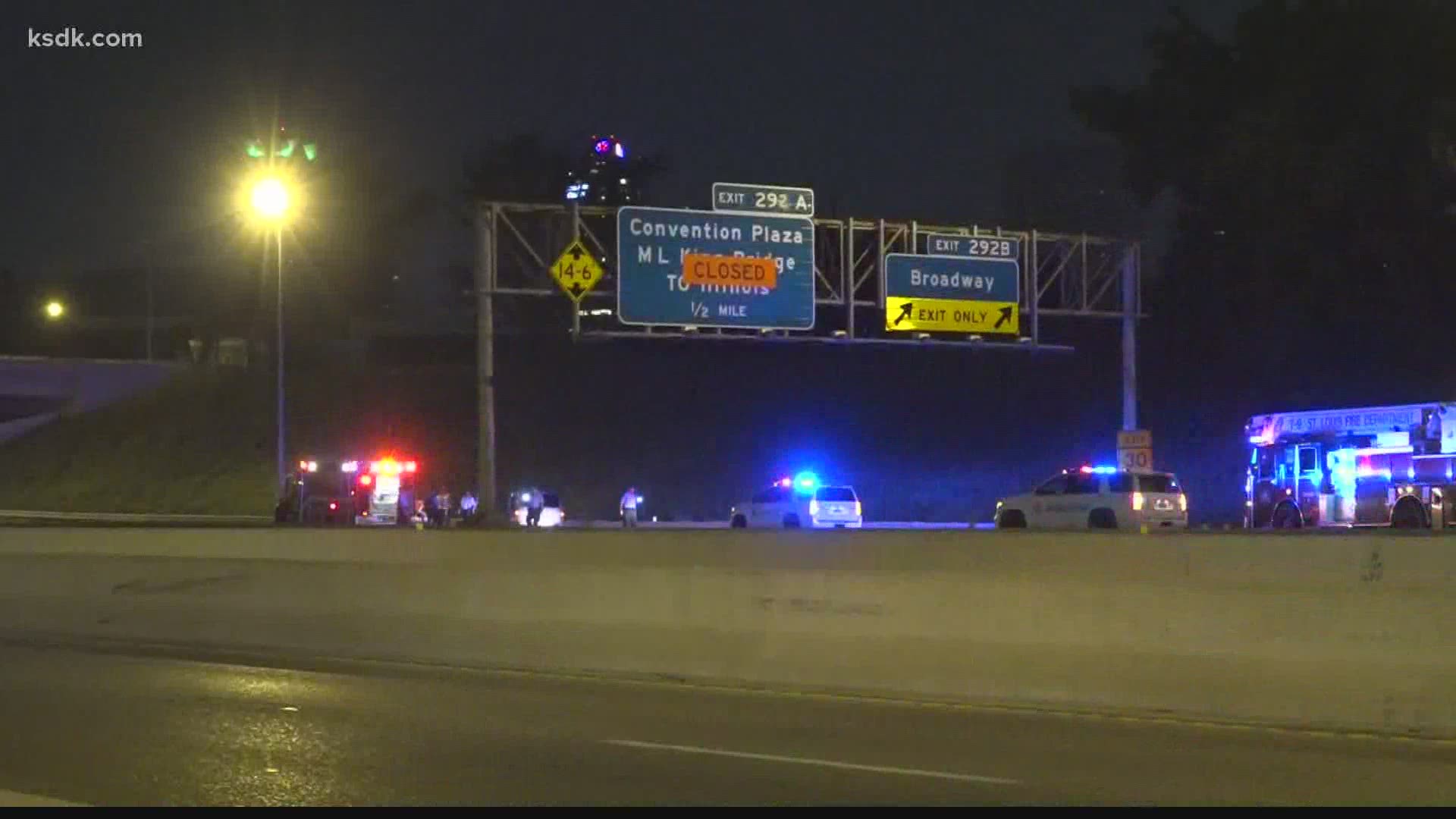 ST. LOUIS — A person killed and another was injured in a shooting on Interstate 70 late Tuesday night.

The shooting happened at around 11:18 p.m. in the eastbound lanes, just before the Broadway exit slightly north of downtown. The St. Louis Metropolitan Police Department said one person was pronounced dead inside a car, and another person suffered a graze wound to the hand.

No further information on the victims or the circumstances of the shooting has been released.

17-year-old who led a dozen departments on chase charged