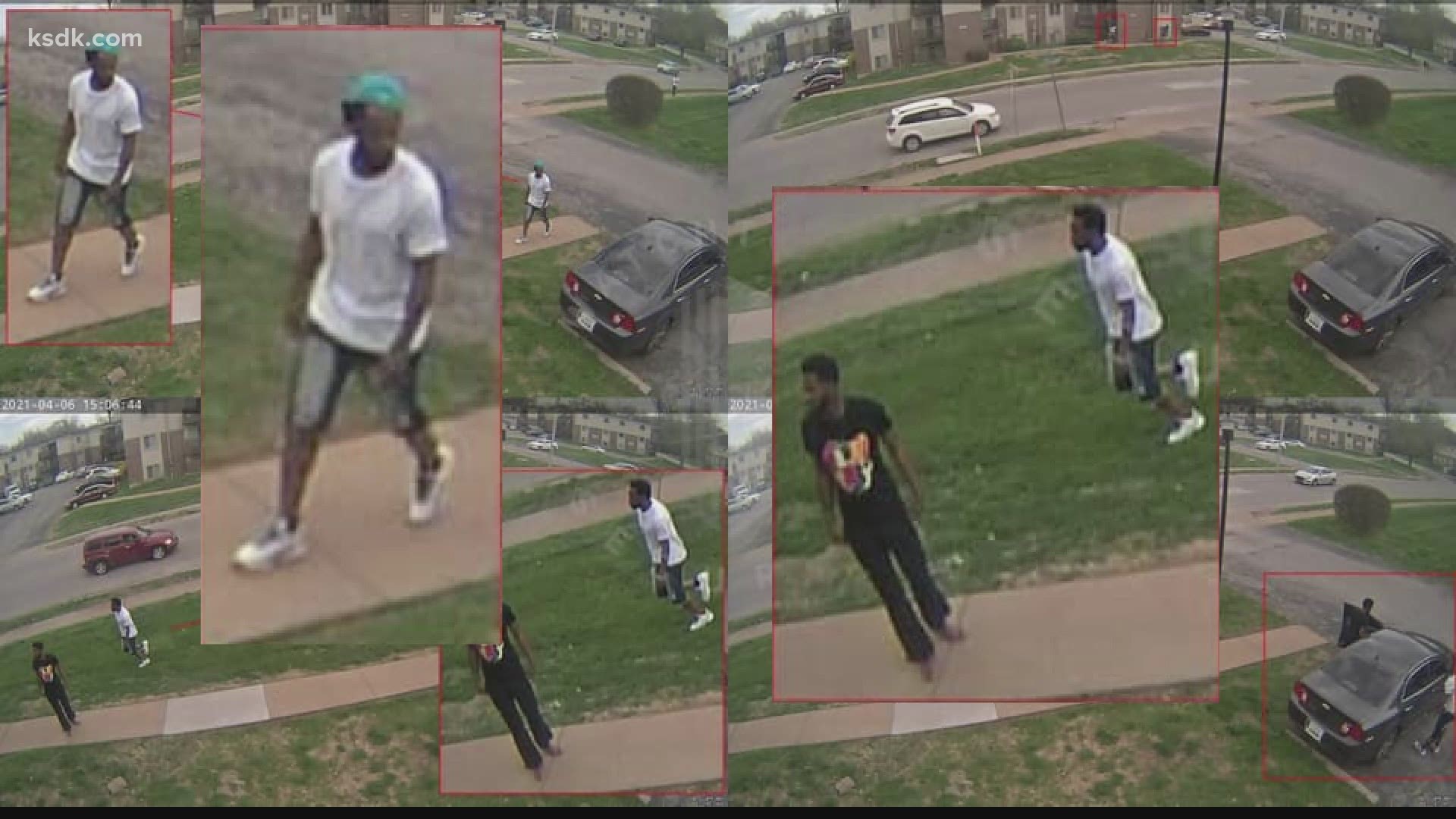 FERGUSON, Mo. — Police in Ferguson, Missouri, are looking for two people in connection with the shooting death of a 19-year-old Tuesday afternoon.

Police were called to the 2900 block of Canfield Drive for a report of a shooting. When they arrived, they found a man suffering from a gunshot wound and another person who was assaulted during the incident.

Both victims were taken to the hospital for treatment. The man with a gunshot wound was pronounced dead at the hospital. He was identified as 19-year-old Elijha Walton. The person who was assaulted was treated and released.

Police said the incident started as an argument that escalated to a fight and shots being fired. Police said the suspects knew the victims, but they were able to get away before the police could arrive.

Police said they are looking for the two people seen in the security images above in connection with the shooting.

"Immediately following the shooting, these two individuals are seen leaving the area in a gray Chevy Malibu," a statement from the police department said.

Anyone with information on their identity or their whereabouts is asked to call the Ferguson Police Department at 314-522-3100 or Crimestoppers at 866-371-8477.