Teenage passenger was shot to death before fiery crash in St. Louis 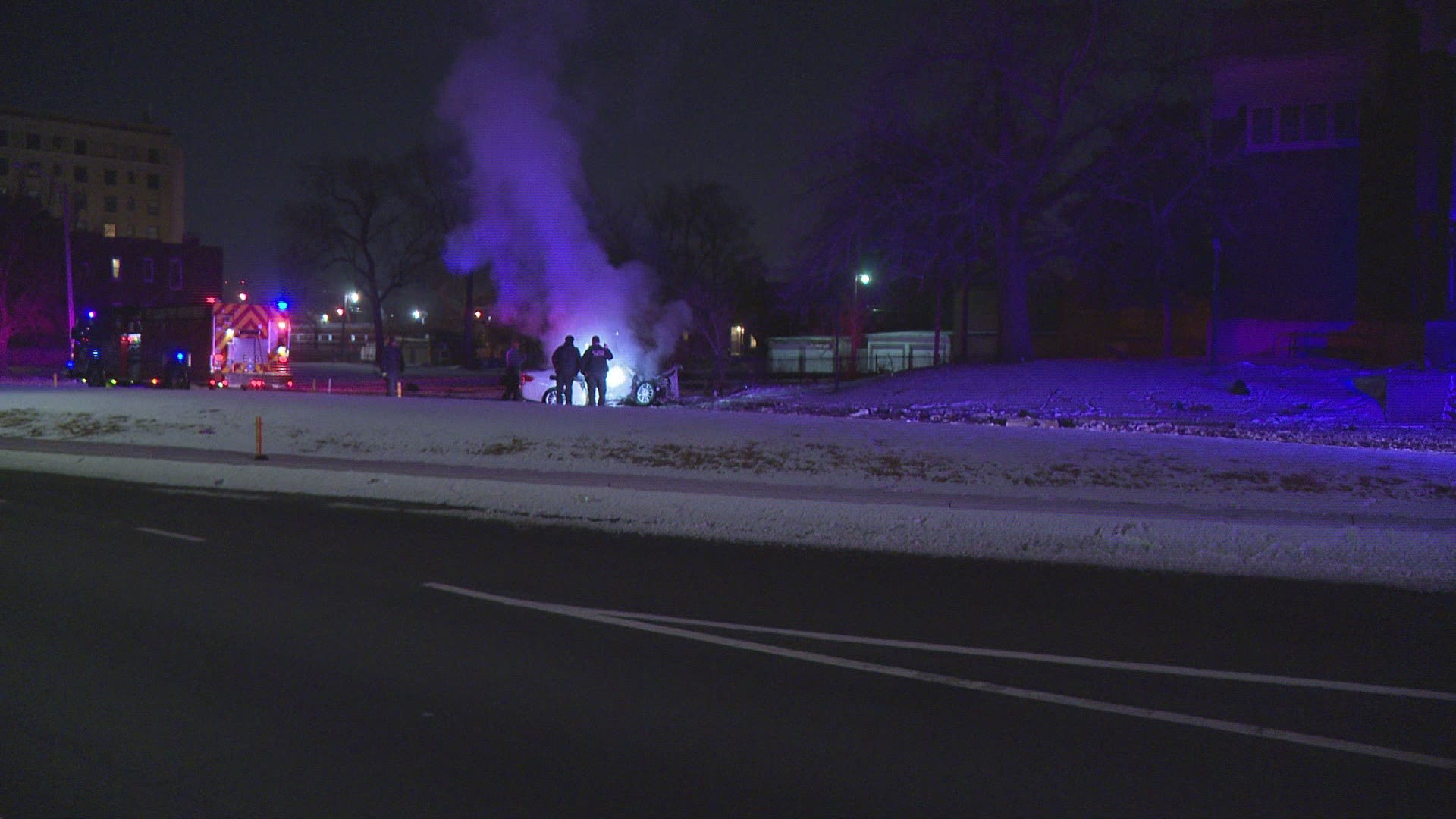 ST. LOUIS — A 17-year-old girl whose body was found burned inside a car following a crash was dead before the car caught fire, according to sources familiar with the investigation.

Police have not released the girl's name, but sources say she was shot multiple times and had died before the car caught fire just before 1:30 a.m. Saturday at Natural Bridge Road and Prairie Avenue.

The 18-year-old driver was speeding eastbound along Natural Bridge after he had been shot several times.

He lost control near the intersection, veered off the road and crashed into a barrier and railings, police said. The car then came to a stop and caught fire.

The driver's brother picked him up shortly after the crash and took him to a hospital, where he was listed in critical condition with stable vital signs.

First responders arrived to find the 17-year-old badly burned passenger, and believed she died during the fire. But an autopsy showed her lungs were clear, so she was not breathing during the fire, according to sources.

Police are still trying to determine whether the crash is related to a shooting, which happened minutes before the crash.

A 19-year-old victim told police his cousin had just dropped him off at his home on the 4600 block of Kossuth in the Penrose neighborhood when a white car pulled up and the masked driver told him to come over. When he got to the car, he saw that the man had a rifle. He then saw three other masked male suspects running toward him. One of them also had a rifle.

As he turned to run, he heard several shots and felt pain in his right leg. His grandmother took him to the hospital.