Richard Thomas Brown, 78, was arrested on a charge of aggravated sexual assault of a child. He met the girl at St. Mark the Evangelist Catholic Church in Plano. 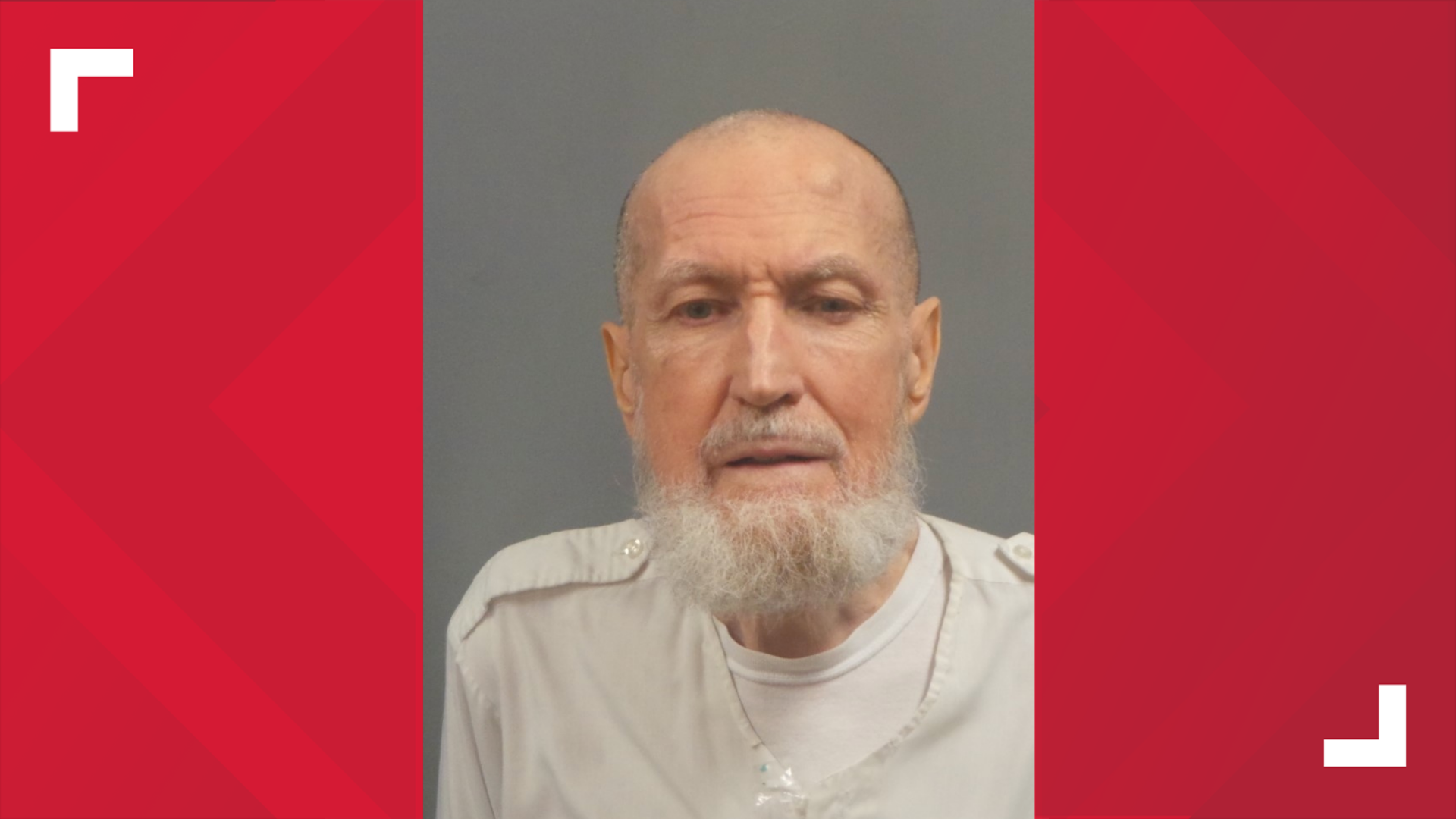 A former North Texas priest arrested this week for aggravated sexual assault of a child allegedly molested a girl he met at St. Mark the Evangelist Catholic Church in Plano, according to an arrest warrant affidavit obtained by WFAA Thursday.

The molestation occurred when the girl was between the ages of 6 and 14 between the years of 1989 and 1996, the warrant says.

Richard Thomas Brown, 78, was living under a fake name at Our Lady of Guadalupe Abbey in Pecos, N.M. when police questioned him last May about years of abuse allegations discovered in his personnel file at the Catholic Diocese of Dallas, the warrant states.

On Wednesday, Dallas police found and arrested Brown in Dittmer, Missouri, at an address associated with the Servants of the Paraclete Vianney Renewal Center. The facility is “a ministry” that “collaborates with sponsoring diocese and religious communities to provide a safe and supportive environment for the rehabilitation and reconciliation of priests and religious brothers.”

WFAA has reached out to the renewal center for comment.

On Wednesday, the Dallas Catholic Diocese said it had encouraged police to arrest Brown, who only recently was defrocked. The Diocese denies it had worked to hide Brown, and said it gave police information on how to find him.

Brown was ordained in 1980. He wasn’t removed from the priesthood until 2002, years after the diocese became aware of the allegations against him. He was finally defrocked in the last few weeks.

He was one of the 31 Catholic Diocese of Dallas priests named as "credibly accused" of molesting children. The Diocese released the list in January 2019.

According to the warrant, Brown befriended the victim’s family in the late 1980s and admitted to sexually abusing her on at least one occasion.

In May, Clark interviewed Brown at the abbey in New Mexico. He was living under the name “Father Peter,” according to the warrant.

During an interview, Clark asked Brown if he had molested any minors during his time at St. Mark’s. The warrant says Brown gave them a name and told the detective that the child’s father would bring her to early mass and he would show her around the rectory.

Brown told the detective that the child was “fascinated” by him, “sat in my lap” and “was aggressively all over me,” the warrant says.

He said that at first he only rubbed the leg of the victim but said he remembered one time where touched her private parts over her clothing, the warrant said.

The former priest stated “he didn’t know why he did it,” the warrant said.

Brown said later the family of the girl came to his new parish, Our Lady of the Lake Catholic Church in Rockwall, and told him they were going to be attending, but he discouraged them from doing so.

He also told police that “with the accusations and so forth and the realization that this was not good, I kind of stopped going to their house to visit them at all.”

The detective asked how many victims he believed he had abused and he said, “Less than 10.”

“The suspect only admitted that he abused each of his victims on only one occasion,” the warrant said. “The suspect blamed his deteriorating memory as to why he couldn’t remember other possible victims.”

He also blamed his memory issues for why he could not recall “what all he may have done to them,” the warrant said.

The diocese first became aware of a sexual abuse allegation involving Brown shortly after an incident in 1987, according to a warrant.

As a result, the diocese moved Brown to another parish, this time to St. Philip church in the Pleasant Grove neighborhood of Dallas, the warrant said.

In 1993, after the diocese was notified of an incident that occurred in 1981, Brown was sent for psychological testing at the Institute of Living in Hartford, records say.

A Dallas police detective obtained a copy of the March 14, 1994, report written by psychologist Richard Bridburg.

In the report, according to the warrant, Bridburg, states it’s his opinion that Brown had a long history of pedophiliac behavior.

“The exact frequency and content of the behavior is difficult to ascertain due to the suspect’s wish to minimize and portray himself in the best light possible,” the report says, according to the warrant.

Credit: Courtesy photo
This photo of Richard Thomas Brown was taken in the mid-1980s while he was a priest in North Texas.

The arrest warrant gives the following details from Bridburg’s report:

Brown “spent most of their consultation together trying to cover up the extent of his activity and manipulate the consultation even blaming his last victim for his behavior towards her,” the warrant says.

Bridburg writes that Brown admitted to sexually abusing multiple children between the ages of 8 and 10.

In 1991 and 1992, Brown became “very friendly with a family and in particular a female child of the family who was at his parish,” St. Mark the Evangelist Catholic Church in Plano, the warrant says.

Brown told Bridburg that the female child would run and sit in his lap and that she would “initiate the contact.”

The family was not identified in the personnel file, the warrant states.

Brown told police that he had a “wakeup call” after one of his allegations was brought forth to the Diocese and to therapy in 1994. He said after that, he did not abuse any more children.

But he admitted that he was attracted to “young girls” in the 1980s and 1990s, according to the warrant.

Weeks after interviewing Brown, police interviewed the victim that Brown had named, according to the warrant.

She told police that she recalled meeting him at an outing called, “Hike for Life” and he let her sit on his shoulders during the event.

She said she and Brown were “inseparable and she would be with him more than her father” because her father traveled a lot for work, the warrant said.

She told police that she spent a lot of time with Brown in the rectory.

The woman said the first time Brown was inappropriate was at his dad’s house in Richardson and that she remembered sitting on his lap at the piano and feeling his “erect penis ‘jabbing her’ on the buttocks,” the warrant said.

She said when she was in the bedroom, he exposed himself to her and sexually assaulted her.

The woman told police that on Friday nights, she would go with him to visit the Sisters of Charity and that he would get her in the back of his station wagon and sexually assault her.

She said as she got older, she would “do the readings” during mass at St. Mark and the suspect would want her to memorize the readings

The woman told police that she recalled one time that “Monsignor Smyth,” who is now deceased, caught them in the rectory with his penis in her mouth.

She believed that her mother was told and that Brown was sent to another parish, the warrant said. She said after that her family stopped attending the parish, but she recalled visiting him with her family at his new parish in Rockwall.