'I'll probably never get over it': Hit-and-run victim still recovering while preparing to say goodbye to her son

"I remember crossing the street, but I don't even remember having Xayvion in my arms or really anything else," said Lewis with tears streaming down her face 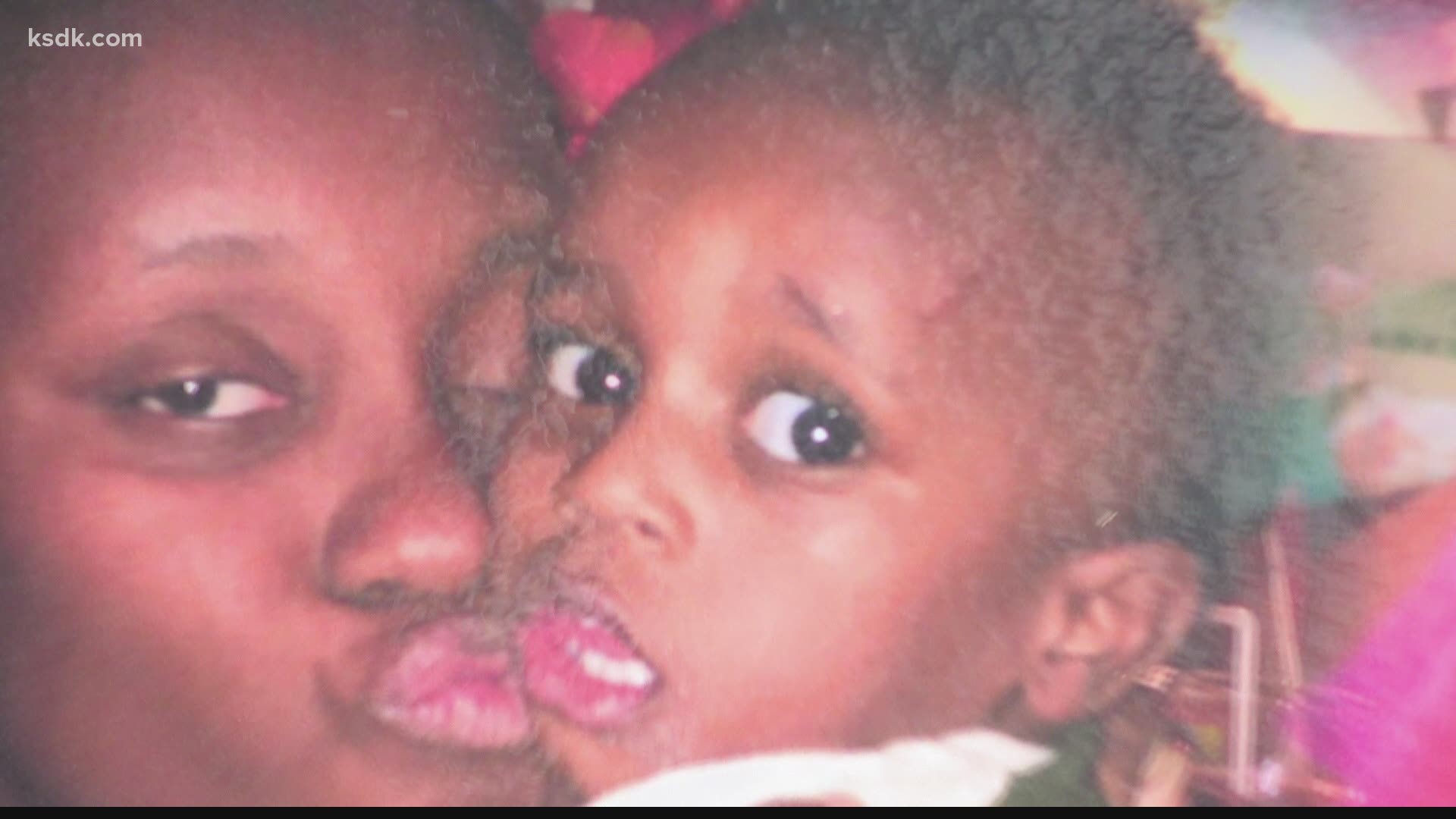 It's been two and a half weeks since Lewis, her 1-year-old son Xayvion and her 5-month-old daughter Nala were standing in the middle of Jennings Station Road in Jennings, waiting to cross the street and get to the family's car.

Witnesses told St. Louis County police Raymond Bryant Jr. sped down the road in a red Pontiac, hit the St. Louis mom and her children and then sped off.

"I remember crossing the street, but I don't even remember having Xayvion in my arms or really anything else," said Lewis with tears streaming down her face.

Police said Lewis, her son and her baby were thrown into the air.

"My mom told me while I was in the hospital and all I could do was cry from my hospital bed. I have so many wonderful memories of my child. I'm grieving and I'm mad at Raymond Bryant, Jr. because my son wasn't even here for his birthday. He should be here and he wasn't here to celebrate with us. He was my heart," said the sobbing mom.

The St. Louis mom suffered a head injury, a broken right leg, an eye injury and nerve damage to her right arm.

She's now using a walker to get around.

"I can't do nothing with my right arm right now. At first, I was in excruciating pain. Now, I can walk a little bit better with my injured leg and I can sleep on my arm without it hurting," said Lewis.

Amazingly, her baby girl, still strapped in her car seat, wasn't hurt at all.

"God had a purpose for her. It's a miracle she's still with us. She's a fighter like her mom," Lewis said.

"That's cold-blooded murder because he didn't come back, so I don't like the charges that he's being charged with," said Shikela Lewis.

Now, as the grief-stricken mom prepares to say goodbye to her toddler, she's also receiving some much-needed assistance.

Fighting Against Hit and Run Driving, a non-profit organization that started in 2017, is helping Shikela Lewis with her son's funeral expenses, providing the mom, her children and her other loved ones with counseling and more.

"This family is the epitome of the type of families we offer assistance to. They will be traumatized by this and they need an organization like ours that will continue the support long after today," said Fighting H.A.R.D's Founder, Tiffanie Stanfield.